Corporal Autrey J. Betar, 18, served in the U.S. Army during the Korean War when he went missing in 1950. 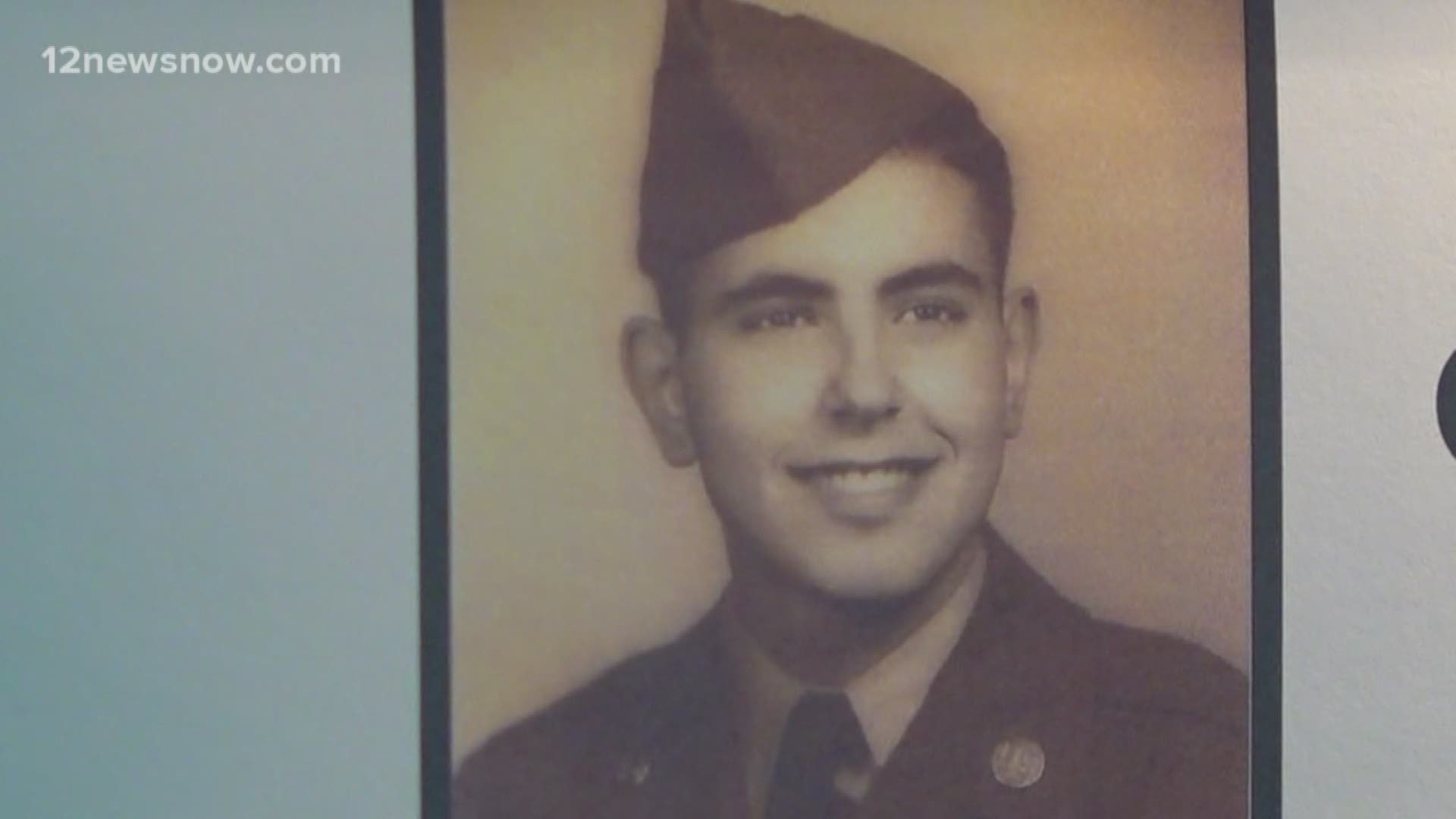 Corporal Autrey J. Betar had been missing for nearly 70 years.

On Saturday, Betar's remains were buried inside Greenlawn Memorial Park in Groves.

Rouly says she was only two years old when she last saw her uncle.

"What I remember the most is big boots," Rouly said. "Whenever he was getting dressed to leave and putting on those big army boots and giving me a hug."

Betar enlisted in the U.S. Army at the age of 17 while attending Thomas Jefferson High School.

RELATED: 'Would do it again in a heartbeat' | Southeast Texas salutes service members on Veterans Day 2019

Betar was deployed in the Chosin Reservoir area of Northeast Korea, where he was a part of an attack on November 27, 1950.

According to his obituary, Betar and his infantry became surrounded by enemy troops after being sent into sub-zero temperatures, where their guns jammed.

While retreating and fighting, Betar was reported missing in action on December 2, 1950, at the age of 18.

"It's been an honor for me to be a part of this and to bring some closure to the family," said SFC Nathaniel Turley-Knight, who has been coordinating Betar's return home with the family.

Betar's father, Robert, remained in contact with military officials in hopes his son would be found according to his obituary,

Over the years, no sign of Betar arose and it was feared that he became a Prisoner of War in Korea.

Since the Korean War, many presidents have tried to persuade the leaders of North Korea to return the bodies of U.S. Serviceman.

At a summit meeting in the summer of 2018, President Trump negotiated with North Korean leader Kim Jong-Un to have some of the soldiers returned.

"Once the remains were received in Hawaii, the mortuary affairs did DNA testing on each of the bones," said Turley-Knight.

RELATED: 'The good Lord was with me:' Bridge City veteran recalls surviving attack on Pearl Harbor

The military reached out to Betar's family after they were able to identify his remains.

Before the burial service, Betar was awarded a Purple Heart, Good Conduct Medal, a Presidential Citation and other awards.

"Very special day for us," Rouly said. "I'm very grateful that my uncle Bruce is very much aware of what a special day this is."

Bruce, Betar's brother, and other family did not show up alone during Saturday's service.

"I'm not a veteran, several of us in this group are not veterans," Emmett Hollier, a member of the Golden Triangle Patriot Guard Riders said. "But, we feel it is our duty to serve those veterans that served us."

His group has helped support many veterans in the past while they are laid to rest.

RELATED: Louisiana woman upset with conditions at cemetery in Groves

RELATED: Daughter angered by lack of upkeep of gravesite at Greenlawn Memorial Park

Yet, he says being a part of Betar's service is a bit more meaningful.

"To finally get his body back to the United States of America and be laid to rest in his hometown, what an honor," Hollier said. "What a great thing for the family."

Betar's family tells 12News they're grateful for all of the people who made this seemingly unimaginable event become reality.

More importantly, they want this service to provide belief in other military families that their loved ones will return home.

"Give them hope to never really give up," Rouly said.

55 crates were sent to the Pearl Harbor Base in Hawaii, with hundreds of remains expected to be inside, following President Trump's negotiation.

However, Betar is only one of 20 soldiers that have been identified.

Rouly says the family was given an option to bury Betar at the Arlington National Cemetery, a prestigious honor.

Yet, they chose to bring him back to Groves where the rest of his siblings are buried.

The family tells 12News Betar's return is a miracle, that has been gifted just in time for the holidays.

"70 years and here he is, coming home for Christmas," Rouly said.