The program that pays homeless people $9.25 per hour to pick up trash in the city has seen success among LR's homeless population, city and community members. 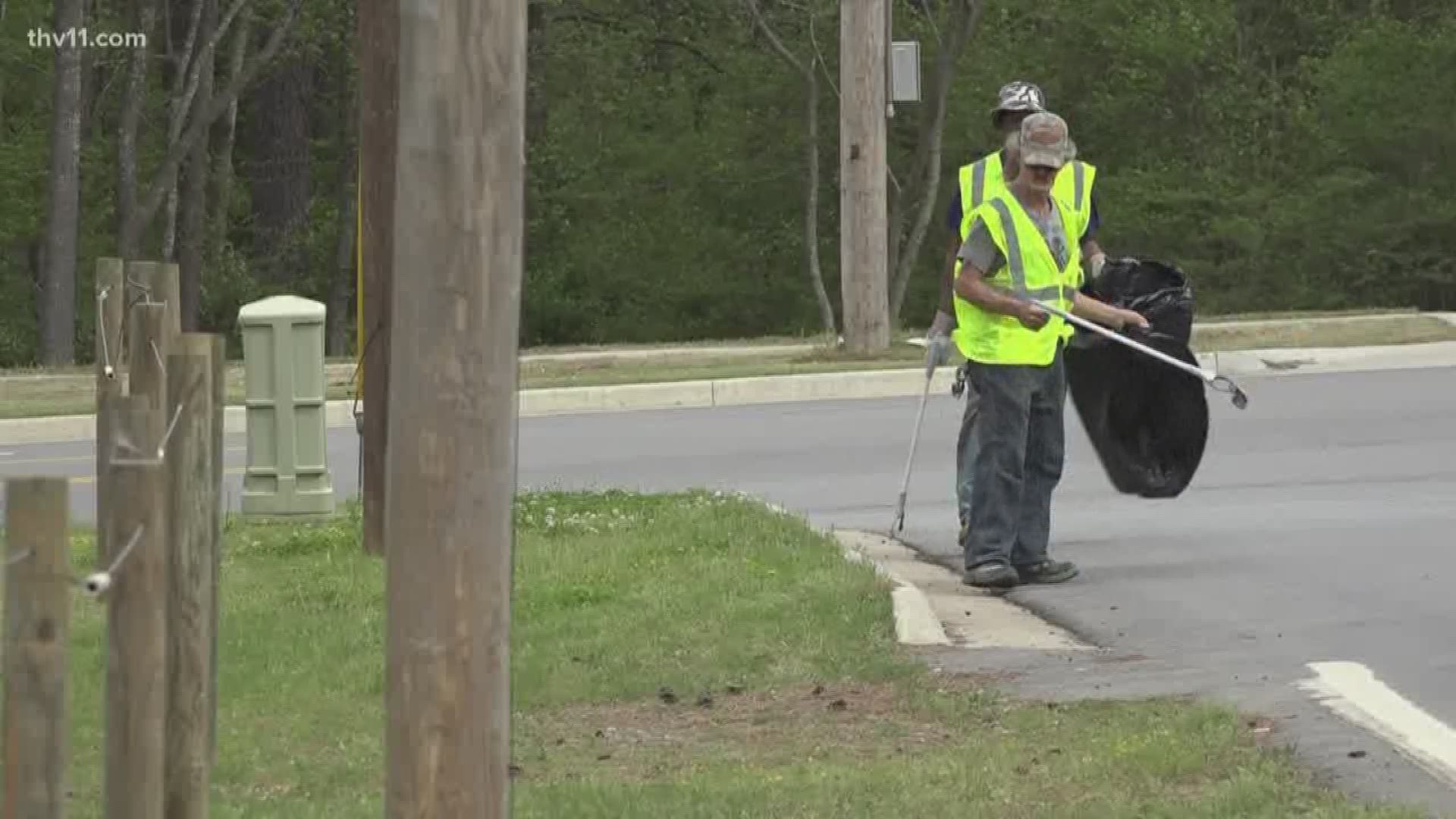 LITTLE ROCK, Ark. — The Bridge to Work program began in April paying homeless people $9.25 per hour to pick up trash in the city and was originally planned to last 6 months. Canvas Community Church in Little Rock has been in charge of the program since its inception.

At Tuesday's Board of Directors meeting, Mayor Frank Scott Jr. said he will draft a resolution to extend Bridge to Work through the end of September 2020—an additional year. (Update: Board members approved the resolution.)

During the meeting, Associate Pastor Paul Atkins spoke about how the program has successfully impacted the community, as well as the positive influence it has had on those who have participated. "We’re super excited about what has gone on, and we hope to be able to keep the momentum going,” he said.

The homeless participants have found more than just a sense of community (and a paycheck)— the program has given them mental and physical health services, as well as job interviews and, in some cases, temporary housing.

“We want to work with them on their next step," Atkins told the board members. "There are a lot of barriers that our people experience to go from homelessness and panhandling to full-time work. There’s a lot of steps in between.”

Atkins said 380 people have joined the work crews, some more than once. The teams work in groups of eight. Most sign up through the church, but each team leaves a space open in case a panhandler it encounters on its route wants to join. Atkins said 158 panhandlers had been approached and 44 accepted the invitation.

After a total of 130 sites cleaned, 1,821 hours worked, and 2,056 bags of trash—all within five months— hearts and minds have been changed.

Felecia Cooks, a team leader in the program, was not convinced it would be as successful as it has been for the city. "This is just a dream come true for the entire community," she said.

“When I first started, from Day One, I couldn’t catch the vision, nor could I travel the journey," Cooks stated. "But, you know, we’ve taken out over 400-and-something persons. And let me tell you, that has been the most exciting thing that I’ve done in my life. The energy, just the positive (energy), the vision that Canvas Community Church has. You know, it’s just wonderful.

"And the people, they love the vision or the program, and that’s what’s made it so exciting, that they know that Pastor Paul has worked hard for them. And this is just a dream come true for the entire community!”

Although the past five months have boasted many high points, there is still a need for volunteers to spend time with the homeless participants in an effort to have them feel a part of something they may not have felt in a while: a sense of community.

"To make the program bigger and better, we do need folks to walk with our friends on a one-on-one basis," Atkins said. "I hesitate to call it a mentor thing, cause you'll probably learn as much as you teach.

RELATED: Arkansas church pays off $3 million in medical debt for people in its community

"You know, that’s the kind of thing that you and I probably had from our families, and churches and synagogues and schools. You know, we had it all around us, and that kept holding us up and pushing us forward. Our people have lost that, either because they did something to burn a bridge, or the bridge just fell in behind them, and they just need that extra support.”

Board members Capi Peck, Lance Hines, and Kathy Webb all spoke highly of the results from Bridge to Work's first five months, with Peck calling the program a "win-win." The City of Little Rock spent $80,000 for the pilot's first six months, and the board will have to approve a resolution to extend the funding that Scott pledged.

Cooks got emotional as she spoke of the excitement she felt when Scott mentioned wanting to give the program another year.