The pilot program would pay homeless people $9.25 per hour to pick up trash in the city. 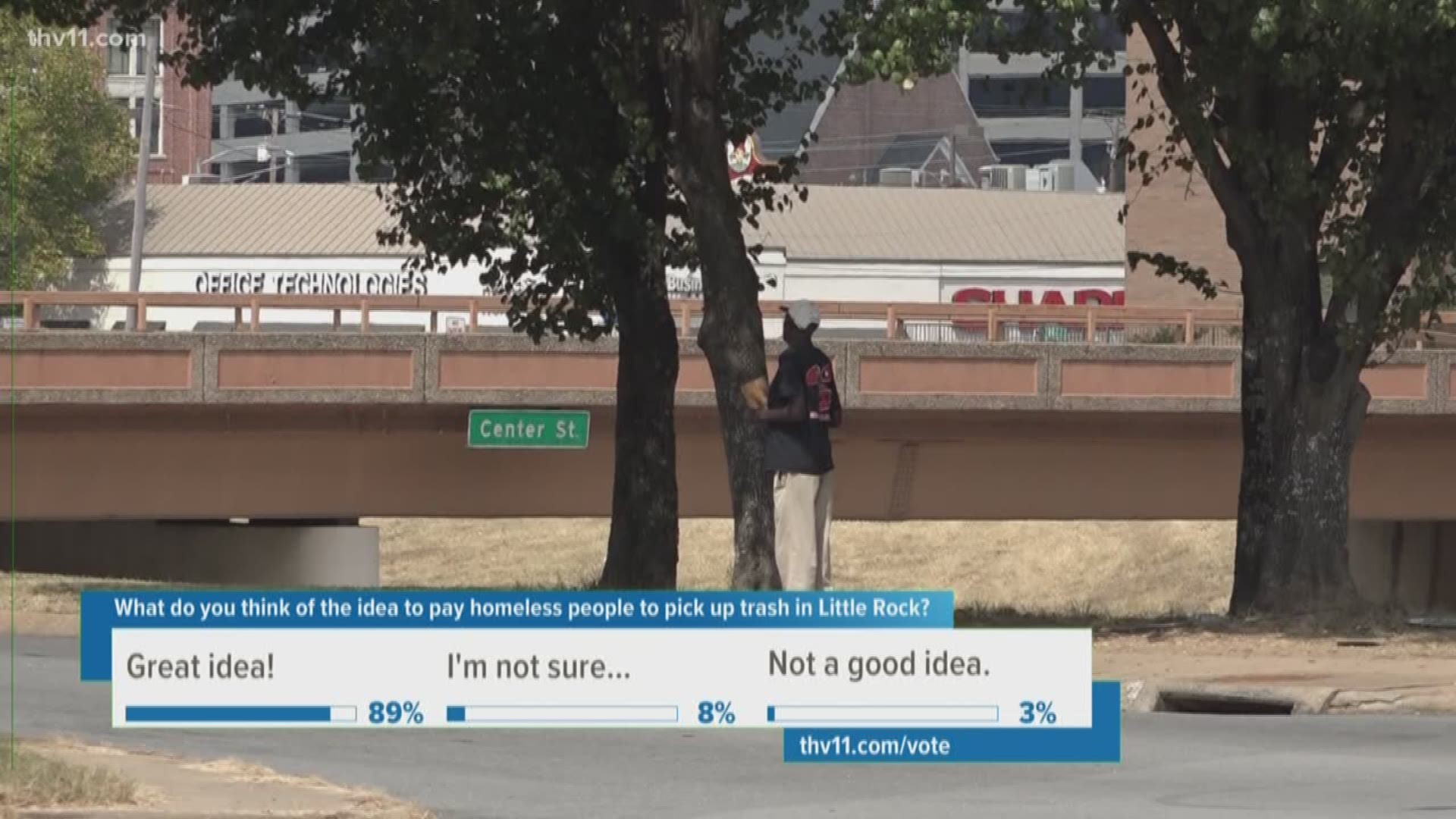 The City of Little Rock has passed an ordinance that will pay homeless people $9.25 per hour, the minimum wage in Arkansas, to help pick up trash in the city.

Canvas Community Church would run the pilot program, which pays homeless people to collect litter in the city. People would be able to work four hours a day for three days a week, according to the ordinance.

The program will receive $80,000 in funding from the Public Works Department. It is set to run from April 1 to September 27.

Two supervisors will also be hired for the program and will be paid $11 per hour. A supervisor would help pick up employees and transport them to and form work sites.

The program is based on a similar effort in Albuquerque, New Mexico called It's a Better Way.