City Church partnered with a national non-profit to turn a $26,000 donation into life-changing gifts for 1,589 people in central Arkansas— amounting to $3 million. 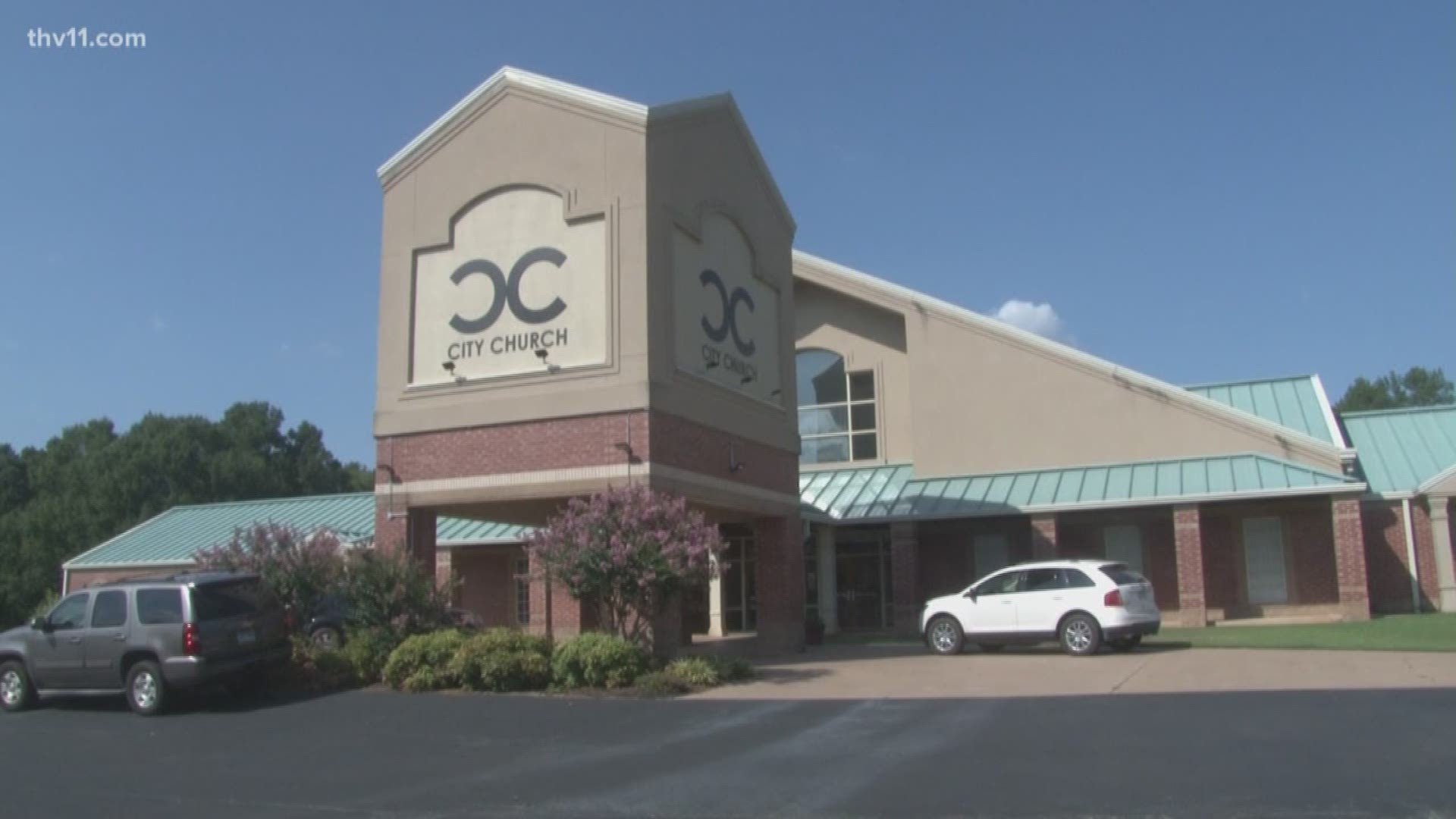 RUSSELLVILLE, Ark — Thousands of people in the River Valley are about to have a new sense of freedom.

City Church just wiped out more than $3 million of medical debt for its neighbors.

“It’s one thing to communicate to you ‘we love you’ to a community. It’s another to demonstrate,” Chris Abington, senior pastor at City Church, said Monday. “And Jesus always demonstrated it first.”

“And so, we thought, rather than a whole lot of branding, or a marketing effort, why don’t we just put our money where our mouth is? And, if we have an opportunity to pay off medical debt that impacts our community, what better way to make a statement than just say, hey, we’re for people, so let’s do something about it.”

Campus Pastor David Howell read an article this spring about a church in Kansas that had raised money to eliminate the medical debt for people in its community. He told Abington and other church leaders, and after they found out that the process is both feasible and simple, they quickly began planning.

“I think medical debt is different than any other debt, let’s say, like credit card debt I’ve accumulated,” Abington explained. “Medical debt, you don’t ask for that. It’s not like I decided, oh, great, I’m gonna go to the ER. Like, I’d love a trip to the ER!”

“Those are reported to credit bureaus,” Howell added. “That keeps you from being able to finance a home, finance cars. It affects your rent, affects your insurance. And so, when you think about it, just being indebted to something, that’s held over your head, it’s just, so much that it keeps you from doing.”

According to data from the Consumer Financial Protection Bureau, approximately 20 percent of American adults have unpaid medical bills, and the American Journal of Medicine reports that medical debt contributes to more than 60 percent of all bankruptcies. Often, when hospitals are unable to collect money from a patient, their accounts are sold to collection agencies. Often, those agencies take patients to court to extract payments, leading to further costs for people who could not afford to pay in the beginning.

“In the United States,” Abington said, “what is it, like, 60-65 percent of people have less than $1,000 saved. And on average, the average for what we paid off was about $1,800 a household. So, that’s massive. Like, that’s a massive shift in someone’s budget, in someone’s life, that would impact them.”

RIP Medical Debt is a non-profit that buys medical debt from collection agencies in order to forgive it. It erases the liabilities of people who earn less than double the federal poverty level, those who medical bills account for more than five percent of their annual income, and those whose debt is greater than the value of their assets.

“We believe the good news is just that,” Abington said. “I had debt. I couldn’t ever overcome that. I owed God. Like, I can’t live a perfect life, and Jesus paid it, free. So, it’s like this is a beautiful picture of the gospel: you have debt, someone else just demonstrates and displays love with no strings attached. It’s like, I’m all for that. I’ll do that all day.”

“But then they came back to us,” Howell explained, “and said, ‘we paid that off, but we’ve also been able to pay off $275,000 in Johnson County and $85,000 in Conway County.’ So, it was really a God thing, Him just blessing us and doing more than what we expected.”

In addition to those 1,398 debtors in Pope County, another 133 in Johnson County and 58 in Conway County will soon find out that their bills were erased. In total, $3,014,966 in debt was abolished.

“‘Taste and see the Lord is good,’” Abington said, quoting Psalm 34:8. “Sometimes you just need to have a taste of something really good happen to you, and all of a sudden you see, ‘okay, there are people that care!’”

Due to patient privacy laws, the pastors do not know which families will see their lives restored by their gift. RIP Medical Debt will send letters to each beneficiary in the next couple weeks letting them know that their debt had been forgiven and that City Church was responsible. Abington and Howell both said they the idea that the people benefiting from their good deed are hidden to them.

“We’re not giving to try and accomplish anything other than just sharing the love,” Howell added. “And, I mean, it’s the perfect gospel story. It’s debt being paid for no reason. And we’ve all had debts that have been paid for no reason.”

Abington tried to downplay the notion that what City Church did was extraordinary. “Our community is one that is extremely generous,” he said, “so we by no means are the ones that are doing all of it. There is—I mean, we’ve got incredible organizations like Russ Bus that are fighting, like, situational homelessness and homelessness. We have, like, the (First United) Methodist Church with Manna House and feeding people. I mean, we have the Connect Church that is just filling backpacks and giving food to a local elementary school every week. So, I mean, this is a community that is very engaged with people, and we’re just happy to do some part.”

Howell said his wife posted the news on Facebook Sunday evening, and it was shared more than 1,000 times. He said 40 pastors from around the country have reached out to him since then to ask about similar projects for their communities. He hopes other churches in Arkansas will give, as well, whether from their general operating budgets or special fundraising drives, to eliminate all medical debt for qualified debtors in the state.

Abington said his next big idea for City Church is to provide public transportation service within Russellville. “Upward mobility is a big deal,” he explained, “so I think about, if you can’t get to work, how are you going to get out of the situation you’re in?

“So, right now, if anybody’s got a bus or a van they want to donate, we’d like to see that happen.”

RELATED: A family in Springdale opened a firework stand to pay for daughter's wedding

RELATED: 'From His Throne Ministries' is in need of donations now more than ever 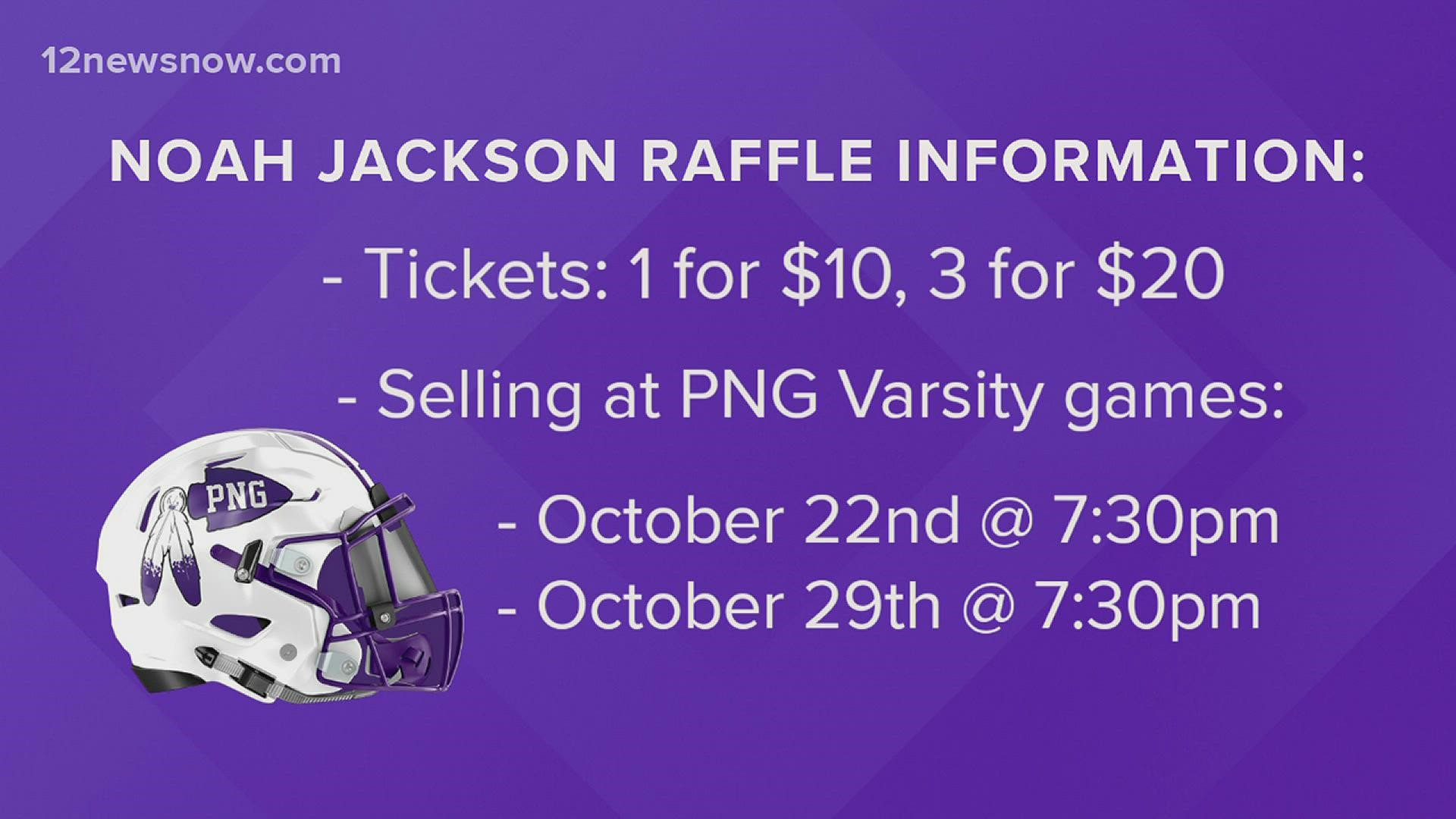