Administrators believe its flood insurance will cover the storm-related damage to its schools, but will still pay deductibles and other repairs. 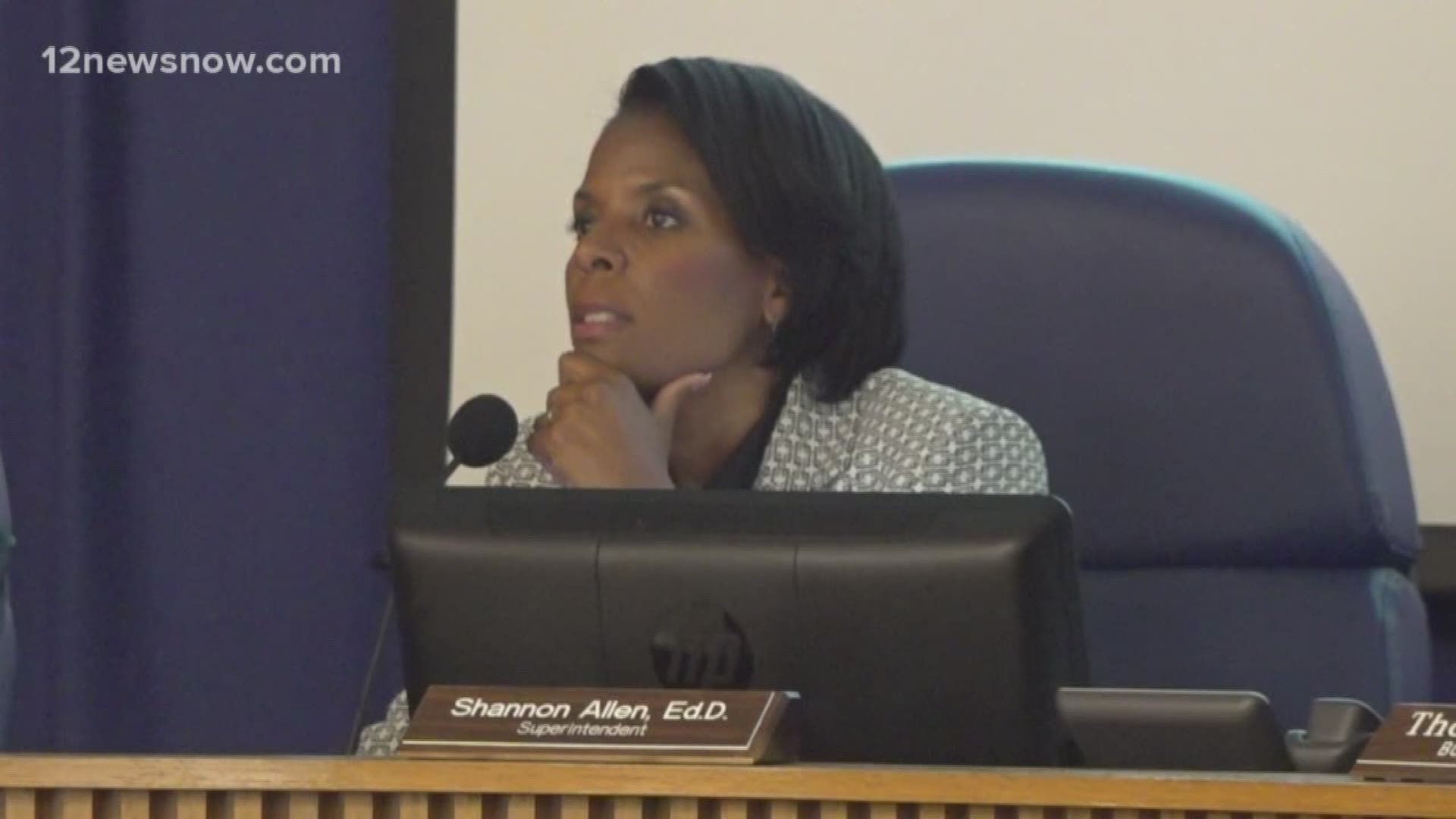 BEAUMONT, Texas — Beaumont ISD administrators believe its flood insurance will cover $10.6 million worth of damage to its schools.

Cheryl Hernandez, the district's Chief Financial Officer, presented a report to the school board Thursday showing how much damage BISD received.

Given the destruction of Tropical Storm Imelda, the district declared their own version of a state of emergency.

It allowed them to purchase services and equipment quicker than usual.

"We have rules that we have to follow, purchasing laws where we would have to actually bid something out before we spend it," said Hernandez.

During the "state of emergency" period, school districts can purchase items so that recovery efforts are expedited.

Item #1 was worth $10 million that would go toward Action Restoration, for remediation of Beaumont United High School, Marshall Middle School, Fehl-Price Elementary and transportation facilities.

Replacing furniture (desks, chairs and tables) for halls at United was the second item approved, worth $600,000 toward MeTEOR Education.

Beaumont ISD has $25 million in flood coverage, with a two percent deductible of the value of each district building.

Hernandez estimates that will be roughly $2 million which is part of the what the district would pay for out of pocket.

"Any windstorm damage or wind-driven rain damage, the repairs that we've done we've had to pay out of pocket because we will not meet the deductible on each of those buildings," said Hernandez.

The district says they lost more than $8 million in property, including $2 million in textbooks alone.

Hernandez tells 12News it's still unclear if the district will be paying more out of pocket costs as conversations with insurance agents are still ongoing.

"We've had a lot of surprises along the way and we deal with them," said Hernandez. "You never know once you tear something out."

With most of the storm-related damages covered in flood insurance, Hernandez anticipates what the facilities will look like in the near future.

"They'll look newer than what they had in the past and with the upgrades, it'll be good for our students," said Hernandez.

Emergency orders that the district has placed so far include emergency fencing, Asbestos Abatement, roof repairs, and cafeteria tables.

Hernandez says classroom and office doors, computer equipment, office supplies, and freezers for the United HS cafeteria are still items to be ordered.

The number of students has decreased within the district following the storm, with 41 less kids enrolled.

100 students have transferred from United to West Brook High School.