According to an arrest affidavit, officers saw Mark Smith reach towards one of the assault rifles on the passenger floorboard as they questioned him. 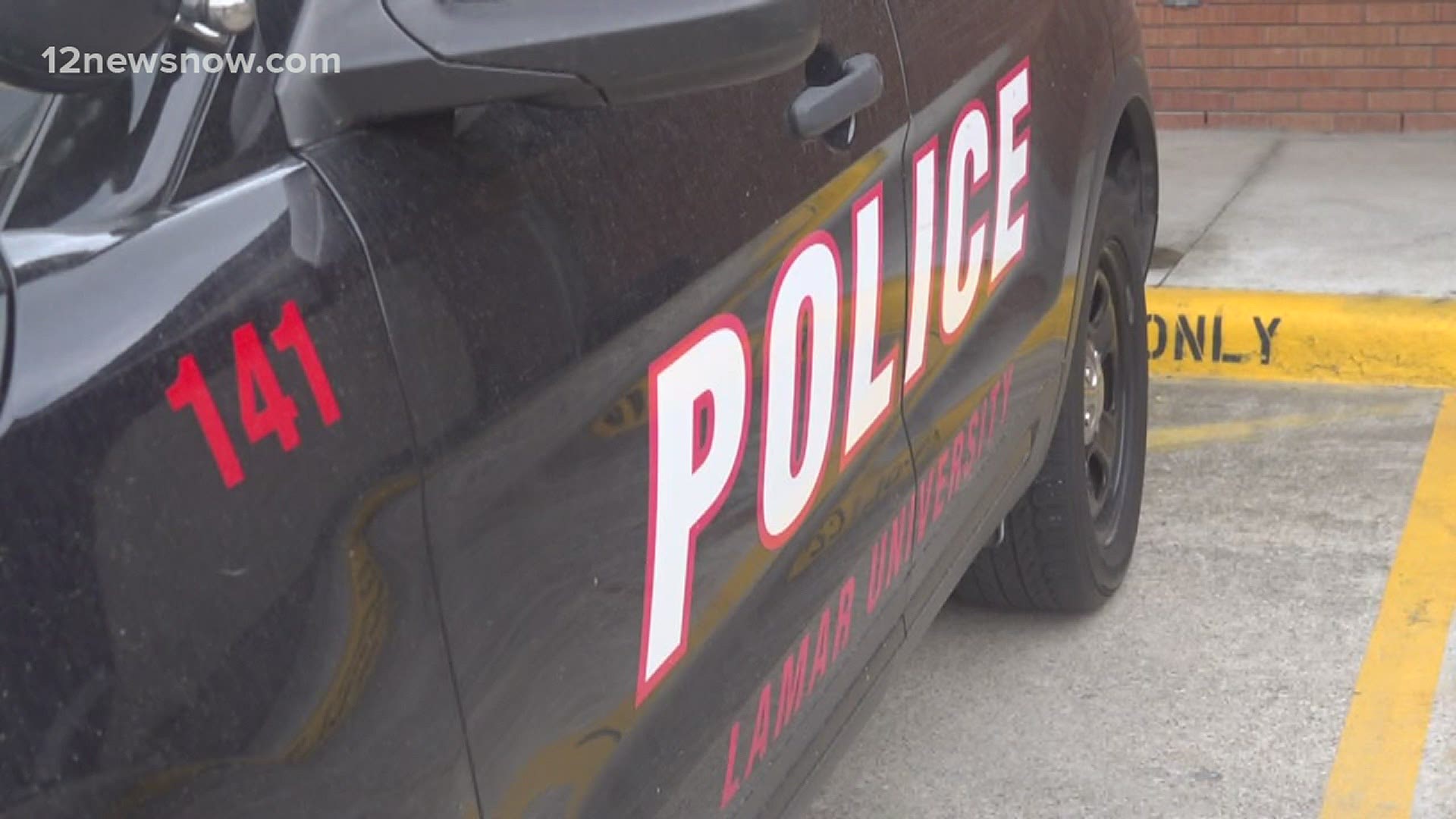 BEAUMONT, Texas — New developments have come to light surrounding the former Lamar University employee arrested Monday on campus with guns and ammunition just days after he was fired.

According to an arrest affidavit, officers saw Mark Smith reach towards one of the assault rifles on the passenger floorboard as they questioned him.

The affidavit also says Smith told officers his name was "Will Dickem,"
and it says he was so drunk he couldn't even complete a field sobriety test.

Police responded on Wednesday and then again on Friday to Mark Smith's Nederland home off of Gary Avenue. Both times he was taken to the Medical Center of Southeast Texas.

Even though more information is being revealed about what led up to his arrest on Lamar’s campus, his motive remains a mystery.

"I don't know what his intentions are. We don't know. We have no idea, but it could've been bad," said Sgt. Jarrod Samford.

What motivated Mark Smith, a former Lamar University maintenance worker, to show up on campus while allegedly drunk with heavy ammunition inside his truck Monday night?

Here's a timeline of what we know.

"We train our guys and they have an awareness around 'em. We say, 'keep your head on a swivel' and they absolutely did that night," Samford said.

Call records show Smith was 'suicidal and homicidal,' and he was taken to the Medical Center of Southeast Texas to be checked out.

Samford said he was aware of the Nederland Police Department going to Smith's house last week, but there was no warning given to he and his department regarding smith.

He is pleased with how his officers helped bring Smith and his weapons off the street Monday night. Those loaded guns Samford said are in a secure place.

"Nobody was hurt. Everybody went home that night. It could've been a bad situation, but it was a very positive, positive outcome," Samford said.

Mark smith remains in a Jefferson county jail. His bond is set at $4,400. Jefferson county District Attorney Bob Wortham says the reason for such a low bond amount is that the four charges Smith faces are all misdemeanors, which constitute a lower bond amount.