Officers also found a bag of loose of ammunition in his truck. 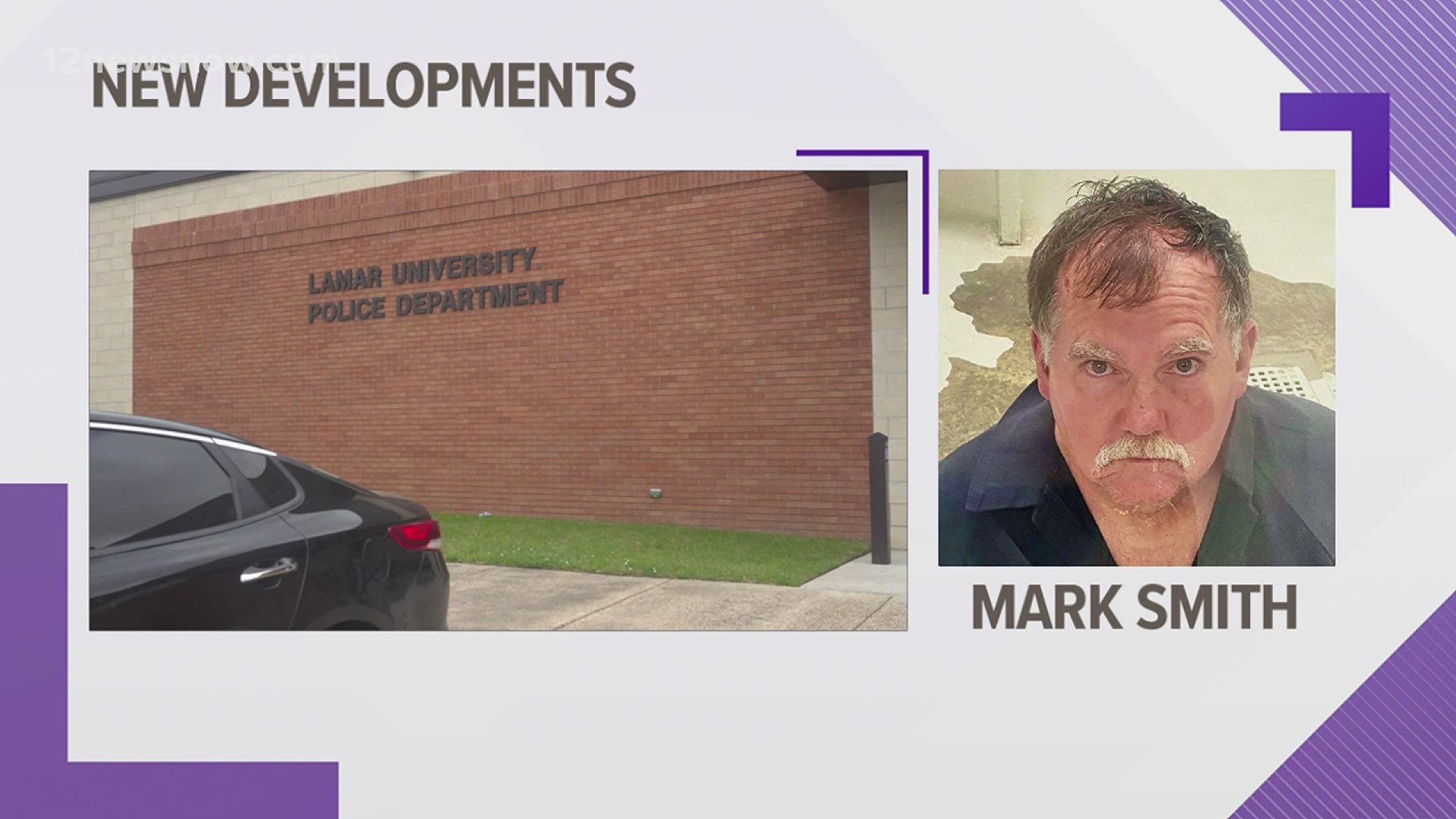 BEAUMONT, Texas — A former Lamar University employee with two loaded AK-47 rifles and five handguns in his truck was arrested on the campus Monday night on weapons and driving while intoxicated charges.

Mark Edward Smith, 63, who is accused of driving while intoxicated, unlawfully carrying a firearm and resisting arrest, was arrested by Lamar University Police officers and taken to the Jefferson County Correctional Facility Monday night, according to a news release from Lamar University.

At about 9:14 p.m. a Lamar officer noticed a man, who turned out to be Smith, following her around campus in a white pick-up truck the release said.

She called for backup, and she and another female officer stopped and spoke to Smith in the T-9 parking lot at Iowa Ave and Rolfe Christopher Drive. He appeared to be intoxicated, was "highly agitated" and told the officers to shoot him, according to the release.

The officers were able to subdue and arrest Smith before taking him to the hospital for a medical check and then to jail.

When officers searched the truck, they found that Smith had two loaded AK-47 rifles, five loaded handguns and a bag of loose of ammunition "within his immediate reach."

Porter did not say what the nature of that call was.

Smith's charges and reason for termination:

Jefferson County jail records show that Smith is being held on a total of $4,400 in bonds on four charges including driving while intoxicated, unlawfully carrying a weapon, failure to identify, resisting arrest. Smith has no prior convictions, according to the Jefferson County Sheriff's Office.

Smith was an HVAC controls mechanic at the university from May 2016 until last week, a Lamar spokesperson told 12News on Tuesday. Smith was terminated due to "a personnel matter" on March 22, 2021, according to Lamar University's human resources department. Records show Smith was suspended on March 18, 2021.

A criminal trespass warning has been filed against Smith for all of Lamar University's property and students and staff have been warned to contact police if they see him on campus.

An “LU Alert” is now the talk of the Lamar community after Smith’s arrest. Some students are wanting to know why he was on campus with that kind of fire power.

“This one was different. You cant ignore this one. That's scary,” one student said.

The incident has student Alexis Davis thinking twice about her own safety.

“With everything that's been going on around the country. I've kind of prepared myself for something like this or like what I would do. So it was more of a shock and surprise like it was hitting home for us,” Davis said.

Lamar University spokesperson Shelly Vitanza says this is what campus officers are trained to do, and she's praising the officers for their quick action.