Members said it is yet another reason to end the lockout. 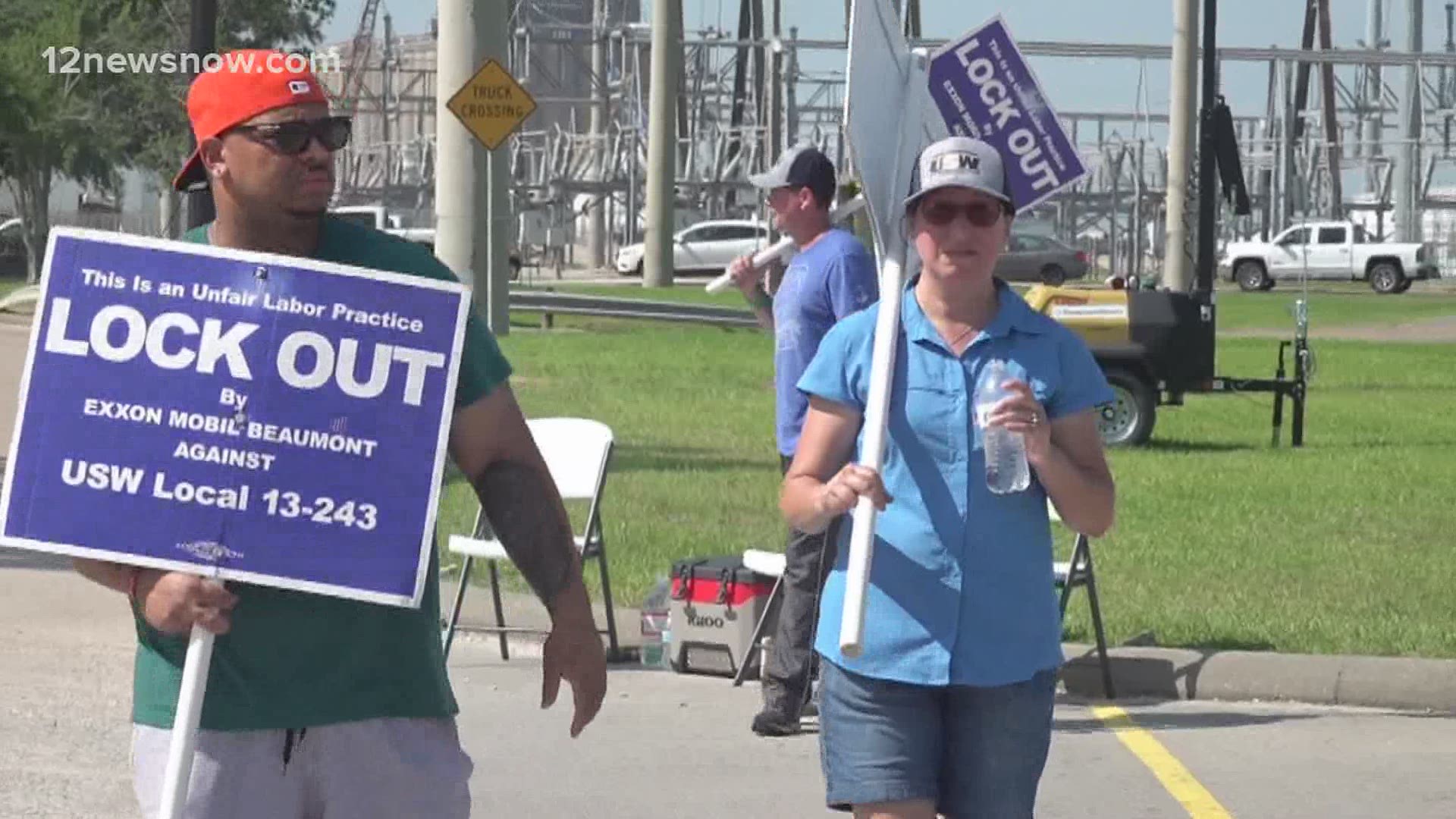 BEAUMONT, Texas — Some union members at ExxonMobil have questioned how the refinery will operate without them during a possible tropical storm.

Members said it is yet another reason to end the lockout.

More than 600 union members have gone without paychecks for six weeks, and they are desperate to get back to work.

A handful of union members lined the streets outside of ExxonMobil to protest.

The members have vowed to continue showing up to the plant to express their grievances as the lockout continues for hundreds across the region.

“No matter the weather, I am going to come out here and do my part,” Lance Lastrape, union member, said.

They have been unemployed for almost six weeks.

“Not only is it affecting us, but it is also affecting our wives and our kids,” Lance said. “We went from making a good wage and great income, to our families struggling."

With an active hurricane season on the horizon, the lockout could impact the community as well, Lastrape said.

“I am also concerned about the facility and job and the people on inside that are working normally,” he said. “We would have all of these people to help out with a situation like this so this time with the situation it is not going to be so.”

Since January, USW has been negotiating for a new collective bargaining agreement with ExxonMobil.

Due to the fact that there was no firm resolution out of last week’s meeting, the lockout continues.

“Their proposal takes away from the basic fundamental of what the unionism is,” Hoot Landry, USW international staff representative siad,

However, ExxonMobil Plant Manager Rozens Dendy said they are operating in good faith in negotiations.

“This lack of progress is disappointing for everyone especially, our represented employees and their loved ones as they bear stress and the uncertainty of this labor dispute," Dendy said.

State Representative James White became the latest politician to speak-out about the lockout.

“I am encouraging and urging my friends in the USW and at the ExxonMobil to continue negotiating and arrive at a mutually beneficial compromise.” White said.

Since January, the USW and ExxonMobil have been negotiating a new collective bargaining agreement.

The two groups plan to meet this Thursday, June 17 to continue negations.

The energy giant’s current offer to the union is a five-year deal that includes a 1.5 percent pay increase and other incentives

Last week, the two sides met, but were unable to agree to the terms of a new contract.

12NewsNow will continue to track the latest in the negotiations.