Drivers walked away from fiery crash near Mauriceville

One of the vehicles caught fire after the collision Friday night on Hwy. 12 near FM 1136. 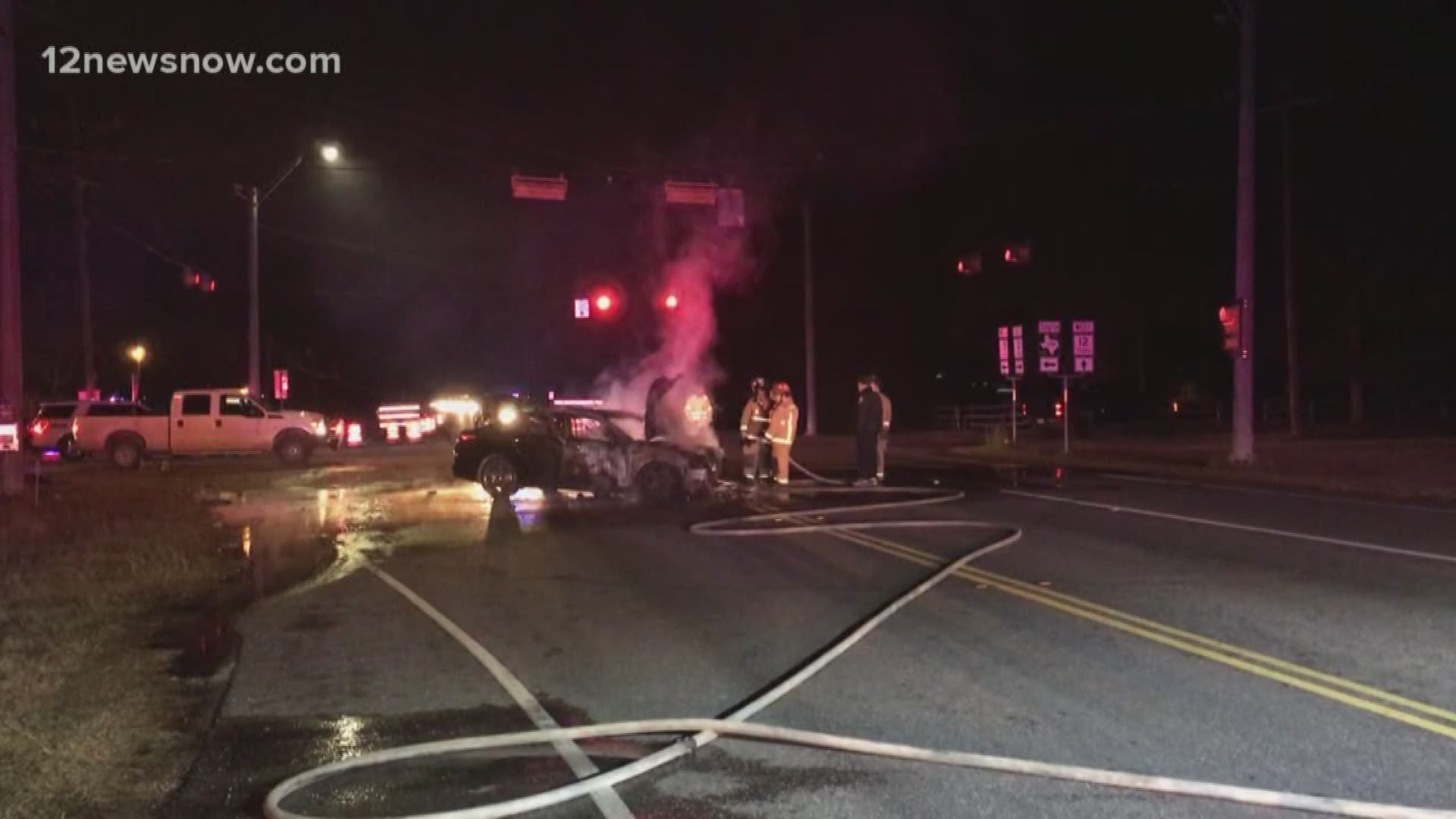 MAURICEVILLE, Texas — If you look at the video, it's difficult to believe both drivers walked away from a fiery two vehicle crash Friday night on Highway 12 near FM 1136 southwest of Mauriceville.

The accident happened when a 2019 Kia passenger vehicle and a 2007 Toyota SUV collided at the intersection of TX 12 and FM 1136 in Orange County about 8 p.m. Friday, Dec. 20, Texas Department of Public Safety Sgt. Stephanie Davis said in a release.

The Kia turned left in front of the Toyota and caught fire upon impact, Davis said. Highway 12 was closed more than an hour while first responders removed the wreckage and residual debris.

The 12News crew at the scene reported both drivers declined medical treatment. No one was seriously injured, Davis said, as DPS troopers previously reported.

He allegedly sold her for sex. She killed him. Now she's facing life in prison.

Man, 37, sentenced to 50 years in prison for impregnating child