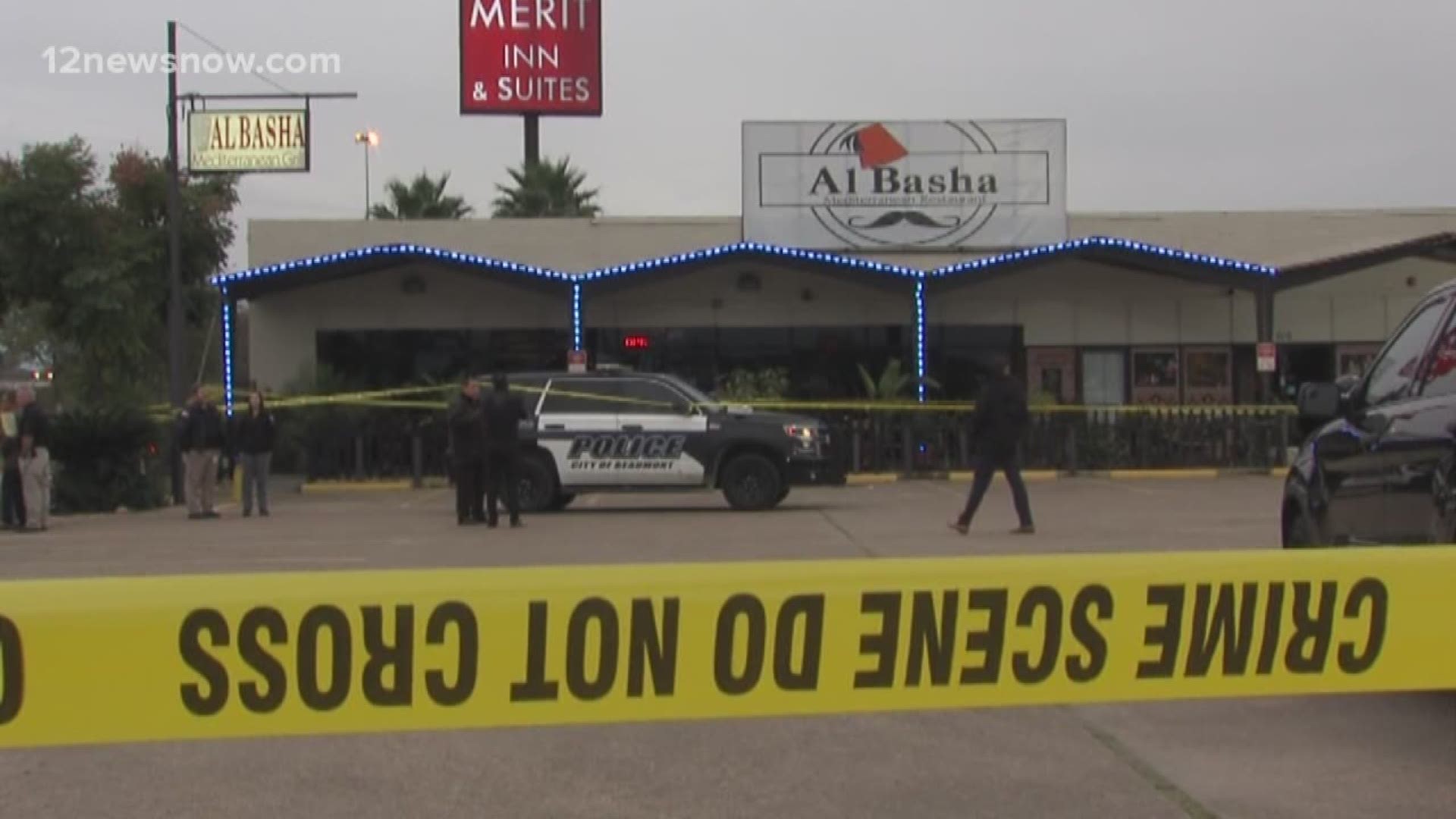 BEAUMONT, Texas — A Jefferson County grand jury cleared a Beaumont Police officer in the fatal shooting of a suspected burglar at a Beaumont restaurant in November.

A police spokesperson told 12News on Thursday that the officer is still on administrative leave as the department finishes its investigation but he is expected to return to work.

Beaumont Police identified Kennith Hooker as the man who was killed inside the Al-Basha Mediterranean Grill on Thursday, November 14, 2019. Police were called at about 5:15 a.m. about the suspected burglary.

He was shot and killed by an officer inside of the restaurant, after police said he tried to attack them with a 14-inch screw driver.

Police were told that someone was attempting to break in to the restaurant according to a Beaumont Police Department news release.

Once officers arrived, they found that the building had been broken into.  When officers went inside the restaurant to investigate they found the suspect.

While inside "during the encounter," a Beaumont Police officer shot the suspect.

Beaumont EMS was called and pronounced the suspect deceased on the scene, the release said.

At the scene as the sun rose, the Al-Basha Mediterranean Grill was surrounded by crime scene tape as police investigated.

The restaurant is on the westbound side of the interstate just east of 11th Street in Beaumont.

‘She feels like a mom’: This school secretary collects food to feed hungry students