One Beaumont man, who is visually impaired, said while he relies on city transit to get around, he only uses it when he absolutely has to because of safety concerns. 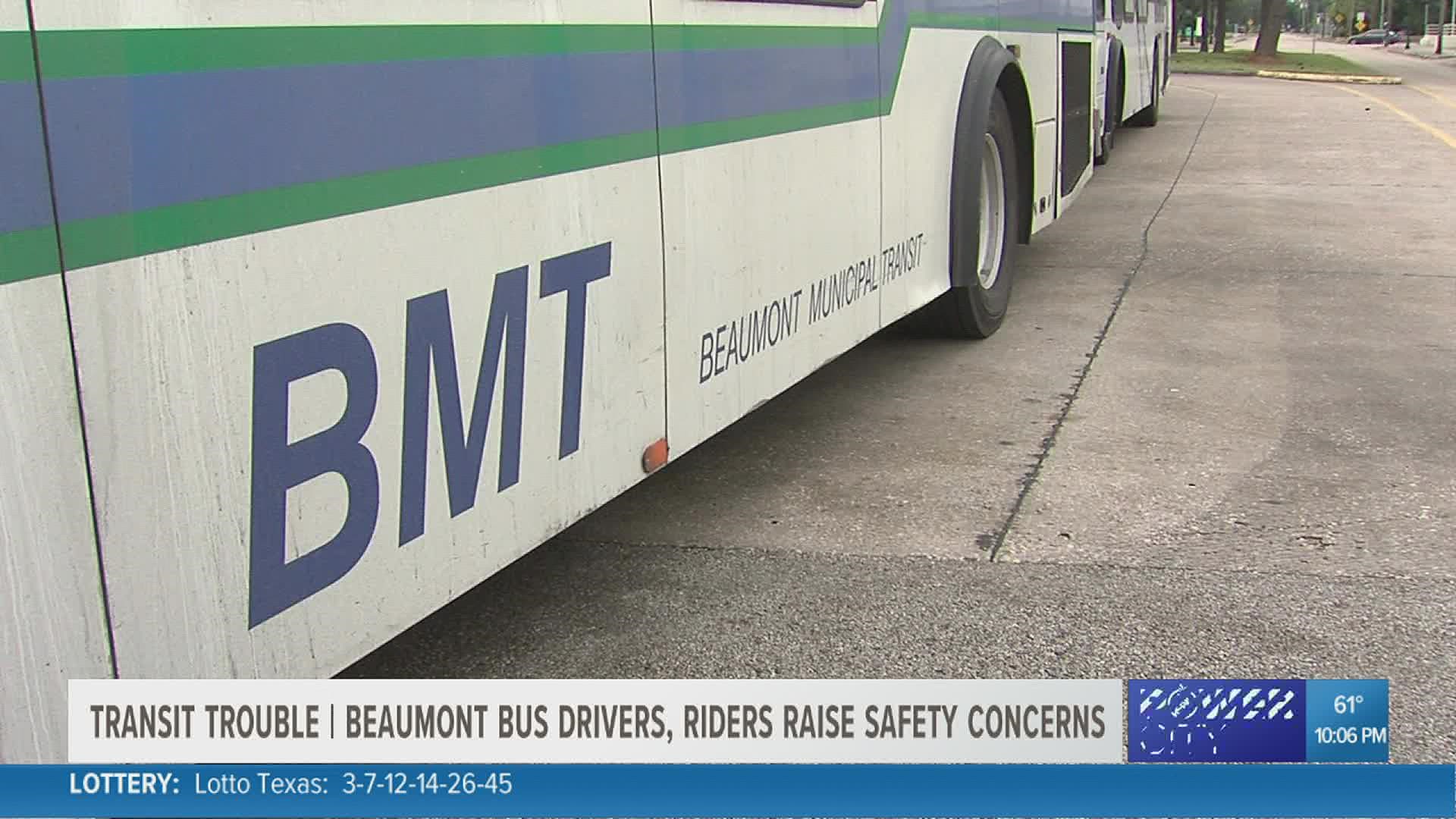 BEAUMONT, Texas — A change that Beaumont transit workers and community members have long awaited for concerning city buses could soon be under way.

Members of the Amalgamated Transit Union Local 1301 have been in contract negotiations with Beaumont First Transit since October of 2020. Transit workers have been threatening to strike amid wage and safety disputes.

“We have buses that shut down every day, every day in the middle of the street,” Gustavfia Moore, Beaumont Municipal Transit worker, said. “We've had a bus driver where the bus shut down on the highway.”

Transit workers and community members have complained about the safety of city buses due to holes, rust and leaks. Some transit workers have reported that buses have broken down in the middle of the road and on highways while they were full of passengers.

Being a visually impaired person, Semien said he is part of a community that needs a dependable, reliable and safe way to get around.

“I use the Beaumont municipal transit as a way to get around, since I’m unable to drive as a blind or visually impaired person,” Semien said.

Semien brought his concerns concerning city transit to the attention of the Beaumont City Council in 2019. However, he feels they did not take the issue seriously.

"It's almost like the bus might fall apart because it’s just rattling so loudly, and then you know, if it's raining, you know, it got to a point to where because of the age of the buses, they began to leak," Semien said. "I didn't use a transit system unless I just had to use it because of that."

Two years after Kenneth Semien raised his initial concerns, a change could be on the horizon.

A shift in management companies has helped this process move along.

“It's pretty complicated,” Boone said. “It's FTA federal dollars for the most part, as well as TxDOT state dollars that go into the system, as well as local dollars.”

Boone said with the new buses, they are rebranding with hopes of refreshing the Beaumont Municipal Transit image. City officials hope to attract new riders with new features that include bike racks and smart apps, like Uber and Lyft, that track the buses.

New buses are expected to be ready to roll by spring of 2022, but if supply chain issues continue to be a problem, they would not be ready until the summer of 2022.