Kipp Luster spent six years in prison before getting released early and landing a job at Exygon Health and Fitness Club. 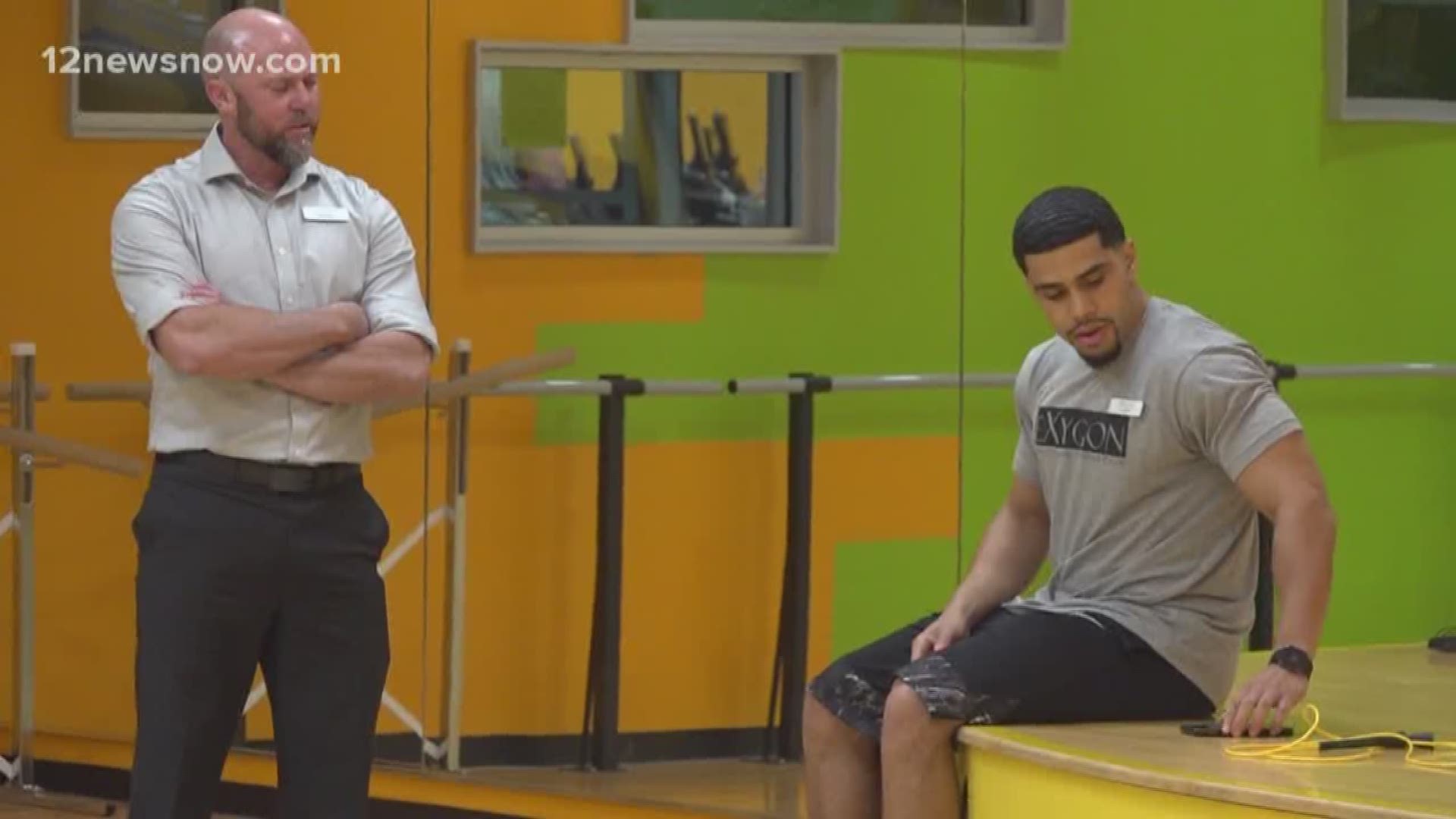 BEAUMONT, Texas — Many people jump at the opportunity for a second chance.

For 30-year-old Kipp Luster, that chance came at Exygon Health and Fitness Club in Nederland.

"They looked up to me for being a drug dealer and having all of the fancy cars, wearing nice clothes," Luster said.

In 2013, he was arrested for Possession with Intent to Deliver Cocaine after running from police in Beaumont.

"That led me to a dead end road," Luster said.

Two years later, a jury sentenced him to 20 years in prison.

"While I was incarcerated, I adopted some good habits as far as dieting, exercising and I developed a relationship with the Lord," Luster said.

That new lifestyle earned him an early release.

Luster wanted to turn his new found fitness hobby into a career, but after six years behind bars, it wasn't easy.

"I got discouraged because I went around to all the gyms in Beaumont and I was denied," Luster said.

He began working as a server at Golden Corral after his release.

Yet, he decided to quit after a month because his passion was fitness.

In June 2019, his luck finally took a turn and the door for his new life opened up.

Travis Dugger, the owner of Exygon Health and Fitness Club, saw Luster working out with his fiance in his Beaumont Gym.

At first, he thought he was training her, which is against gym rules if you're not an employee.

"He was very apologetic, he was like 'I'm certified, I didn't know that,'" Dugger said.

The two continued talking and Luster, who had only been released more than a month, got hired on as a personal trainer for Exygon's Nederland location.

Within months, Luster then got promoted to fitness director.

"It's just awesome to see him grow more spiritually, physically, and mentally. Everything is all evolving for him," Dugger said.

Dugger works ministry for the Jefferson County prison, so he understood the path Luster went through.

Although working out is a part of his new life, he says training others in fitness doesn't feel anything like a job.

"I help them not only with their fitness goal, but with their problems in life too because I've been through a lot," Luster said.

Dugger says Luster's unselfishness and generosity has gained him a lot of support.

For Luster, he tells 12News he wants his second chance to serve as a reminder for others.

"It gives me a platform to show people there's another way. You can change your life, it's possible," Luster said.

He says the next thing to check off on his list, marrying his fiancee.

Luster hopes his work ethic and faith will help his 14 years of federal probation get reduced.

Lumberton ISD superintendent resigns from position, to move into new role for district

Man indicted, arrested in connection with murder of Newton County man who disappeared in 2017