Jonathan Paul Menard was arrested in Calcasieu Parish on February 11, 2021 on a parole violation 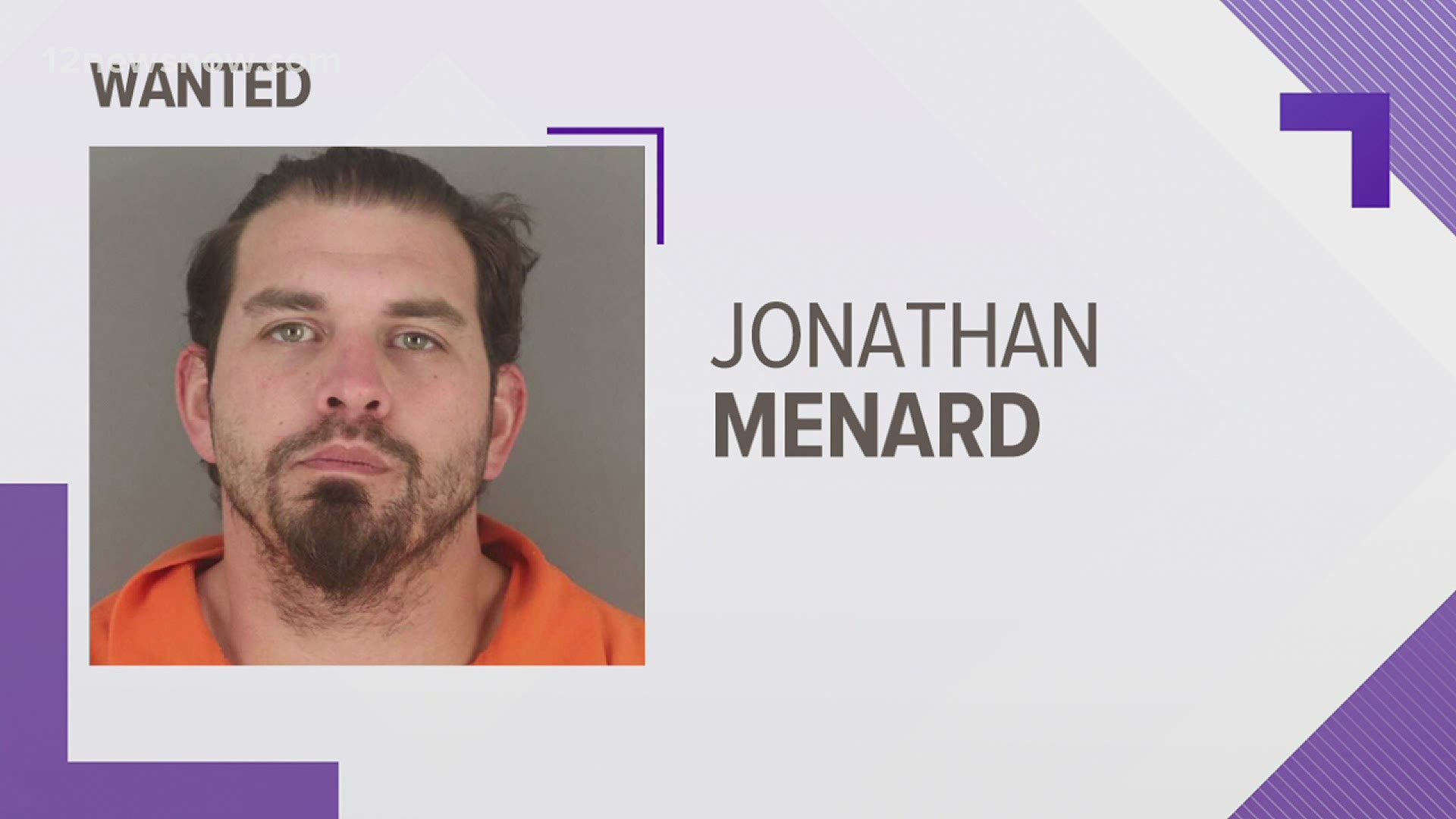 BEAUMONT, Texas — Beaumont Police have announced an arrest in connection with the death of a missing Beaumont woman whose skeletal remains were found two weeks ago in Southwest Louisiana.

Beaumont police obtained a warrant on on Monday, February 22, 2021 for Jonathan Paul Menard, 35, of Beaumont on charges of tampering with evidence according to a news release from the Beaumont Police Department.

Menard was arrested in Calcasieu Parish on February 11, 2021 on a parole violation and was transferred to the Jefferson County Correctional Center on Thursday according to the news release.

Police say they expect to file additional charges possibly as early as next week.

The remains were identified as Menard's girlfriend, Kayla Rice, who was last seen in late November, according to Beaumont Police.

She was reported missing in December by an out-of-state relative. Police say her vehicle  was “physically altered” when it was located.