According to preliminary investigations, police say they believe the vehicle went off an exit ramp and struck a light pole. 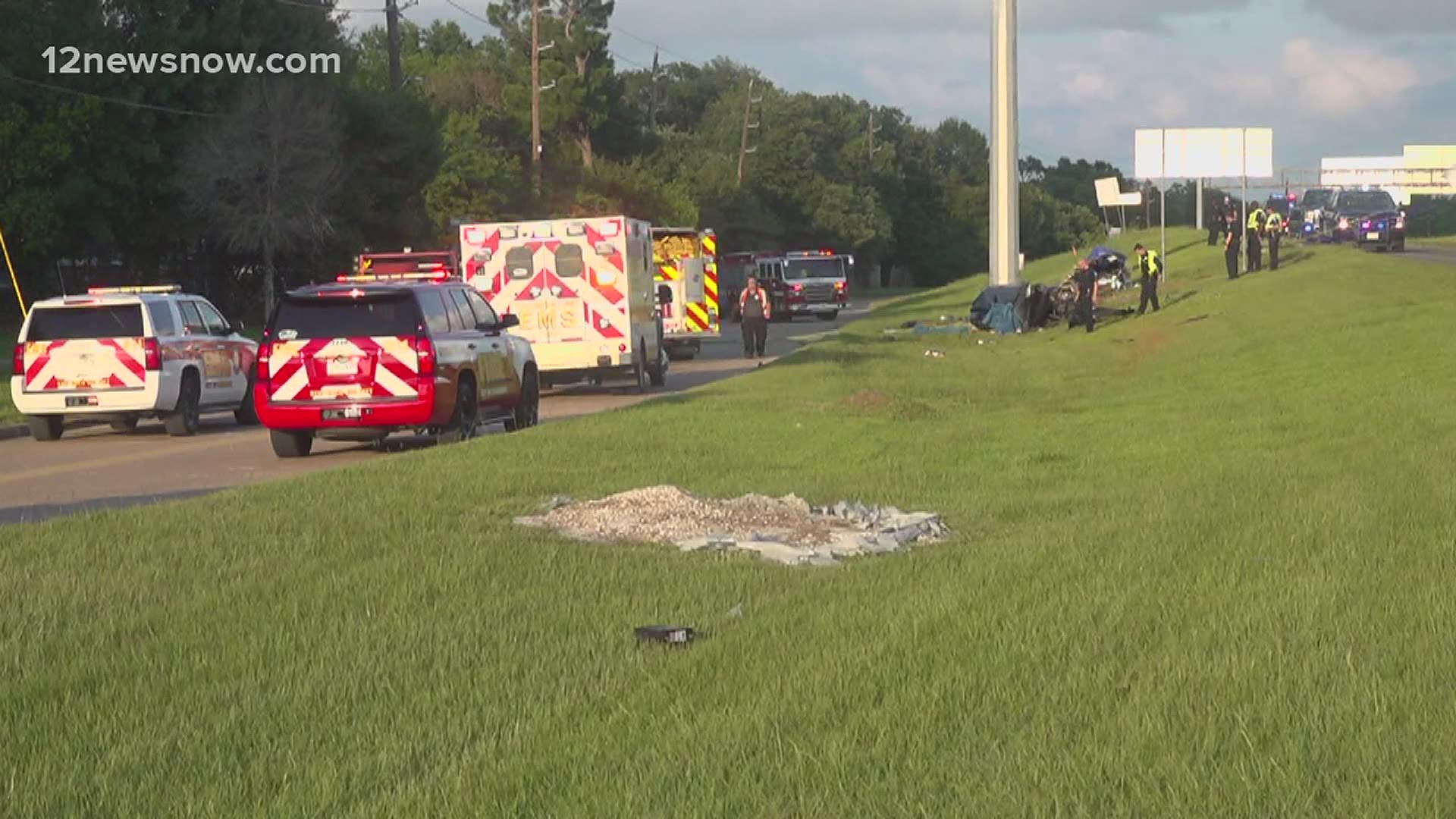 BEAUMONT, Texas — Police are investigating the cause of a single-vehicle wreck in Beaumont that left  a man and two women dead Tuesday evening.

It happened around 6:50 p.m. at the East Cardinal Drive and South Martin Luther King Jr., Parkway exit ramp in Beaumont. One vehicle was involved in the crash, police say.

Police have identified the three killed in the wreck as Braxton Socia, 48, Mandy Socia, 45, both of Groves and Melissa Hargrove, 47 of Beaumont, according to a Wednesday morning news release from the Beaumont Police department.

The release did not say who was driving the car.

MLK exit and service road are closed off as the investigation continues. Highway 69 coming into Beaumont from Mid County is also closed until further notice, police say. Morrow told 12News the investigation is expected to take hours.