Colorado man in custody after hours-long pursuit across Southeast Texas 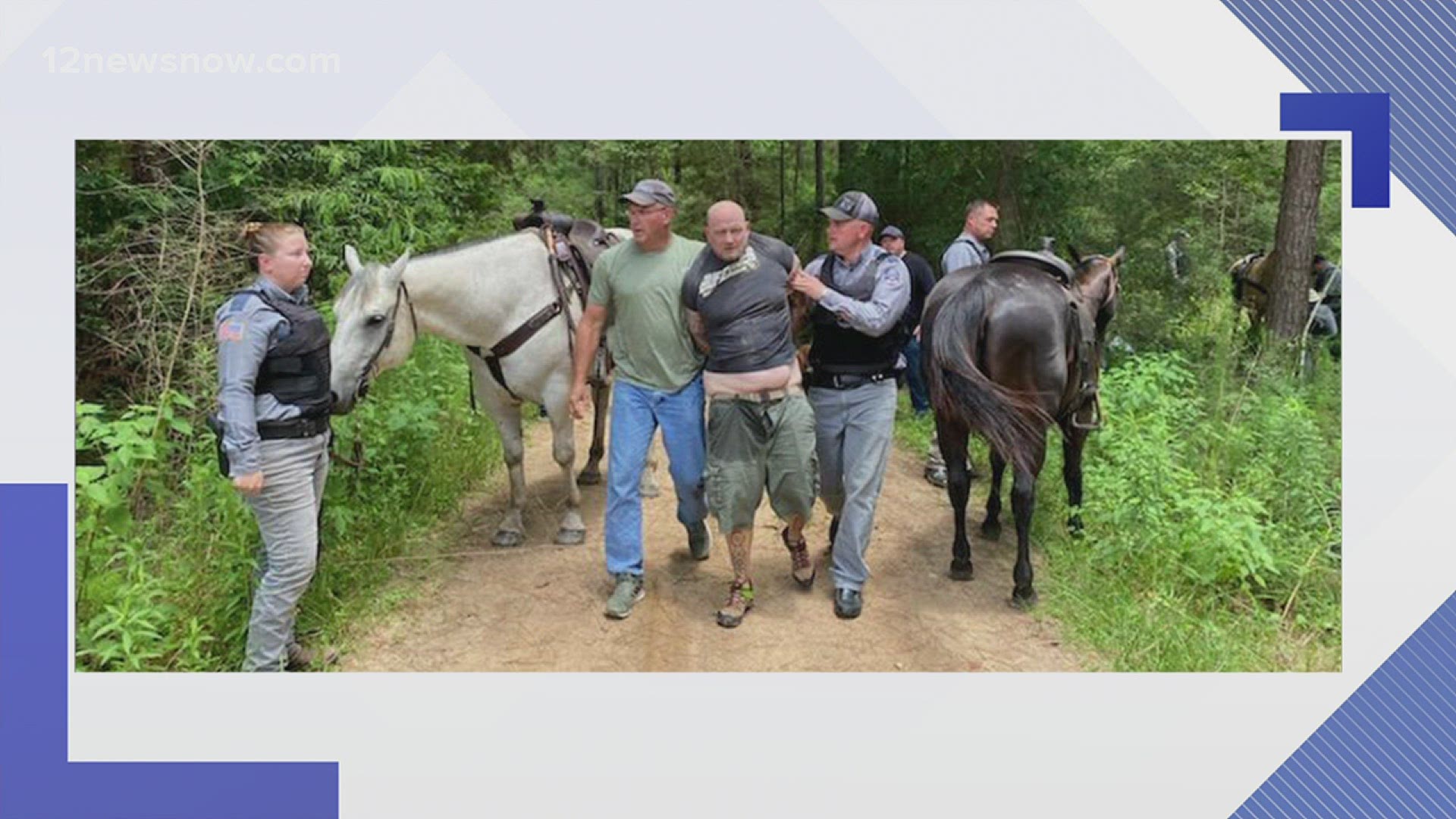 TYLER, Texas — A Colorado man wanted for a parole violation is now in police custody in Orange County after eluding police in Southeast Texas for three-and-a-half-hours.

Deputies learned that the chase started in the city of Orange, continued through Jefferson and Hardin Counties and ended on a private road outside of Tyler County.

Deputies say the driver fled on foot into a wooded area near the Tyler and Hardin County line.

Multiple law enforcement agencies were able to quickly secure a perimeter around the wooded area, according to the release.

K-9 officers with the Texas Department of Criminal Justice from Livingston and Dayton tracked down the suspect, and around 2 p.m. Sawin was arrested and taken to the Orange County Jail.

He is expected to face additional charges, according to the release.

Additional details are limited at this time. We will update with more if and when we receive more confirmed information.

On Tuesday, June 22, 2021, at approximately 10:30 am, The Tyler County Sheriff’s Office was advised Hardin County Deputies were in pursuit of a BMW passenger car on Highway 69. While enroute, Deputies learned that the pursuit originated in the City of Orange, traveling through Jefferson and Hardin Counties, and ended on a private road just inside Tyler County.

The driver/suspect fled on foot into a wooded area near the Tyler/Hardin County Line. Agencies, including the Tyler County Sheriff’s Office, Hardin County Sheriff’s Office, Orange Police Department, Texas Department of Public Safety and ATF were quickly able to secure a perimeter around the wooded area. Texas Department of Criminal Justice K-9 Units from Livingston and Dayton were successful in tracking the suspect and at approximately 2:00 pm the suspect was arrested.

The suspect was identified as Gregory Sawin, age 45 of Denver, Colorado. Sawin was wanted in Colorado for a Parole Violation. Sawin was transported to the Orange County Jail where he will face additional charges.