Just over 30 minutes into the service as Pastor Donald Scott was preaching the threat came in as a comment on a live video. 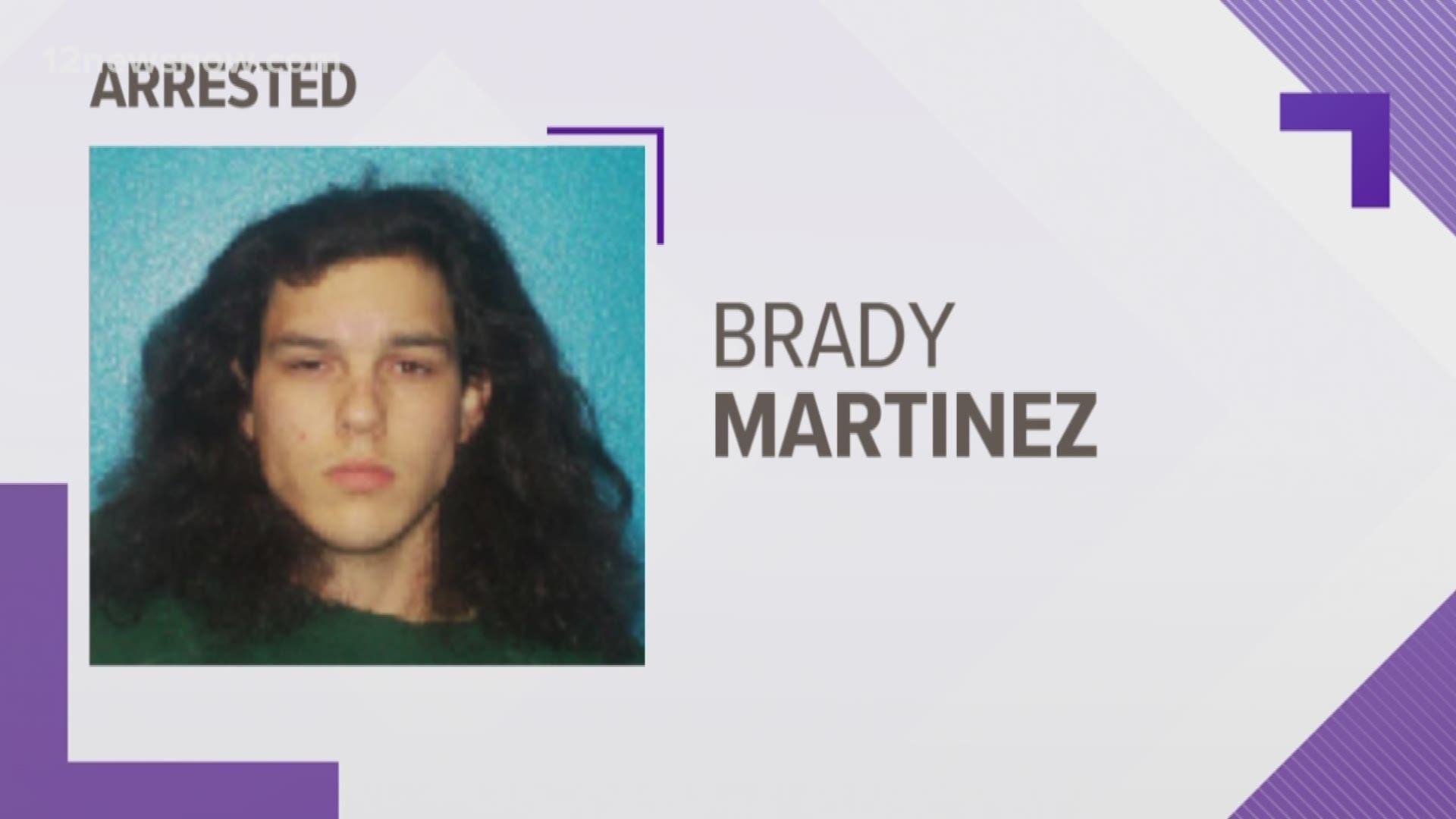 LIBERTY, Texas — Sunday morning services were interrupted at a Liberty church and a Kountze man has been arrested after a threat was made during a live stream of the church’s service on social media.

The threat was made on a Facebook live stream of services at Open House Ministries in Liberty on Sunday morning, January 5, 2020, one week after two people were fatally shot at a Fort Worth Church of Christ.

Just over 30 minutes into the service as Pastor Donald Scott was preaching the threat came in as a comment saying, “Wheres the shooter I wanna see another shooting again” Associate Pastor Jerry Scott told 12News.

Scott described the service as a packed house and said there were also at least 20 visitors on Sunday morning.

Brady Michael Martinez, 19, of Kountze, was arrested Sunday afternoon by deputies in Hardin County on a class B misdemeanor charge of terroristic threat from Liberty Police according  Lt. Chip Fairchild of the Liberty Police Department.

When the church’s media team saw the comment, which has since been deleted, they commented back saying… “We will pray for you Brady. Thats not something you play with. Its not a joke.”

Within a few minutes someone from the media team then alerted Associate Pastor Jerry Scott who was sitting on the stage as his father, Pastor Donald Scott preached.

Once Jerry Scott saw the comment he wasn’t sure there could be a shooter already in the building or if the comment referred to a possible future threat he told 12News.

He then left the stage and called 911 and explained the situation to a dispatcher.

In the livestream video Scott can be seen coming back to the front of the church where he interrupted his father’s sermon to tell the congregation that there had been a threat and that the police were on the way to check the building.

He explained the situation and told the congregation they would all be moving to the foyer of the church along with members of the church’s security team to await the arrival of officers.

The church has several members on their security team who are licensed to carry weapons according to Scott.

“We have folks that are armed and they’re gonna go outside with you” Pastor Donald Scott can be heard saying from the pulpit as members start to move out of the sanctuary.

“Devil is a lair” Pastor Donald Scott can be heard saying in the video as he leaves the pulpit.

In addition to the church’s security team there was also a visiting minister at the service who is a Dayton Police officer Jerry Scott told 12News.

Officers from the Liberty Police, Texas DPS and Liberty County deputies responded to the church within a few minutes and were able to clear the building and determine that there was no shooter at  the church according to Lt. Fairchild.

Officers then worked on determining who was responsible for the threat and obtained a warrant for Martinez according to Lt. Fairchild.

Jerry Scott praised church members and police for how they all handled the situation and explained that would move forward and would definitely be having services later that evening.

“We’re not gonna allow the enemy to come and bring fear because fear is not of God for he has not given us the spirit of fear but a power and a love and a sound mind,” he told church members in the video.

He also mentioned that the church would be implementing more security measures.

Scott’s father, Pastor Donald Scott echoed the sentiment that the church was not letting the threat slow them down.

“What happened this morning happened because we stirred the devil up. You know when you make him mad he’s going to show up and he’s going to try to disrupt. But that’s all right, we’re going to go on. We’re gonna keep doing what we’re doing,” Pastor Donald Scott said.

The Liberty Police Department is planning to meet with church officials as well as other churches to work with them on how churches can respond to threats and how the police will respond according to Lt. Fairchild.

A woman who said she was related to Martinez commented on a post on The Bluebonnet News’ Facebook page saying that he was having some mental problems and that the family was seeking help for him.

Associate Pastor Jerry Scott commented on the thread saying… “We ask for the community to pray for this young man and not show hate. God is a God of love and we will love this young man as Jesus has loved us. Your prayers will be a more effective than harsh opinions- OHM Pastors”

Scott told 12News that Sunday night, hours after the threat, the congregation followed through and prayed for Martinez.

Martinez remains in the Hardin County Jail where his bond is set at $1,500 on a misdemeanor charge of false alarm or report. He is awaiting extradition to Liberty County to be arraigned on charges there. 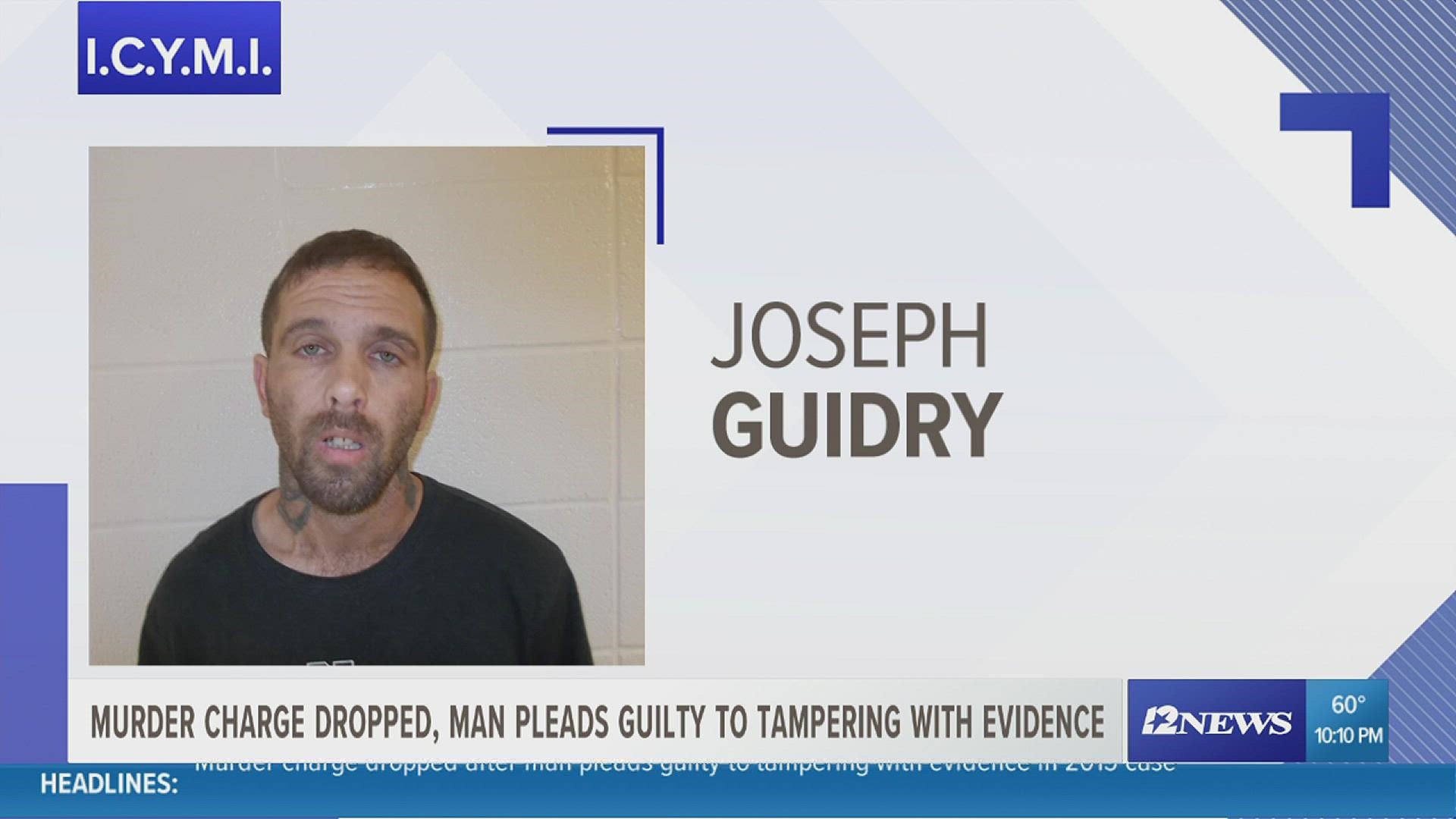