She'd been ordered to wear a "drug patch" as a condition of her release and the patch recently tested positive for marijuana. 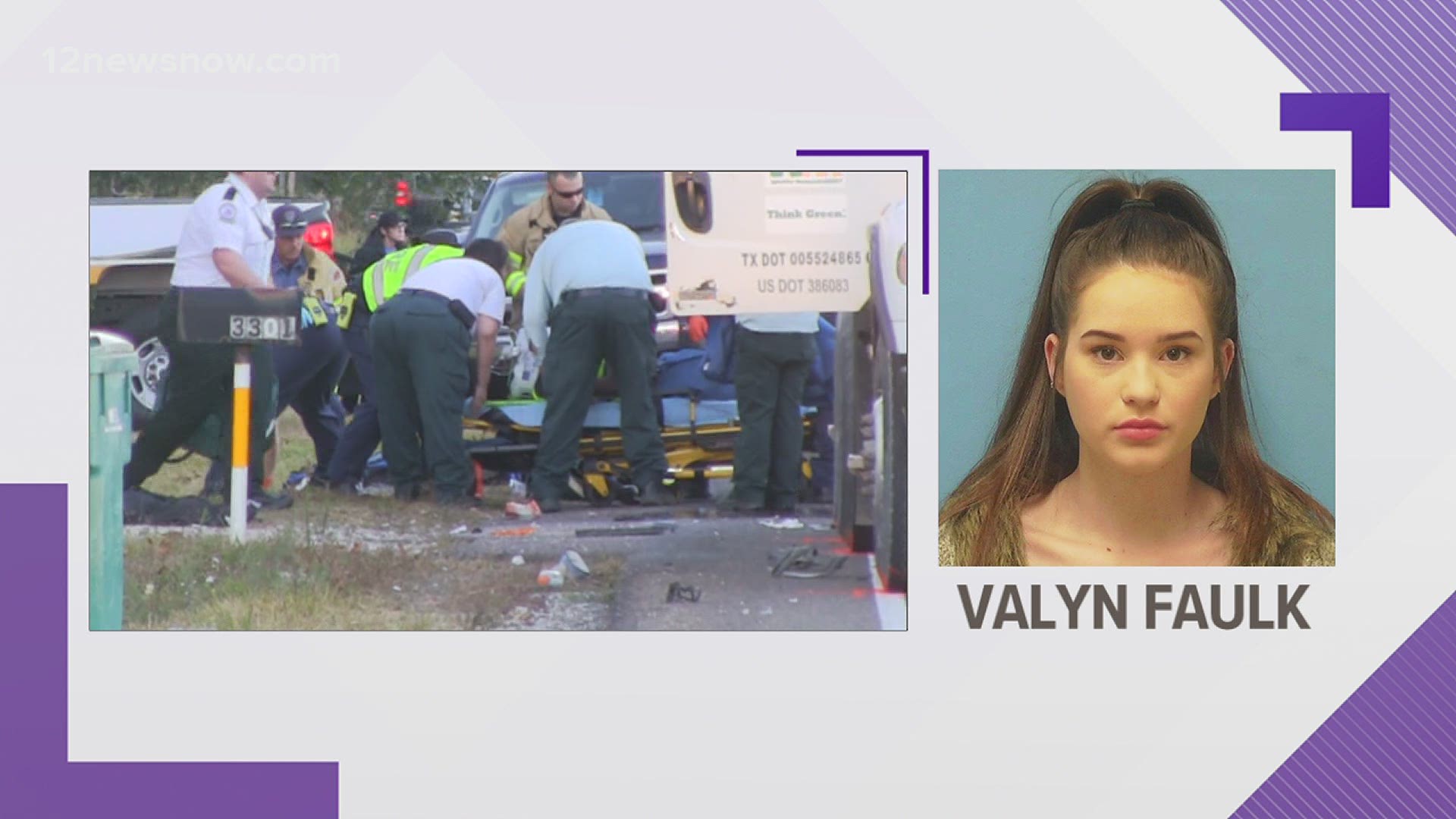 ORANGE, Texas — A Southeast Texas woman accused of intoxication manslaughter in the 2018 death of a sanitation worker in Orange is back in jail after having her bond revoked.

Valyn Rose Faulk, 20,who was free on a $25,000 bond, reported to jail on Wednesday according to the Orange County District Attorney's Office.

Faulk had been ordered to wear a "drug patch" as a condition of her release and the patch recently tested positive for marijuana and an arrest warrant with no bond was issued according to court records.

She is scheduled for a pre-trial hearing on July 19, 2021 and her tentative trial date is currently set for July 26, 2021 according to court records.

Faulk, who was 18 when the wreck happened, was indicted in connection with the death of Derrick D. Cane, 28, of Beaumont, who was struck by a car in November 2018.

The charge is a second degree felony punishable by two to 20 years in prison and a $10,000 fine.

Cane was riding on the back of a garbage truck when he was struck.

He was transported to Christus Hospital St. Elizabeth, where he died from his injuries.

According to a report from the Bureau of Labor Statistics, being a trash collector is one of the 25 most deadliest jobs in America.

Those that knew Cane said he was always singing, always happy and just a great person to be around. Cane was a member of the "409 Chapter," a music group in Silsbee.