"I knew y'all had me" | Suspect in Port Arthur ambush attack confesses to shooting & robbery, police say

Police: Charles Knatt says he wants to ask the family for forgiveness and that he's sorry for what he did 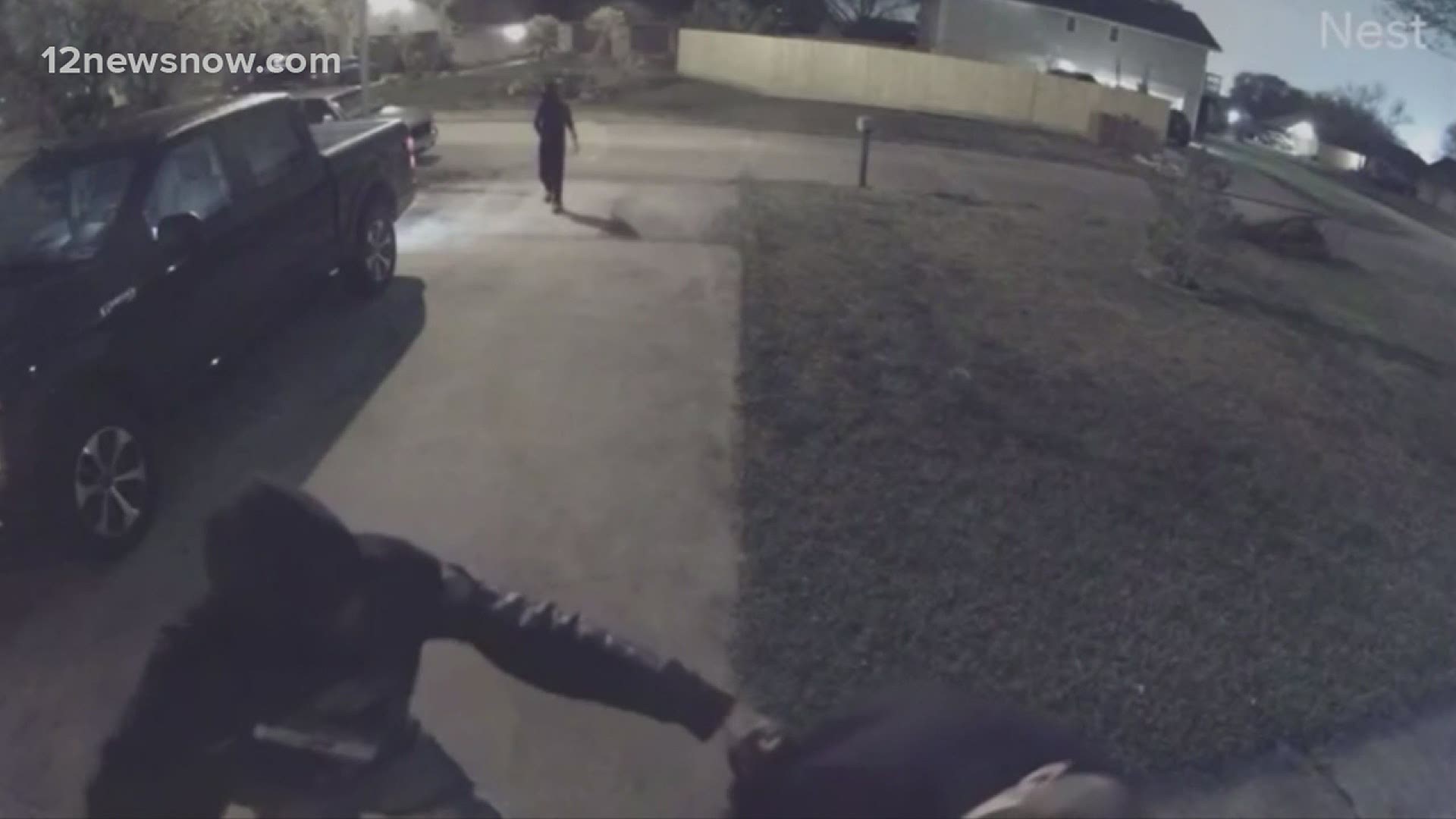 PORT ARTHUR, Texas — A Port Arthur man accused of an ambush and shooting in a Port Arthur neighborhood has been indicted by a Jefferson County grand jury.

Charles Knatt turned himself into to police and confessed on March 18, according to Port Arthur Police.

"As he gave his confession, he did ask for the family's forgiveness and said he was very sorry," Port Arthur detective Michael Hebert said. "We are also developing persons of interest who are also involved in this case, and our investigators are following leads on that."

Knatt was one of two men seen in home surveillance video robbing and shooting Portie outside of his home as he's leaving for work around 4:30 a.m. Monday, police said.

"I came walking out my door, turned around and locked it ... turned back around and two guys come running up on me, ambush me at gunpoint," Portie told 12News.

One of the suspects, now believed to be Knatt, holds Portie at gunpoint demanding money. In the video you can hear the him push Portie to the ground and tell him to empty his pockets while demanding money.

Portie tells him repeatedly he does not have any money on him.

"He (has) me at gunpoint, goes through my pockets and finds my cell phone," Portie said.

A second suspect is going through Portie's truck as all of this unfolds. The suspect with the gun takes Portie's phone and keys, and the two men drive off.

As the suspects back out of the driveway, Knatt reportedly fired four shots at Portie -- one of which hits him in the arm. His wife and children just feet away.

Portie only had minor injuries. The bullet went through his arm and hit his house. Luckily, Portie says, the bullet didn't hit any bone or artery.

The suspects ditched Portie's truck nearby and are spotted on an apartment complex's security camera on foot.

"This is somewhat of a rare case in the sense that we captured the actual crime, and then we captured the suspects fleeing from the vehicle at a different location,"   Hebert told 12News. "So it was a tremendous help to us."

Portie says he and his family still live in terror. They say this week has been a hard few days with sleepless nights. He says he'll be a peace once both suspects are in custody.

If you have any information that can help police find the second suspect, you can call Crime Stoppers of Southeast Texas and provide anonymous tips.

You will not be asked for your name. You simply give the confidential information to the call taker. You will then receive a confidential code number.

If your information leads to the arrest of a felon or the solving of a crime, you could be eligible for a cash reward of up to $1,000.00.