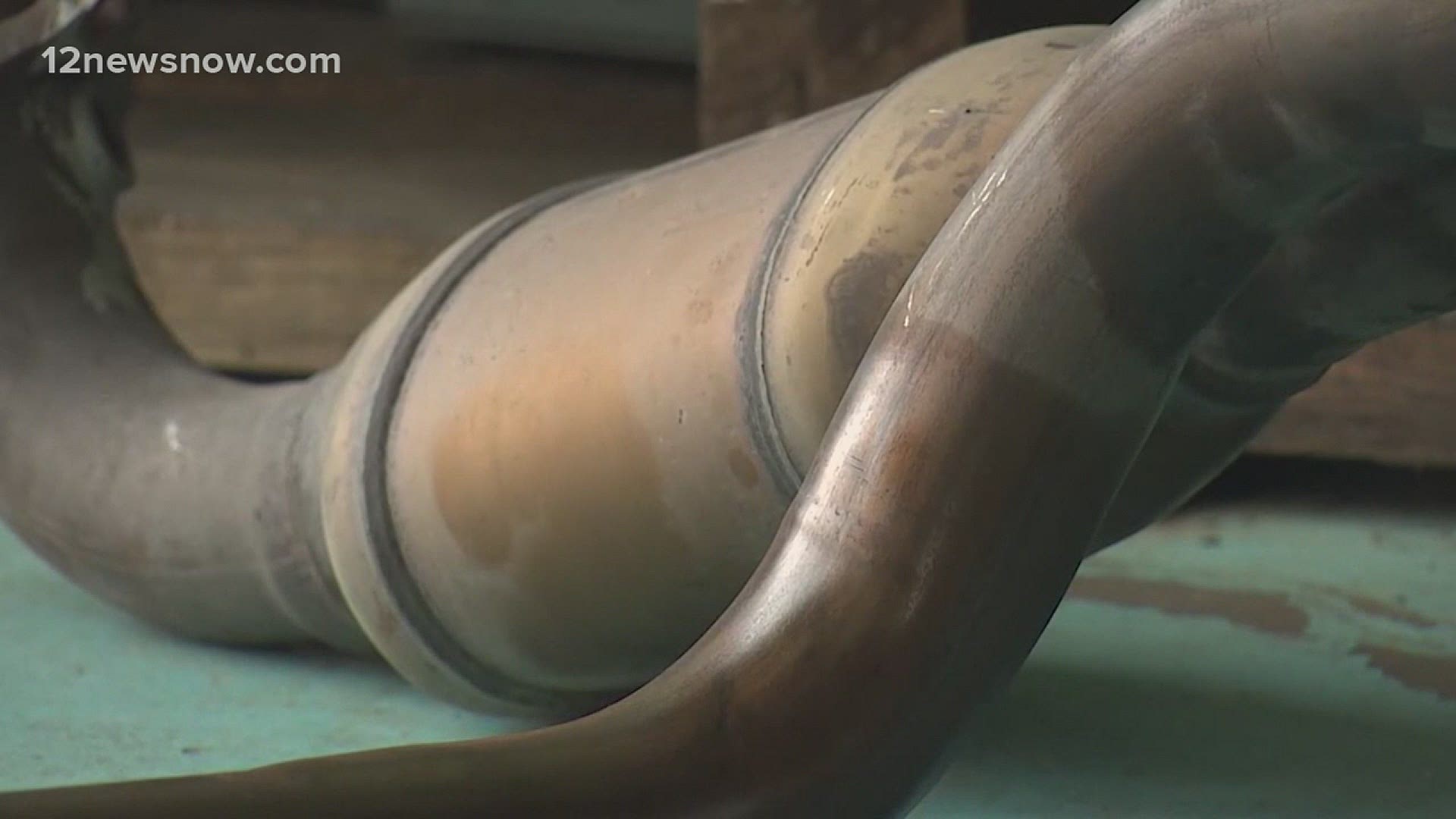 BEAUMONT, Texas — Across the state, officials have had their hands full with catalytic converter thefts.

There are precious metals inside the converters, so the piece is worth a great deal of money when it is recycled.

Lawmakers asked for harsher penalties regarding the crime, and now a recently signed state law will make it harder for thieves to buy or sell stolen parts.

In June, Texas Gov. Greg Abbott signed House Bill 4110 into effect. This bill will make it a felony to steal, buy or sell stolen catalytic converters.

“Using the standard of theft of metals is a third-degree felony,” Rod Carroll, Vidor police chief said. “It is going to be a very serious thing because thieves are going to be looking at time in prison."

A third-degree felony can result in criminals facing anywhere from two to 10 years in prison.

“Some people may think twice about doing the crime if they know that it is not just going to be a misdemeanor for criminal theft of a catalytic converter,” Carroll said.

Officials hope the new law will prevent the expensive parts from going missing.

In the Vidor area, only one catalytic converter theft has been reported, but in bigger cities, police agencies have had trouble battling this ongoing crime, Carroll said.

“I know they have hit Orange before,” Carroll said. “I know that they have also hit Beaumont, both of which are much larger cities in us.”

In addition to making the crime a felony, the law will also regulate metal recycling.

If a person wants to sell a catalytic converter to a scrap yard, proof of where the metal came from will be required. Without proof, a criminal penalty could result.

Until the bill goes into effect Sept. 1, Carroll said the community needs to be proactive in fighting these crimes.

“Try to not park in dark areas,” he said. “If people are outside their residence, they need to make sure their house is lit up,” he said.

Officials feel that this new bill will not just benefit police, rather it is going to benefit entire communities.