Precious metals inside the converters can be sold for up to $24,000 an ounce. 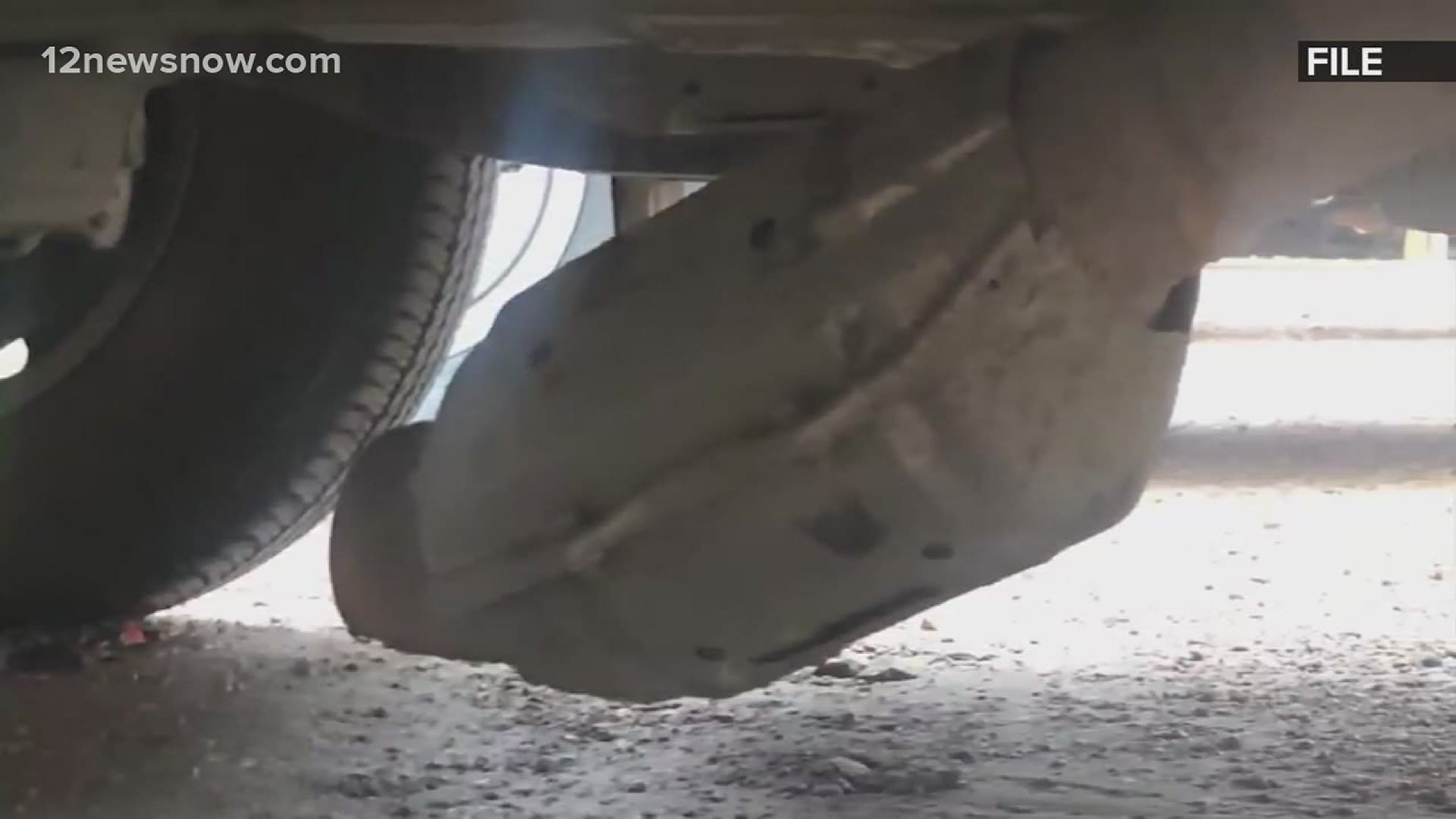 BEAUMONT, Texas — Catalytic converter thefts have become a recent issue across the country as well as here in Southeast Texas.

According to Beaumont police officer Haley Morrow, there has been an uptick in catalytic converter thefts lately.

"They are taking it to scrapyards or wherever and selling it for cash," she said.

Morrow said this is a tough crime to crack down on because the thefts mostly happen at nighttime.

"Unfortunately it's something that occurs very quickly," she said. "The catalytic converter is located up underneath the vehicle and it only takes a few minutes for that person to roll under the vehicle, cut it off and they're gone."

Catalytic converters have become target because precious metals within the converters, such as platinum and rhodium, can be sold for up to $24,000 an ounce.

They are easy for thieves to steal.

Ray Bell, Modica Bros Tire and Wheel Center assistant manager, said they have seen plenty of customers lately who have fallen victim to catalytic converter thefts and that they even had some catalytic converters stolen off their delivery trucks recently.

The precious metals inside the catalytic converter make them easy targets for thieves.

According to Bell, there is not a whole lot you can do to keep your catalytic converters safe.

“Most of the time the thieves take a Sawzall, a battery-powered Sawzall, and just cut them out and they're gone in 30 to 45 seconds,” Bell said. “There is not much you can do to stop them.”

However, there are some precautions and extra steps people can take to keep their converters safe.

"You can weld the catalytic converter to your vehicle," Haley Morrow said. "Most importantly, if you have to park your vehicle outside, it is important that you park where it is monitored."

Some companies offer shields to put over the converters, and other places are offering to etch vehicle identification numbers onto the converters, which would hopefully deter thieves from stealing them.

Bell advised that if people can, they should try to park in well-lit areas or in crowded parking spaces, where it would be harder for thieves to get up under a car and steal a catalytic converter.