“That’s exactly what we want, our student’s input on what they want in the school cafeterias." 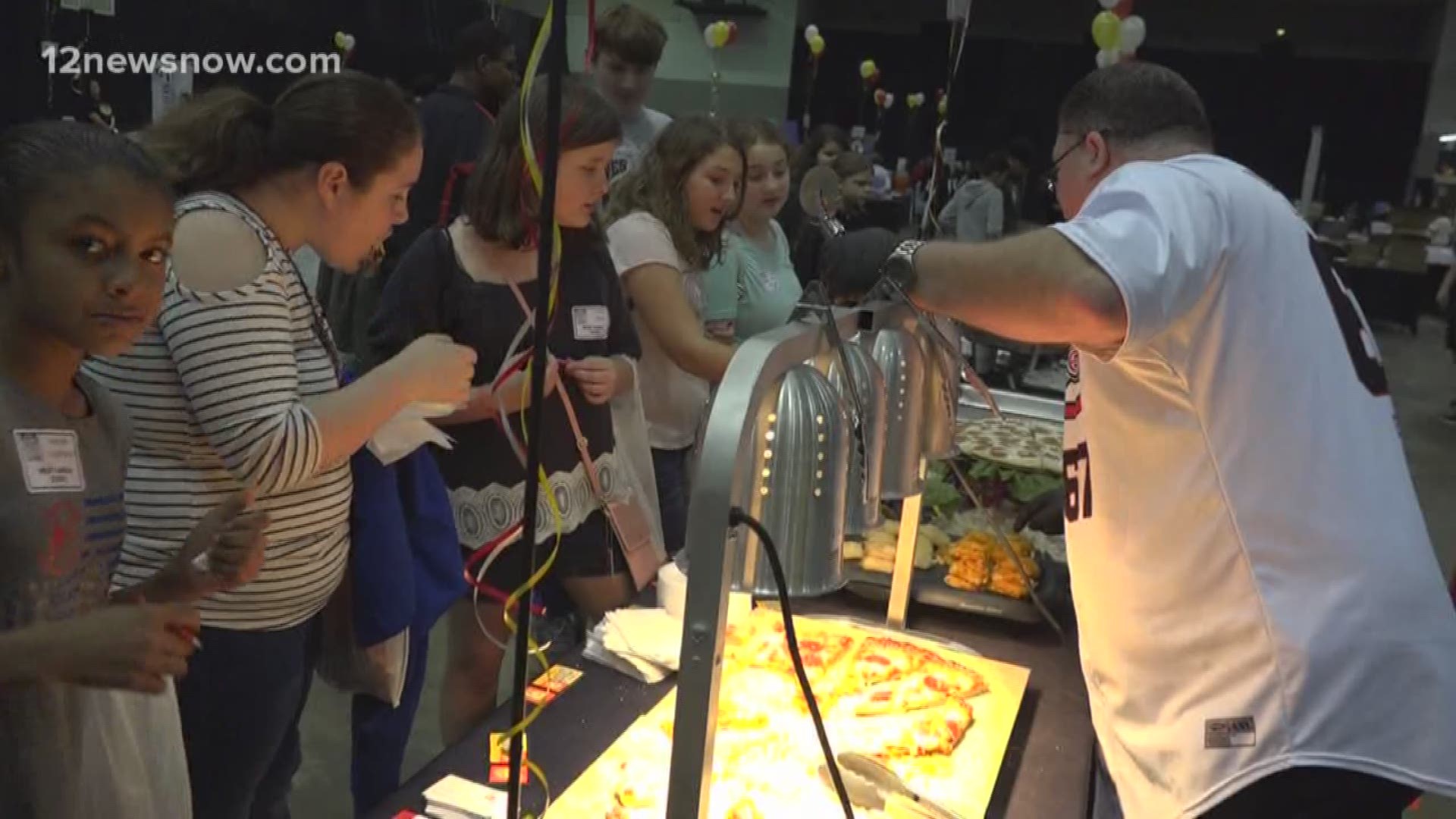 Hundreds of students came through the doors of the Beaumont Civic Center to provide their input on new menu items for their school cafeteria.

More than 70 food vendors from across the country cooked a variety of food selections for students in the southeast Texas area to vote upon.

When Jaidyn Green, a junior at Vidor High School walks around the food show, she’s looking for “something different and [something] that more people can enjoy."

The idea of having a food show came from the food service coordinator at region 5, Jean Kyle. She says she wanted to know how to get students more involved in school lunches, which led her to come up with the idea for a food show.

“That’s exactly what we want, is our student’s input on what they want in the school cafeterias,” Kyle said.

With the exposure of different foods follows the curiosity to taste them. Kyle said over the years she’s seen a shift in what students like to eat. “Students are health savvy now. Things that they see in malls and food courts-they see here.”

There were food items to satisfy diverse taste buds. Kennedy Ardis a 17-year-old from Vidor says her favorite item was the dill chicken. “It tastes just like Chick-Fil-A,” Ardis said.

Students were told to fill out a survey after tasting each vendor’s food at the booths. The food service directors will tally up the votes by district and make a decision on which items will be added by April 2020.