Widespread damage is reported from Polk to Newton Co. as tornado leaves a 120 mile path of damage 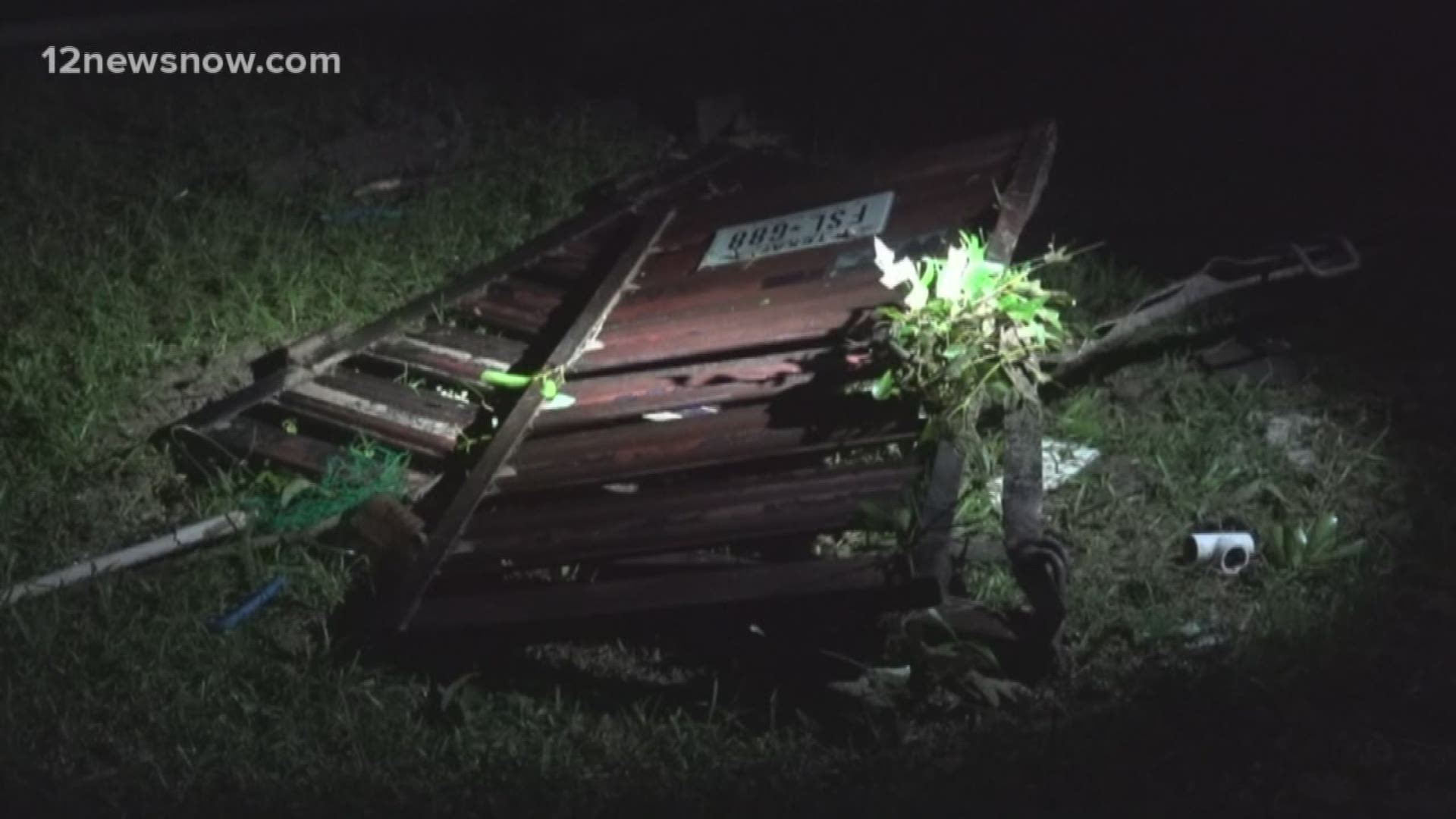 NEWTON COUNTY, Texas — A tornado traveling through East Texas Wednesday night left at least three people dead in Polk County before barreling through Tyler, Jasper and Newton Counties and then into Louisiana.

Overnight no injuries were reported in either Jasper or Newton County after the tornado left some damaged structures and downed trees all over both counties.

Crews worked into the early morning hours to clear roads blocked by downed trees and at least one family in the Jamestown area was thankful to be alive.

As Thomas and Diane Brown surveyed the damage to their Jamestown home west of Newton they told 12News they had lost everything.

"Katrina didn't do this, I mean this is horrible. But, we're living thank God, we're okay, and we'll rebuild,” Thomas Brown told 12News.

Though darkness obscured much of the damage in the county it was clear that most of their belongings were strewn all over.

"We basically lost everything we own... We have not found everything, it's all out in the woods and every place else,” Diane Brown told 12News.

The windows of the Brown’s home were blown out and much of the roof was ripped off after the tornado passed over the area.

Crews worked into the early morning hours to make sure no one was trapped or injured.

At daylight crews planned to get back to work clearing trees and assessing damage according to Newton County Sheriff Billy Rowles.

“We'll start assessing the damage. There’s lots of driveways that need to be cleared,” Rowles said. 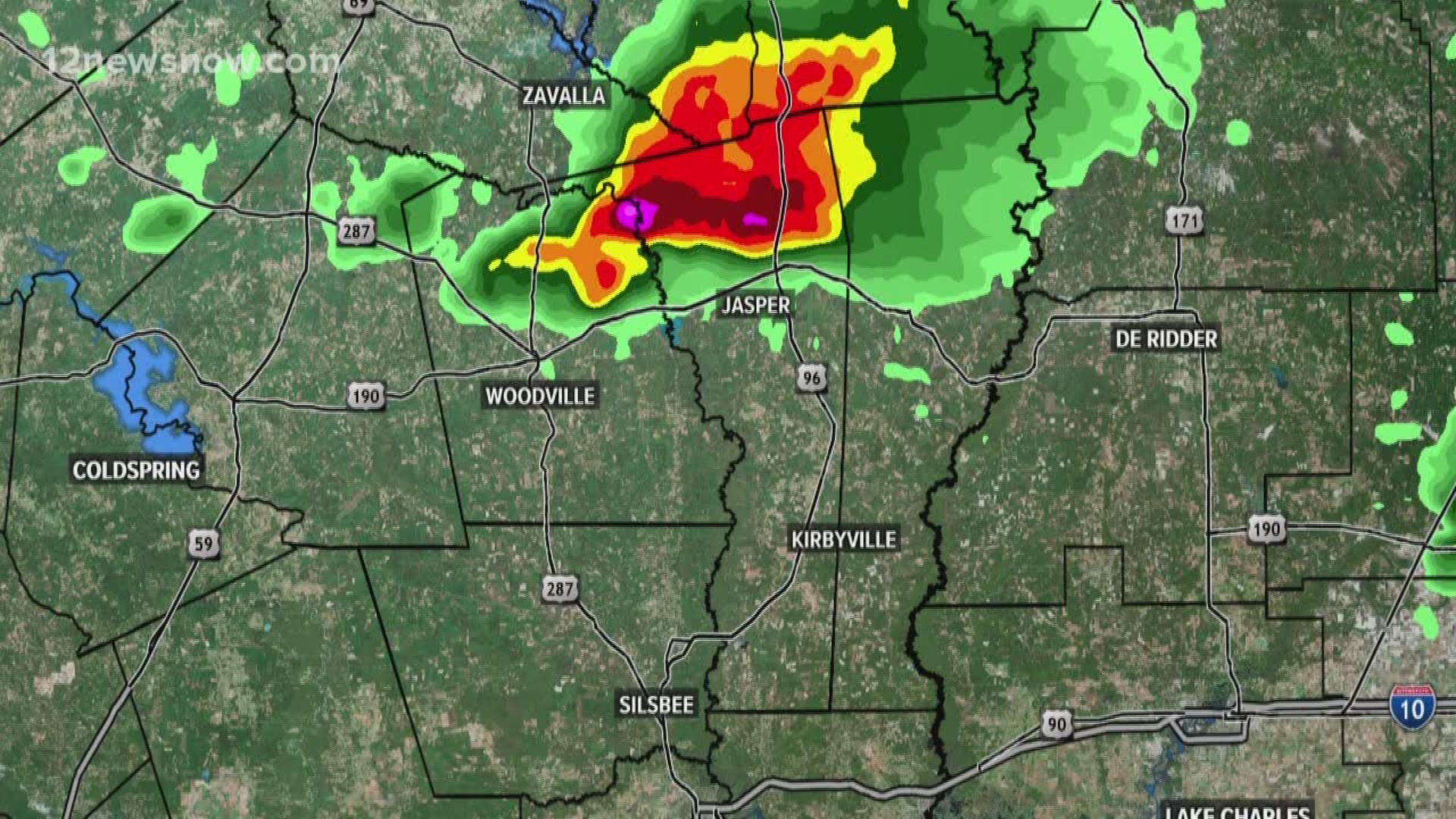 The tornadic supercell, labeled as "extremely dangerous" by the National Weather Service as it intensified, moved 120 miles across the Lakes area of Southeast Texas from just north of Huntsville, Onalaska, Seven Oaks, Colmesneil, Jasper, Jamestown and Burkesville.

Among the hardest hits area is the lake community of Onalaska in Polk County.

Officials with the Texas Department of Transportation said the tornado struck a subdivision near Onalaska called Yaupon Cove. 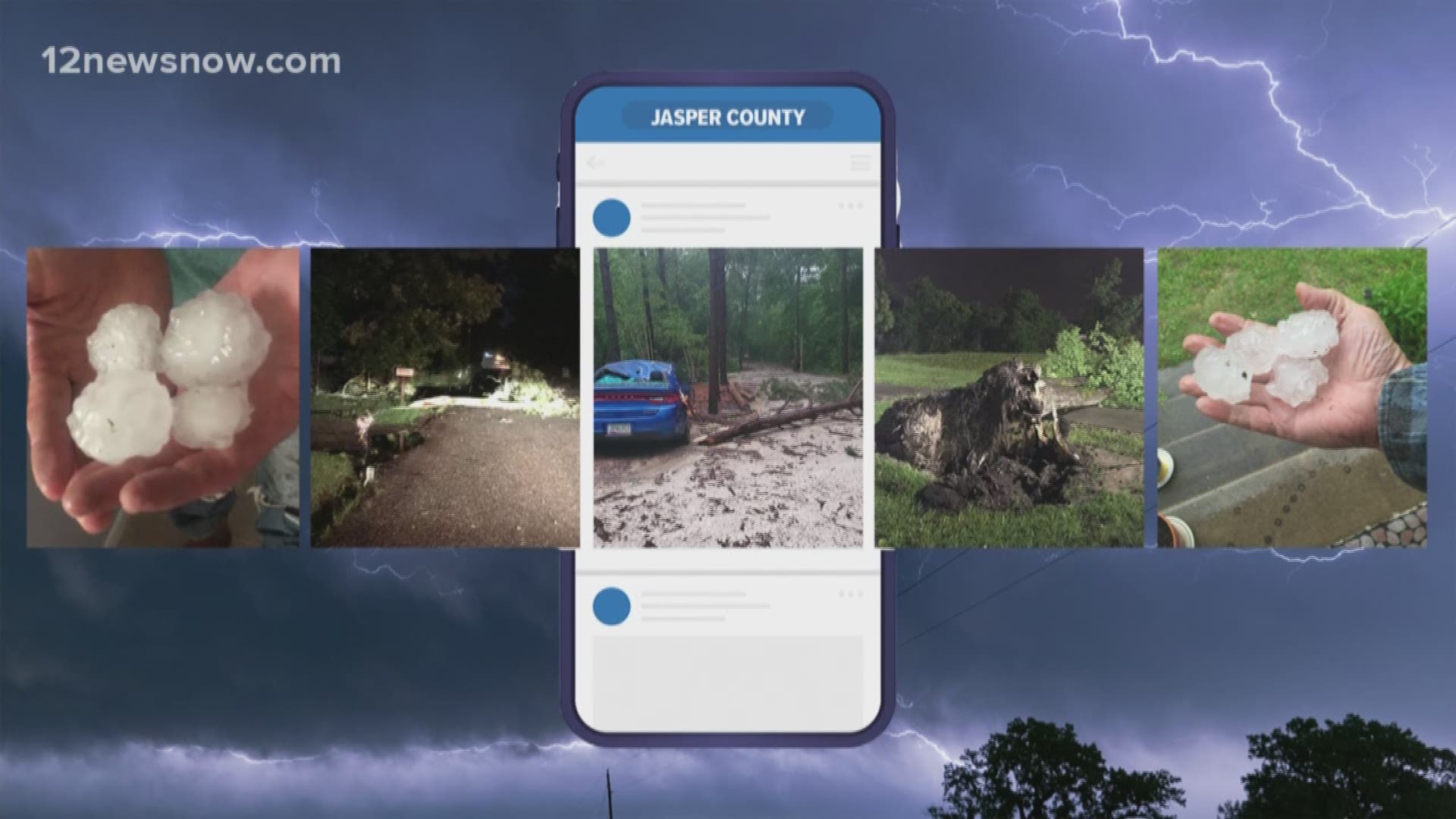 Governor Greg Abbott says he is monitoring the damage in Polk County.

"The state has already deployed response teams and medical resources to help Texans tonight and the state will continue to do everything it can to support those affected by this severe weather," Gov. Abbott said in a news release Wednesday night.

Jasper saw significant damage from the same storm system. There were reports of golf ball size hail and trees down on homes and cars.

There are reports the tornado crossed over Hwy. 87 just north of Newton.

RELATED: Frequent severe storms forecast for the South through early May