What can Southeast Texas expect from Tropical Storm Beta? Here's our hour-by-hour breakdown 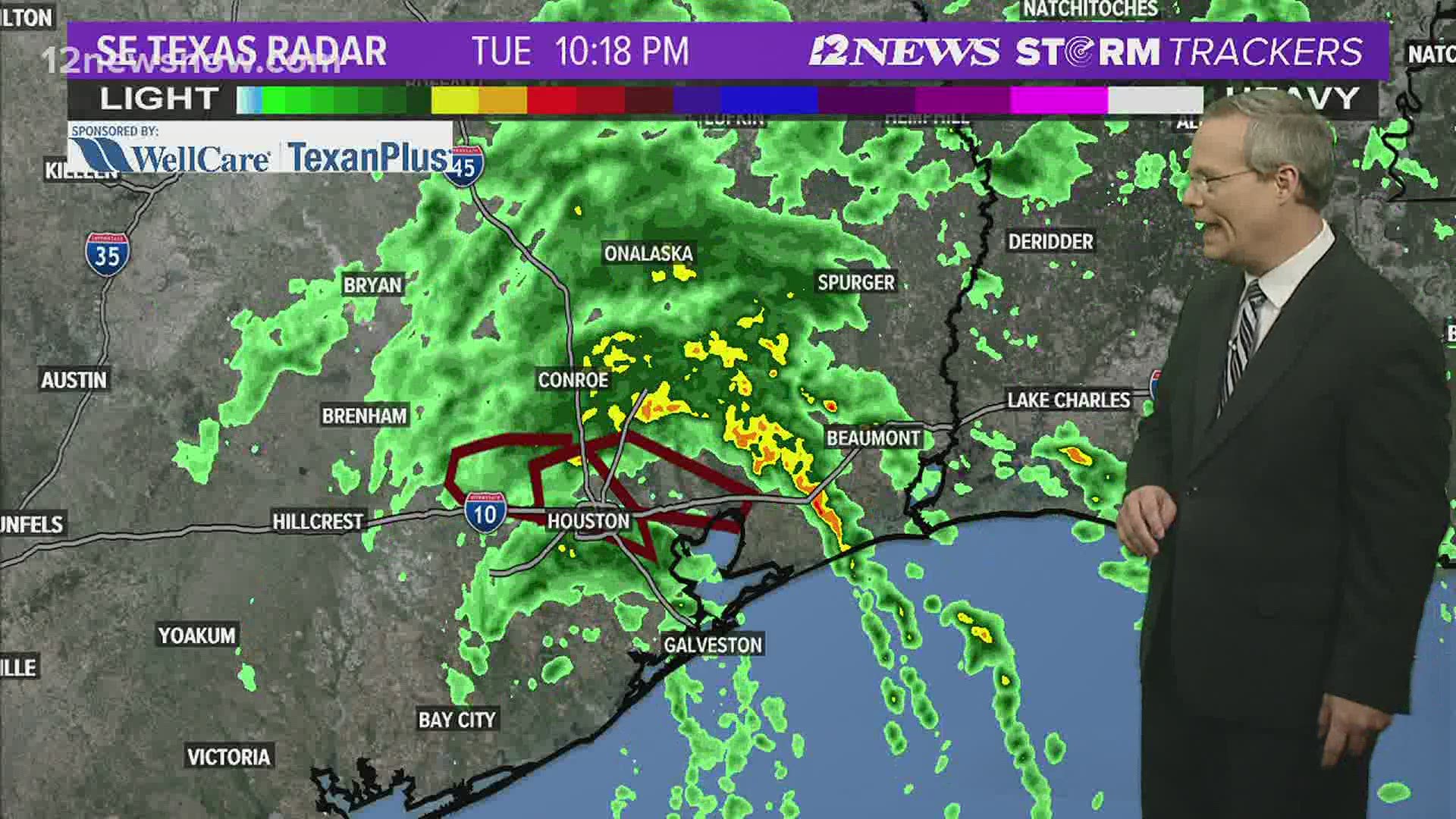 The heaviest impacts of the storm were felt in the Houston metro.

Rainy conditions are expected to persist through Wednesday, with the biggest impacts forecast for Wednesday afternoon.

How much rain will we get?

Forecasts on Tuesdays called for a big decrease in expected rainfall in Southeast Texas.

Southeast Texas did experience some off-and-on rain bands throughout the day and could continue to see those into Wednesday. Heavy rain is expected to pick up and continue for most of the day.

Based on radar, 12News Chief Meteorologist Patrick Vaughn said the more northern parts of Southeast Texas could see the heaviest rainfall. That includes southern parts of Jasper and Newton counties, along with parts of Hardin and Liberty County.

It's possible 8-10 inches could fall thanks to feeder bands.

Rainfall totals have dropped, but flash flooding cannot be ruled out as Beta moves across Southeast Texas, 12News chief meteorologist Patrick Vaughn says. That is the biggest concern with this system.

Beta has already produced flash flooding across parts of Houston.

What can we expect for wind speeds?

As for wind speed, the Golden Triangle will likely see the worst of Beta. The storm weakened on Tuesday, but still had sustained winds around 30 mph around 10 p.m.

Are tornadoes a concern?

While there is a possibility that the area could see tornadoes, the threat is low right now, according to 12News Chief Meteorologist Patrick Vaughn.