Tornado watches are in effect from Philadelphia to New York City. 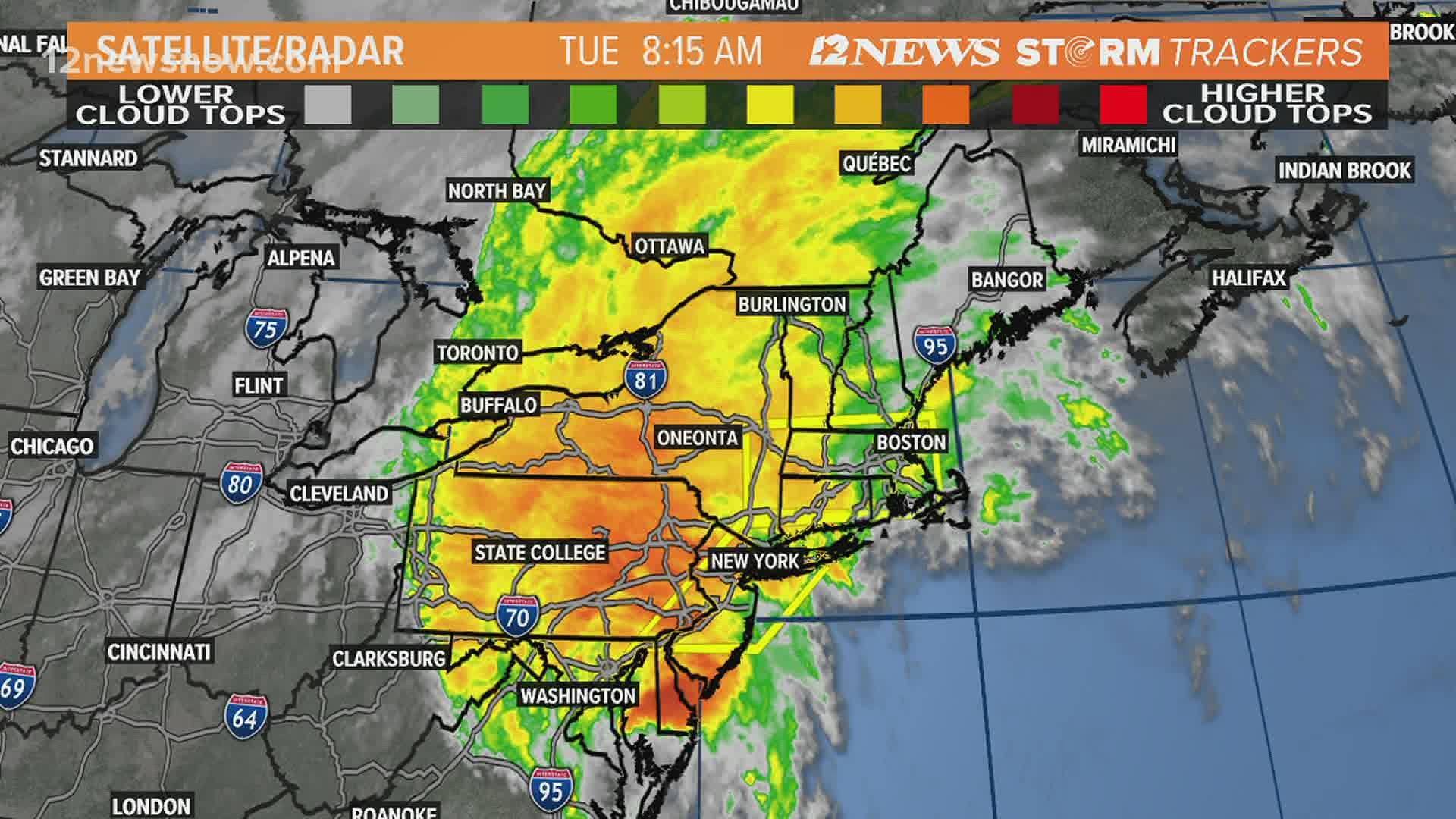 BEAUMONT, Texas — While Isaias weakened into a topical storm Tuesday morning, it is still bringing strong winds, heavy rain and a tornado threat to parts of the east coast.

A tornado watch has been issued for several major metropolitan areas, including New York City and Philadelphia, as Tropical Storm Isaias travels up the East Coast.

Isaias was moving to the north-northeast at 35 mph. Wind gusts of 40-60 mph are moving into the New York City area Tuesday afternoon.

Isaias made landfall as a Category 1 hurricane around 11:10 p.m. EDT Monday near Ocean Isle Beach, North Carolina, as an 85-mph storm, according to the National Hurricane Center. 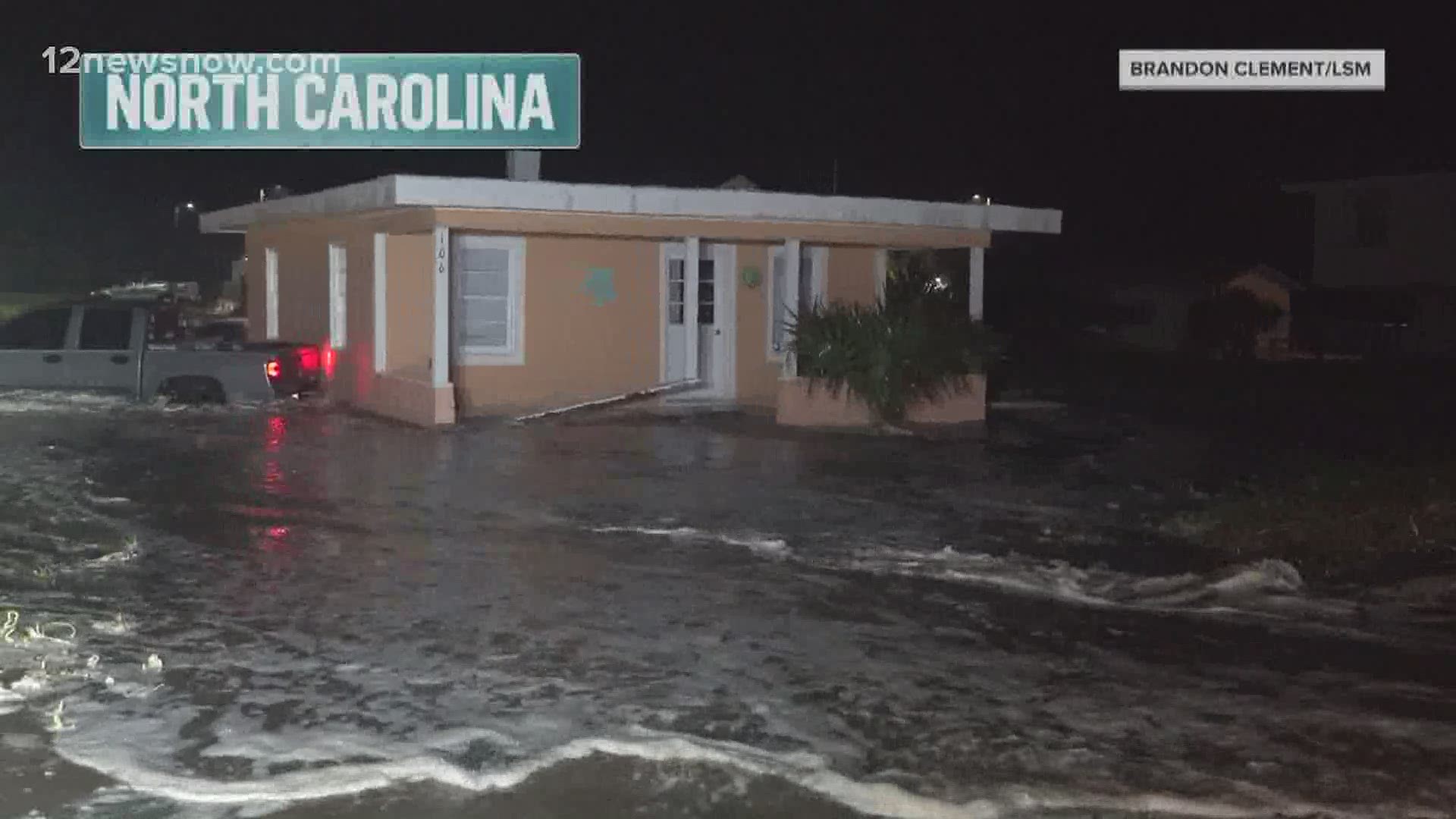 Isaias is forecast to continue up the East Coast into the mid-Atlantic states Tuesday and the northeastern states Tuesday night. Tropical storm warnings continue all the way up into Maine.

Invest 94L is located about 470 miles to the south of Bermuda and is producing disorganized showers and thunderstorms. A depression may form over the next couple of days as it moves northwest.

The storm poses no threat to the Gulf of Mexico presently.

This is the first hurricane season in recorded history that nine tropical storms have formed before Aug. 1. Isaias is also the earliest "I" storm ever recorded, breaking the old record set by Hurricane Irene, which first became Tropical Storm Irene on Aug. 7, 2005.

The Atlantic Hurricane season began on June 1, and it was an early start to what is forecast to be a busy year for the tropics.

T.S. Cristobal became the earliest third name storm on record in the Atlantic Basin when it formed in the Gulf of Mexico on June 1.

NOAA forecasts that there could be between three to six major hurricanes (Storms that reach category 3 or above).

RELATED: The US has already endured 10 weather disasters that exceeded $1 billion in damage this year