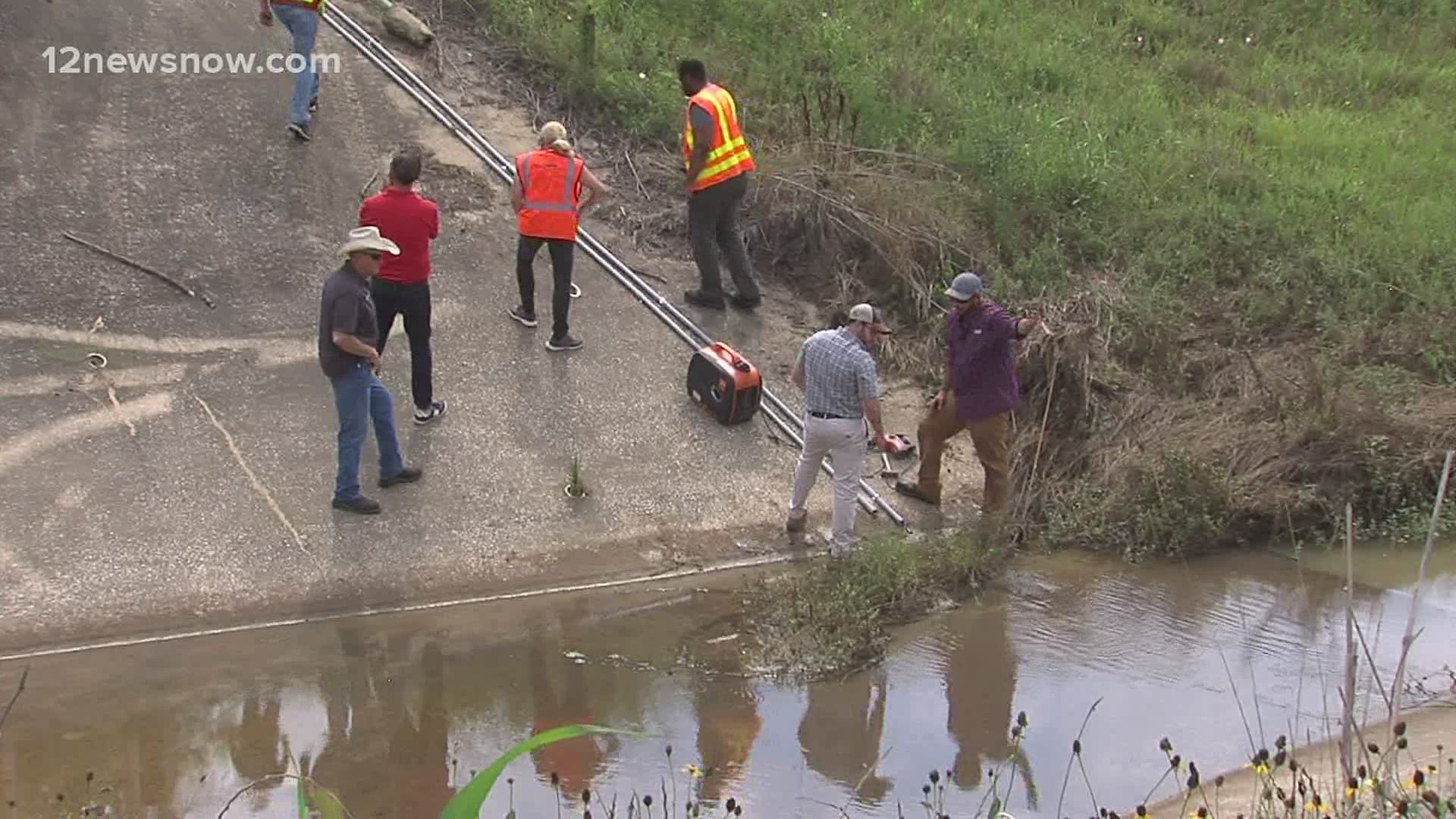 After the historic rainfall from Harvey and Imelda, Southeast Texas has become the focus of the country when it comes to flooding.

"We get rain - I mean rain that just floods where you don't expect it," said Liv Hasselbach, chair and professor of civil and environmental engineering at Lamar University. "Hurricane Harvey, right here south of Beaumont, saw more rain than any storm recorded in U.S. history."

And after Harvey came Imelda, a storm that dumped 40-inches of rain across the region.

"What is happening the last five years is not something that was experienced much in the last hundred years," Hasselbach said.

Those historic flood events led to Lamar University being awarded $100,000 by the Sabine River Authority of Texas to collaborate with the University of Texas, the Texas Division of Emergency Management and TxDOT on a flood coordination study. It's a project designed to help the region improve its resiliency during large-scale flooding events.

The flood coordination study will gather data from dozens of sensors being installed across Southeast Texas to update current flood projection models and infrastructure planning.

At least 50 percent of the 10-inch by 10-inch sensors are expected to be installed across Southeast Texas by the end of the summer. The sensors are similar to the USGS gauges used along the Sabine and Neches River to measure river flooding.

These new sensors will help Hasselbach and her team better plan for the onset of 'stalled storms'.

"What these sensors will help with is knowing where the water's coming from," said Hasselbach. "If data is updated, then during the events modelers can predict flooding likelihood and help emergency responders know how to re-route emergency supplies to areas most in need.”

She said the data will also help local leaders mitigate how to use funding to fix storm sewer systems, roadway access to critical infrastructure, low water crossings and improve areas around neighborhoods prone to flooding.

The U.S. Department of Homeland Security is providing 125 sensors for the project.

"(This project) could not be done if it wasn't for the fact that all these amazing groups - federal, state, regional, local industry - has worked together. It's pretty amazing," said Hasselbach .