"When I see a storm in the gulf I get a feeling of what PTSD must feel like -- it's scary. it's spooky," Paul Kenney said. 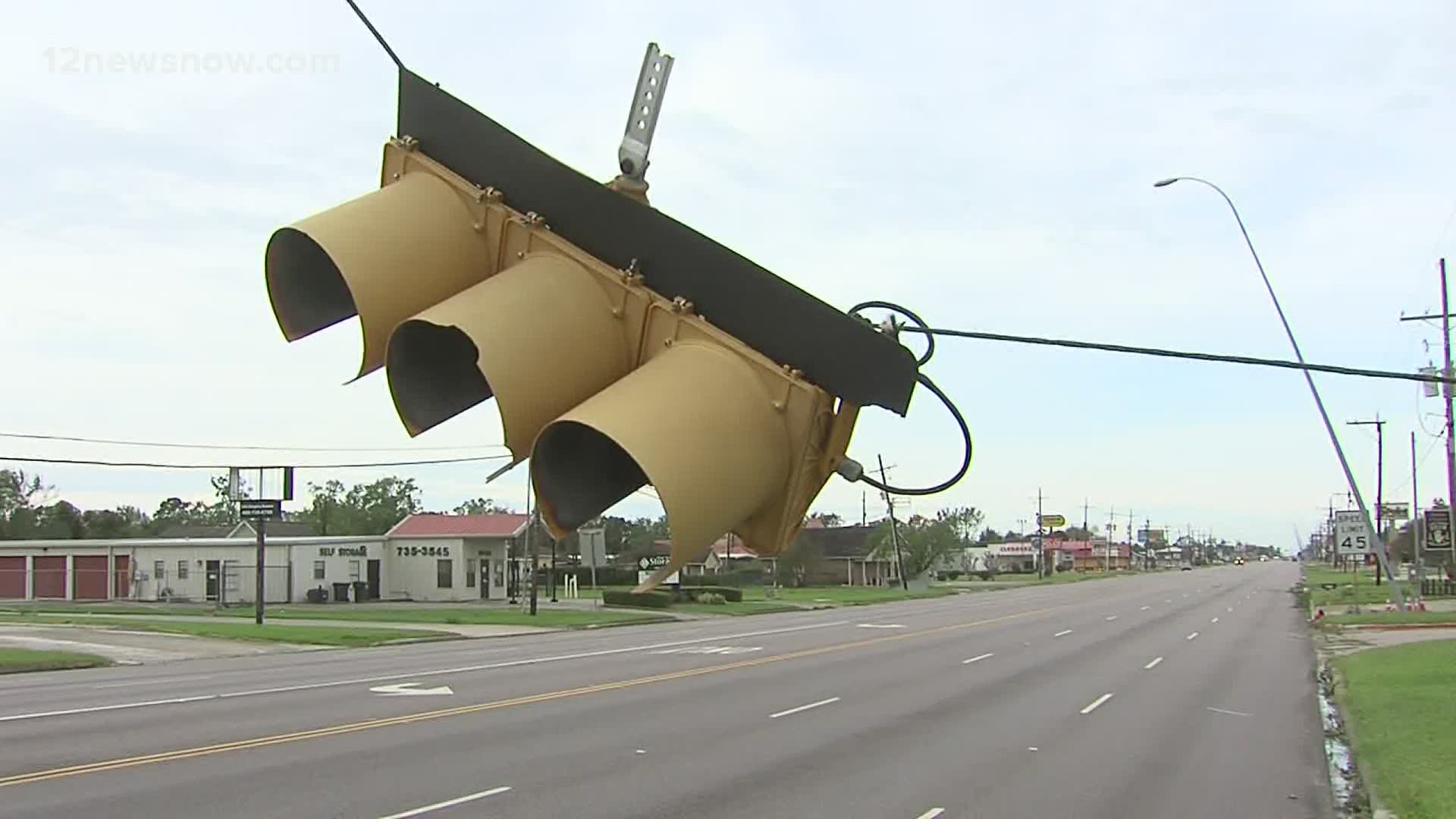 DALLAS — Bridge City is no stranger to devastating hurricanes. As Hurricane Laura grew stronger during her coastal approach, many folks remembered just how bad Hurricane Ike was nearly 12 years ago.

Memories of fallen trees and even worse conditions were some of the flashbacks people were having in Bridge City Thursday - all because of one storm that was a sight to see.

"The experience was pretty rough," resident Clint Higginbotham said, recalling Ike, the storm that made landfall in Bridge City 11 years ago. "I stayed the night in a boat here and I floated here for about ten hours. Then they picked me up in a boat. I had nothing but a pair of shorts on."

He said the uncertainty is one of the most difficult parts.

Higginbotham's thoughts were echoed a few blocks away by the Kenney family, who shared similar memories.

"When I see a storm in the Gulf I get a feeling of what PTSD must feel like -- it's scary. It's spooky," Paul Kenney said.

Still, some in Bridge City say they were lucky, and they're ready to move forward and start to clean up.

"In my backyard, I have a tree that's down over my electrical line -- I'm going to get a chainsaw and cut the power back on," Higginbotham said.

12News crews saw several trees, light poles and traffic lights down due to the violent winds that Hurricane Laura brought. Gor some, the storms were even worse - the roof of one man's storage unit on Tenney Street was completely blown off.

One man keeps his vintage car there and said he was eager to know if the car survived.

However, many people told 12News they were thankful this wasn't a repeat of Hurricanes Harvey or Ike.

"We got lucky this time and we dodged a bullet with this one -- could have been a whole lot worse with a whole lot of lives hurt," Higginbotham said.

"You're so happy and so thankful to the good Lord above," Paul Kenney said.

The Kenneys are sharing this final warning to Hurricane Laura:

"Don't come back, and keep all of your friends away too," Paul Kenney said.