Businesses and homeowners are boarding up properties ahead of Hurricane Laura. 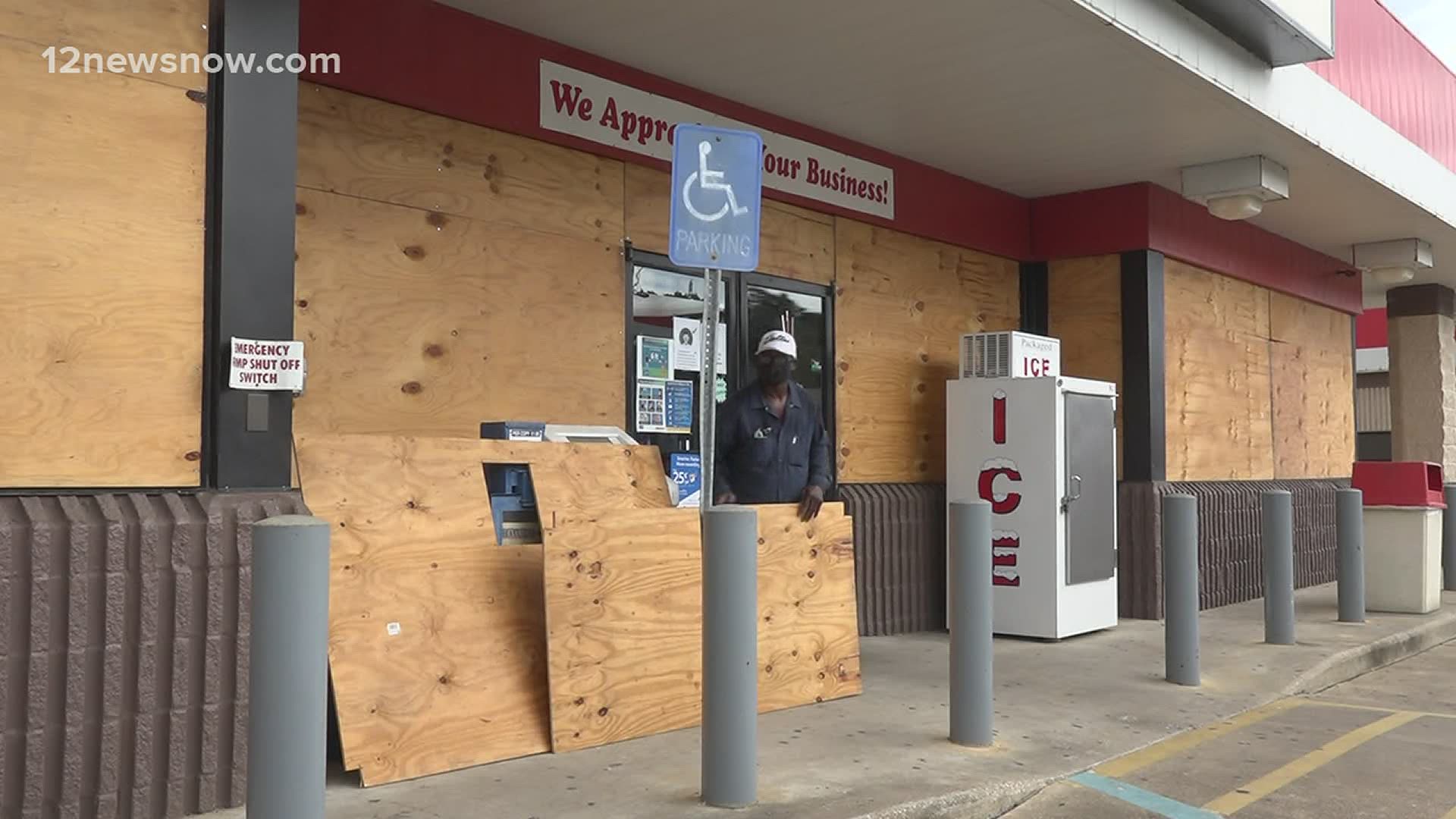 BEAUMONT, Texas — The day before Hurricane Laura is expected to make landfall, things became quiet around Beaumont after people made their last preparations.

Some gas stations began shutting down their pumps, while stores like Target boarded up their windows.

Jesse Franklin spent Tuesday afternoon closing down Gator's West gas station in Beaumont. Despite the uncertainty, he remains in high spirits and says he's leaning on his faith.

"Yeah, you just gotta learn how to deal with anything that come your way, you can't sit there and whine and look sad and miserable," Franklin said.

As a Southeast Texas native, he usually evacuates when the weather is expected to be as bad as this week. This time, he had nowhere to go, so he's hunkering down.

"And I just hope it comes out looking good," Franklin said.

Homeowners in west Beaumont, like Donald Faulk are also preparing for the worst. He's another Southeast Texas native and is familiar with the risks, which is why he's choosing to evacuate.

"You come to get used to it, but you know after you have kids you have to look out for the kids and get them in a safe place," said Faulk.

In a nearby Beaumont neighborhood, Mark Ryherd spent Tuesday boarding up his home before heading west. He says he experienced Hurricane Rita in 2005, and later Hurricane Ike in 2008.

"If you're staying, and a lot of people do, just watch out," he added.

With the counties in our region under evacuation orders, officials warn those who choose to stay to be prepared to go without power for at least a couple of days.