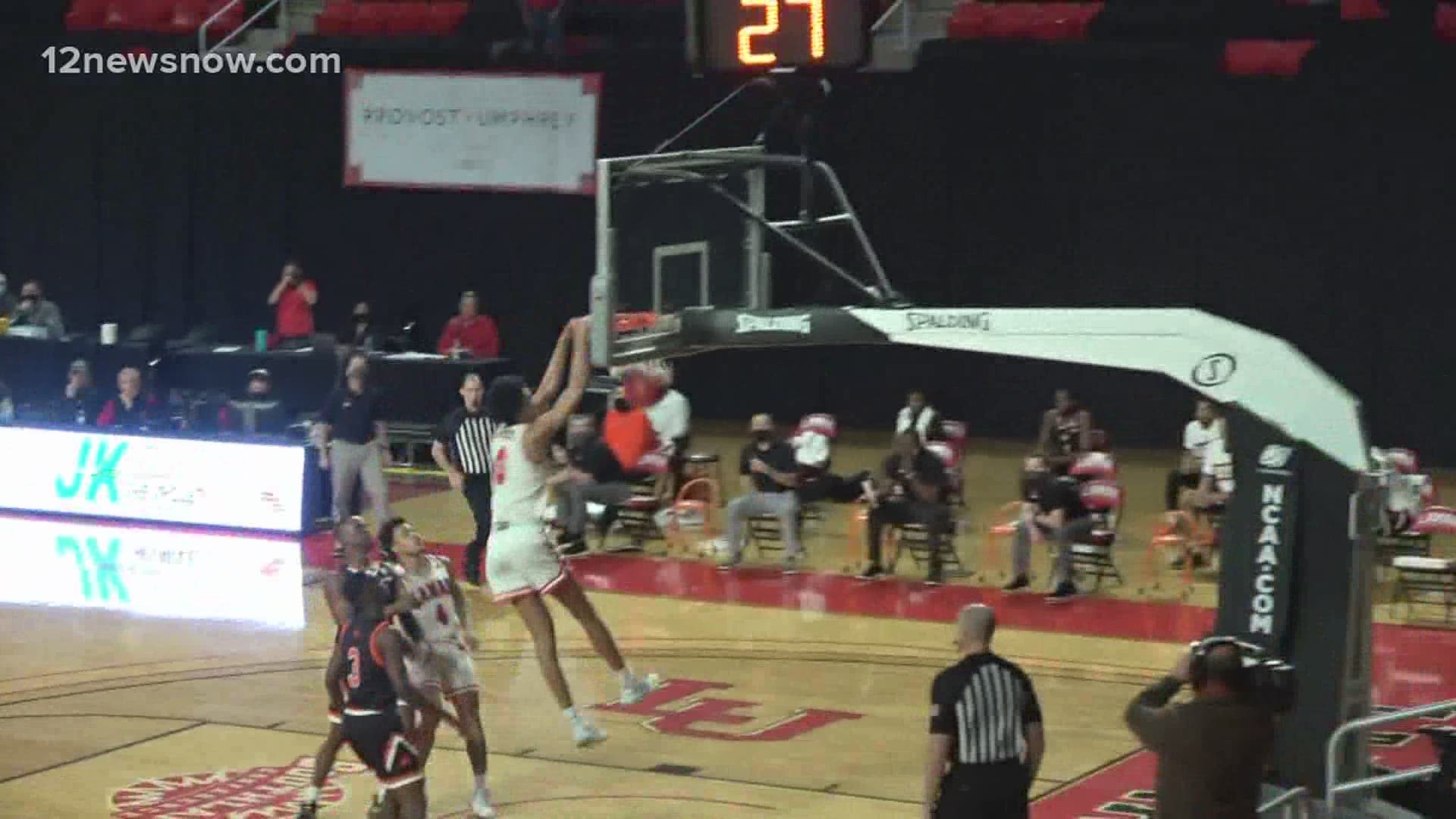 “I’m proud of how this team fought tonight,” said LU head coach Tic Price. “Sam Houston is a very talented basketball team but we took them down to the wire. I thought we missed too many chip shots down low and at the end of the day we didn’t do what we needed to to get the win.”

The Cardinals finished the night shooting 24-of-68 (.353) from the field, but converted just five of nine on three-point attempts. LU was sent to the free throw line 25 times converting 18 of those attempts (.720). The Red and White found an advantage on the glass outrebounding Sam Houston, 48-33. The Cardinals turned the ball over 11 times Monday, but just one of those came in the second half.

Zach Nutall scored a team-high 18 points for a Bearkat offense that finished the night 23-of-54 (.426) on the night, including an 8-of-26 (.308) effort from three-point range. Sam Houston attempted three-more free throws than Big Red converting 82 percent of their attempts (23-of-28).

The Cardinals had a three-point lead with less than six minutes remaining in the opening half when SHSU went on an 12-0 run to take a nine-point lead with 2:06 remaining. Not allowing Sam Houston to go into the locker room with the momentum, the Cards dug in their heels and battled back. Over the final two minutes of the half, the Cardinals surged back with a 7-0 run – sparked by a Harrison and-one – to cut the lead to two, 34-32, heading into the locker room.

The second half was a back-and-forth affair that saw neither team gain more than a five-point advantage until the 2:08 mark when Sam Houston got a three-point bucket from Demarkus Lampley to take a seven-point lead. Big Red responded six seconds later with a three-pointer from Buster to trim the deficit down to four, but that would be as close as LU would get as Sam Houston was able to hold off the Cards in the closing seconds.

The Cardinals return to action Wednesday when they travel to San Antonio, Texas to take on UIW. The game against the league’s other Cardinals will tip off at 7 p.m. from McDermott Arena.