DPS Troopers received reports about the crash around 4:30 p.m. Thursday. 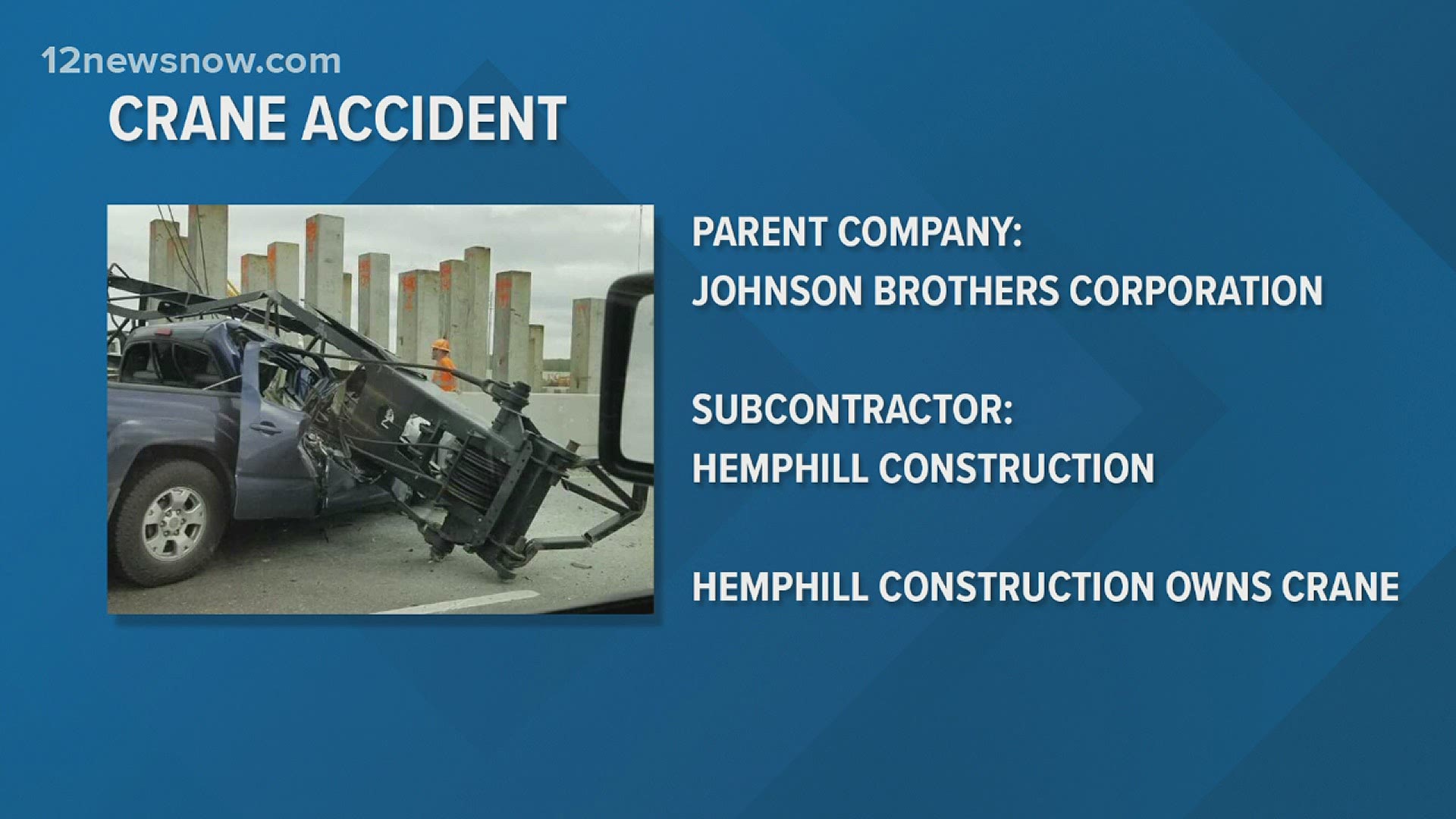 BEAUMONT, Texas — Two Friendswood men were killed following a crane accident that dropped the boom of a crane onto the pickup they were in as it traveled along Interstate 10 just west of Beaumont Thursday afternoon.

The driver of a  westbound Toyota pickup, Sarfaraz Karowadia, 37, and his passenger, Altaf Kasowadia, 42, both of Friendswood, were killed when the boom landed on top of the truck according to a news release from the Texas Department of Public Safety.

DPS initially reported that a piece of heavy equipment dislodged from a commercial motor vehicle and caused the crash, but further investigation shows something else happened.

An update in the preliminary investigation indicates a 2013 Toyota pickup truck was traveling westbound on I-10 near Smith Road around 4:30 p.m. Thursday.

Construction crews in the area were working and operating a heavy crane, according to DPS. Troopers believe the crane experienced some type of "malfunction" and struck the Toyota pickup.

The accident had traffic at a standstill for hours.

A spokesperson with the DPS described the accident as “tragic" and says that the investigation could take several weeks.

DPS is in charge of the investigation, but because this involves fatalities, OSHA and federal officials are also involved. Their team came to the scene earlier tonight.

TxDot is also investigating, since this involves a contractor it hired for the I-10 widening project.

At approximately 4:30p.m., the Texas Department of Public Safety (DPS) Troopers received a report of a multiple vehicle crash on Interstate 10, near Smith Road, in Jefferson County.

The initial reports indicates that a crash occurred and heavy equipment became dislodged from a commercial motor vehicle. There are reports of injuries; however, the extent of those injuries are unknown at this time.

All westbound traffic lanes of I-10, near Smith Road, are closed. The roadway will remain closed until the crash investigation is completed. There is no time estimation as to when the road will reopen to traffic. Motorists are urged to find an alternate travel route. Expect delays.

This is an active crash investigation and additional information will be released as details are confirmed.