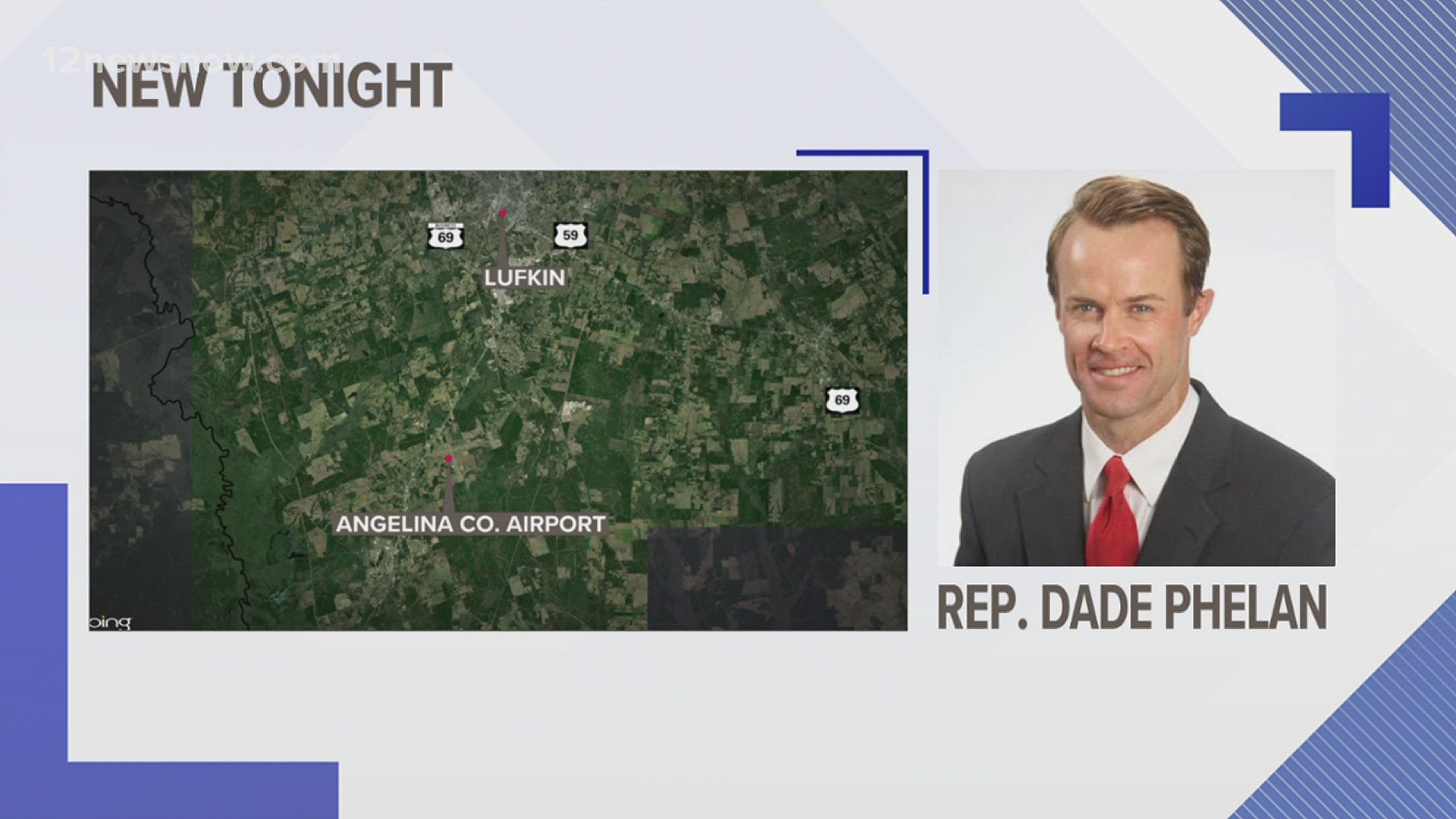 LUFKIN, Texas — Texas State Representative and presumptive house speaker Dade Phelan was not injured after the plane he was in skidded off an East Texas runway.

The accident happened Wednesday in Lufkin at the Angelina County Airport during a heavy rainstorm, Phelan said.

"It was an accident, but we're all good," he said. "Everyone is fine. We had some damage to the plane. The pilot did an excellent job of mitigating injuries, and we are all good."

Phelan and one of his staff members as well as the pilot of the private jet all escaped the incident unharmed, he said.

Phelan is traveling more while he prepares to become Texas House Speaker, he said.

The plane had flown from Austin to Lufkin and was taking off for Tyler en route to Austin when the accident happened, Phelan said.