HOW TO HELP: Southeast Texas prepares to help Louisiana neighbors after Hurricane Ida

Southeast Texas non-profits and businesses are getting ready to help residence of Louisiana, and they are asking for volunteers. 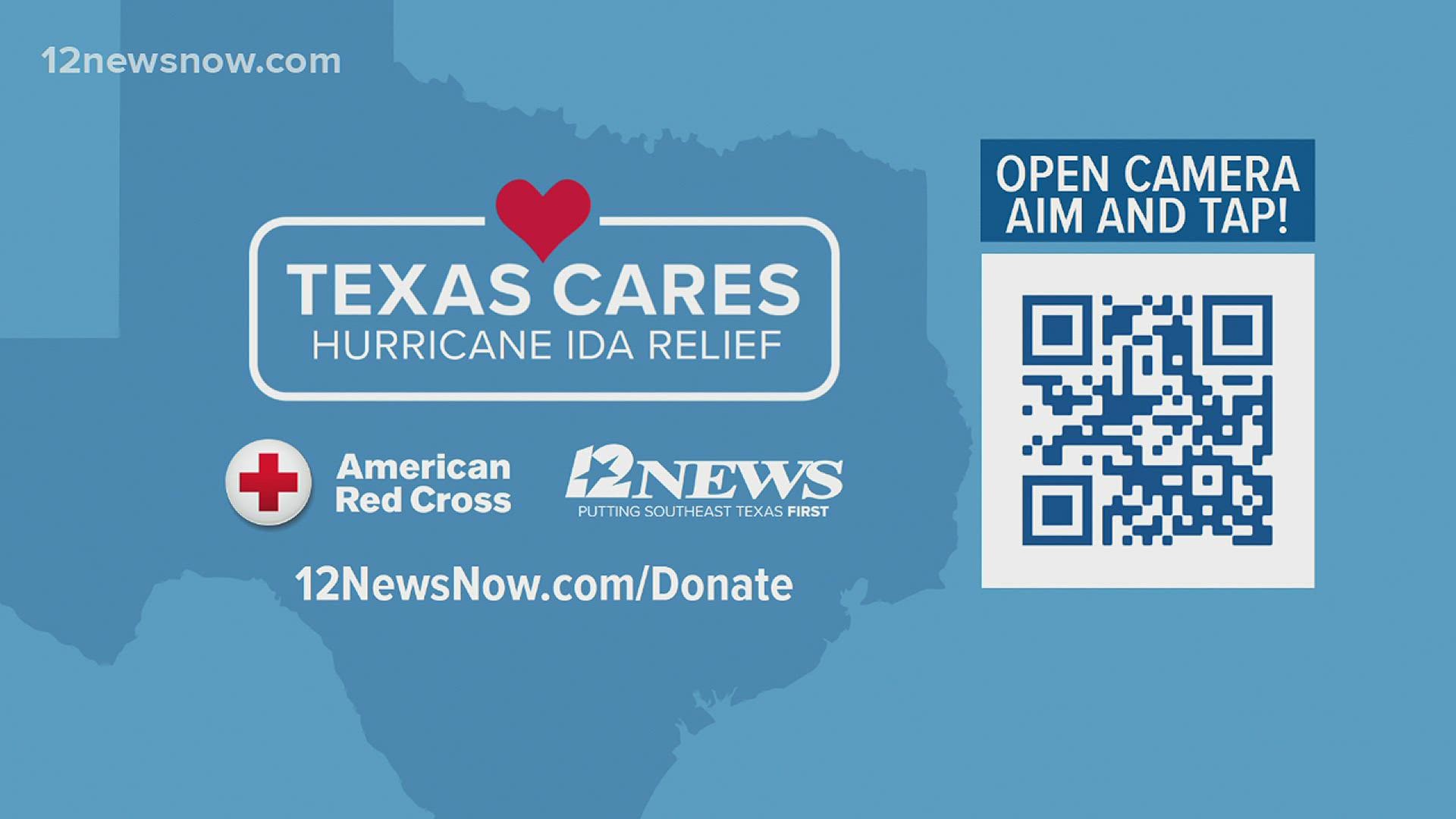 BEAUMONT, Texas — As parts of Louisiana prepare to clean up damage brought by Hurricane Ida, Texas non-profits and businesses are on standby, ready to deploy to help our Louisiana neighbors.

Ida made landfall Sunday morning in Louisiana as an extremely dangerous Category 4 hurricane. Ida brought flooding to parts of Louisiana and left all of New Orleans without power.

Here's some organizations and groups in Southeast Texas collecting help for or helping Ida victims directly...

They are planning to work with local hotels to feed more evacuees.

They are currently accepting donations at their website, restorationhousesetx.org.

The Beaumont Municipal Airport and Aero Bridge, a non-profit organization, will be accepted donations for New Orleans and all areas affected by Hurricane Ida.

The airport will be a staging area for aircrafts provided by Aero Bridge, as well as for Hurricane Ida donations. Aero Bridge will transport the donated with those aircrafts. Aero Bridge officials are asking for water, adult and kid diapers, and light snacks.

Those needing a receipt for tax purposes are asked to leave their name, address, and phone number, and one will be mailed.

One City Church's One City Cares outreach group in Beaumont is accepting donations at OneCity.Church/Give.

Urban Habitat is accepting donations of water, baby formula, and dry goods at its store at 4145 Gladys in Beaumont. They will make their second trip to Louisiana on Thursday morning.

Madison's on Dowlen is teaming up with Gator Country. They are planning to go to Louisiana Tuesday to help feed those impacted by the storms and are asking for donations of essentials needed during disaster recovery.

In a Sunday Facebook post, Gator Country officials specified the need for tarps and nonperishable items. Those who would like to can donate at Gator Country or Madison's.

Those who want to give monetary donations can send money to Gator Country's Venmo: @GatorcountryBMTTX and Cash App: @GatorCountryBMTTX.

Southeast Texans can also bring cash or checks to Madison's located at 4020 Dowlen Rd. or Ricken James in Vidor.

Frankie Randazzo, co-owner of Madison's, said they have raised $2,500 so far. Gary Saurage of Gator Country has contributed $3,000 to jumpstart the efforts.

As soon as the storm is over, Red Cross will need all the help and resources they can get, Jennifer Sparks, Red Cross communications and marketing manager, said.

The Salvation Army is already planning to go to Louisiana after the storm.

Salvation Army officials said they are still helping people who suffered flooding from Imelda and disaster from Laura, so the prepping drill is not new.

The Salvation Army has been closely monitoring Hurricane Ida and preparing for a potential response after the storm. They will have emergency disaster teams and response units pre-staged in Beaumont.

The organization will need more volunteers and supplies, Moore said. For those who are would like to help, you can contact the Salvation Army by calling 409-896-2361 or emailing Jason.Moore@uss.SalvationArmy.org.

Those who wish to donate can do so:

The Red Cross said some 600 volunteers are either on the ground or staged to support relief efforts after Ida makes landfall. Across Louisiana and Mississippi, the Red Cross and other organizations have opened dozens of evacuation shelters offering safe refuge for hundreds of people. The number of open shelters and people staying in them is changing hourly.