The boy was reported missing last month and his remains were found about a week ago. His father's girlfriend has been charged in connection with his death. 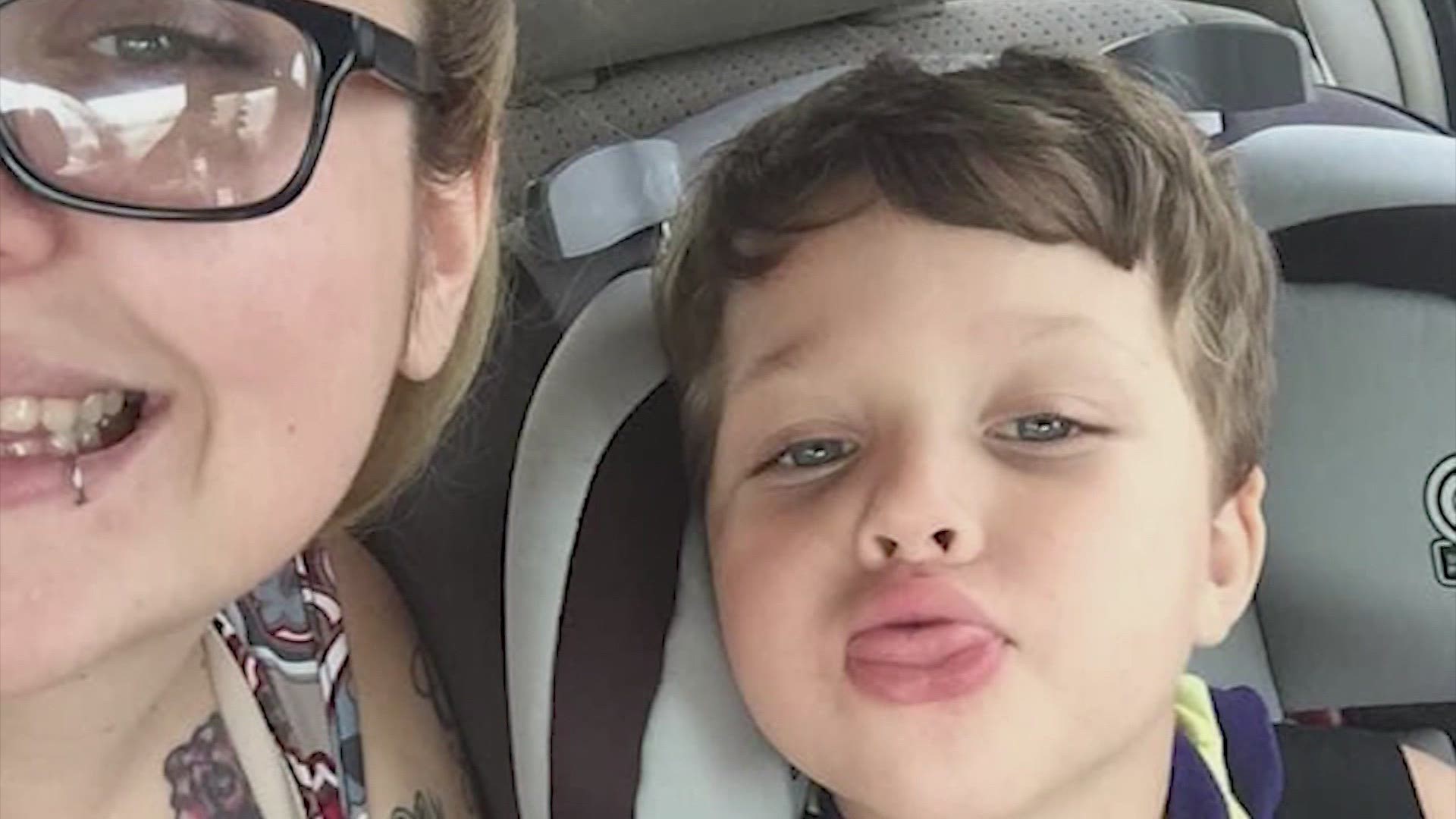 HOUSTON — The body found earlier this month in a plastic bin inside a Jasper motel room has been positively identified as that of Samuel Olson.

The 5-year-old was reported missing five days before the discovery.

The boy's father's girlfriend, Theresa Balboa, was taken into custody at the motel and has been charged with tampering with evidence. She's the one who reported Samuel was missing, but police said there were holes in her story from the beginning.

RELATED: 'Every word you're saying is a lie': Texas EquuSearch founder says he confronted Theresa Balboa

According to the initial autopsy report, Samuel died from "homicidal violence with blunt head trauma."

On May 28, the day after the boy was reported missing, Balboa's roommate told detectives that Samuel died on or around May 10. He said Balboa called him at work that day to tell him Samuel was dead. The roommate said when he returned home to their apartment in Webster, he saw Samuel’s bruised body lying on a bed. He said he and Balboa placed the body in a bathtub for a couple of days.

The roommate told police he went to Walmart and bought a plastic bin and duct tape. The receipt was found during the investigation. He said he and Balboa wrapped Samuel's body in a plastic sheet and put it in the bin. He said they took it to a storage unit at 16650 Highway 3 in Webster.

The man said he booked a room for Balboa under his name at the Best Western Inn on West Gibson Street in Jasper. A surveillance camera showed a man and woman get out of a truck registered to that man and drag a plastic bin into Room 106. It was approximately 3:30 a.m.

The man who said he drove Balboa to Jasper went home and called Crime Stoppers and told them they could find her at the Best Western. Jasper police questioned Balboa before finding the body of a child in room 106. They contacted HPD and the Texas Rangers, who headed to Jasper. Balboa was taken into custody.

Balboa faced a judge for the first time Monday morning. The judge raised her total bond to $600,000 at the request of prosecutors.

The new bond includes $500,000 on the tampering with a human corpse charge and another $100,000 added on to the charge of choking Samuel's dad last November. She was out on a $5,000 bond for that charge when she was arrested last week in Jasper.

The district attorney said more charges could be coming once an autopsy is complete on the body found in the Jasper motel room.