The bond on the tampering with evidence charge was $500,000. The judge added another $100,000 on the charge of attacking Samuel's father Dalton last fall. 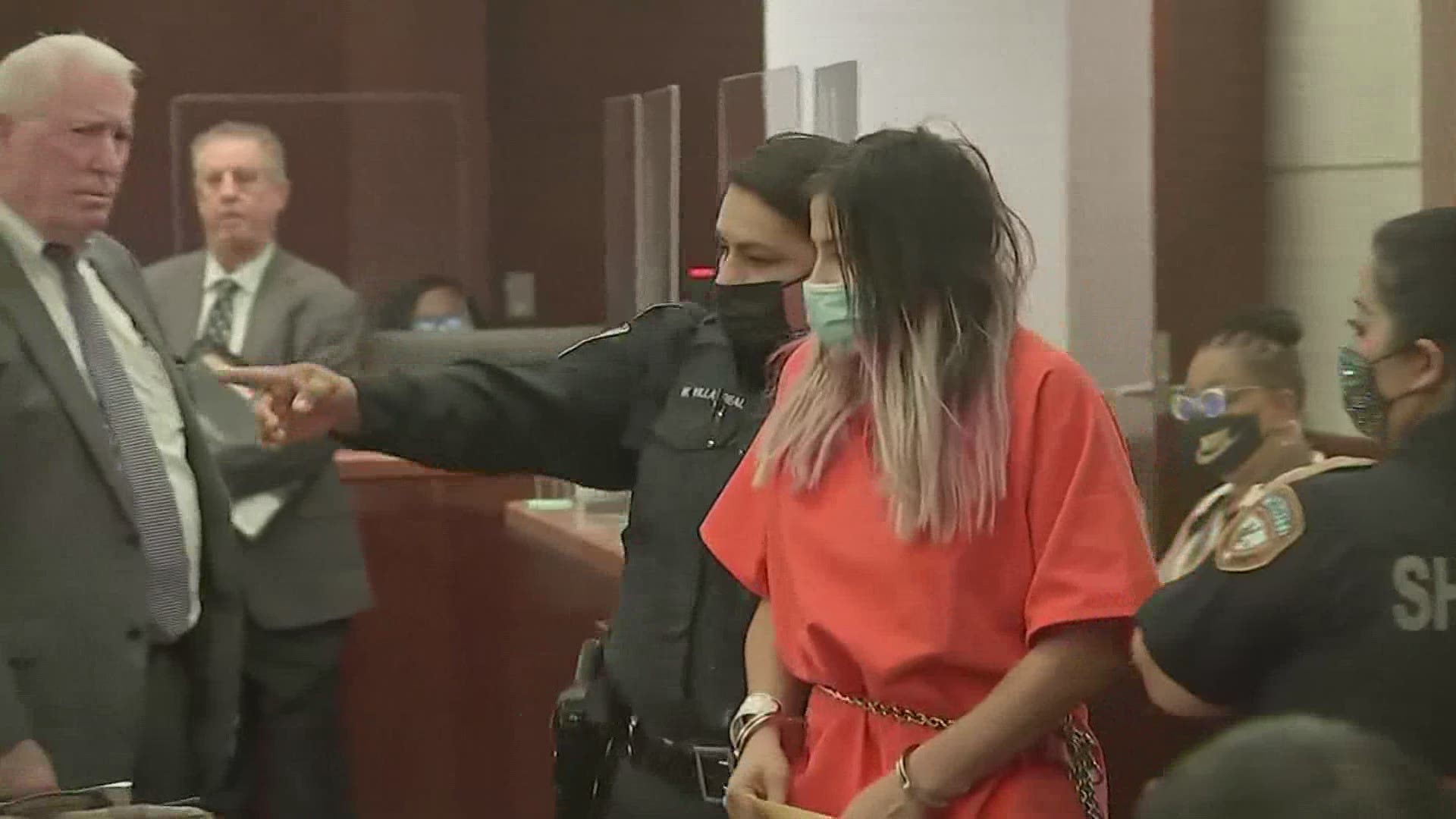 HOUSTON — Theresa Balboa, the woman at the center of the investigation into Samuel Olson's disappearance, faced a judge for the first time Monday morning.

He raised her total bond to $600,000 at the request of prosecutors.

The new bond includes $500,000 on the tampering with a human corpse charge and another $100,000 added on to the charge of choking Samuel's dad last November. She was out on a $5,000 bond for that charge when she was arrested last week in Jasper.

They say she engaged in conduct that led to her arrest in a Jasper motel room with a body believed to be Samuel Olson’s and lied to law enforcement.

They also said last week that Balboa’s a flight risk and was on the way to Louisiana when she was caught.

Finally, they say she contacted Dalton Olson, which was not allowed.

Balboa's attorney didn't have much to say about the higher bond.

“I don’t have an idea on it. I don’t know anything about it. I’ve covered it pretty simple," said Robert R. Scott, Balboa's public defender.

The $100,000 increase in bond was on the impeding breathing case against Samuels dad, she was previously out on bail for.

The district attorney said more charges could be coming once the body believed to be Samuel is identified and his cause of death his determined.

Samuel was reported missing on May 27. A witness later told police that Samuel died more than two weeks before that. Court documents say Balboa told her roommate that Samuel was dead on May 10. The roommate told investigators he went to their apartment and saw the boy's lifeless body on a bed covered in bruises.

UPDATE: Theresa Balboa just appeared. Her bond was increased to 600k. District attorney is awaiting results of autopsy, charges could be upgraded in coming days.

He helped Balboa move the child into the bathtub and later move his body to a storage unit, according to police.

A different man told police that he drove Balboa and the body to the motel in Jasper last week. That man later tipped off Crime Stoppers and told them where to find her.

The boy's grandmother told KHOU 11 that she can't believe nobody else has been charged in the case.

Balboa's next court date is set for July 29.