The facility is expected to create thousands of jobs during construction and more than 200 permanent jobs when finished. 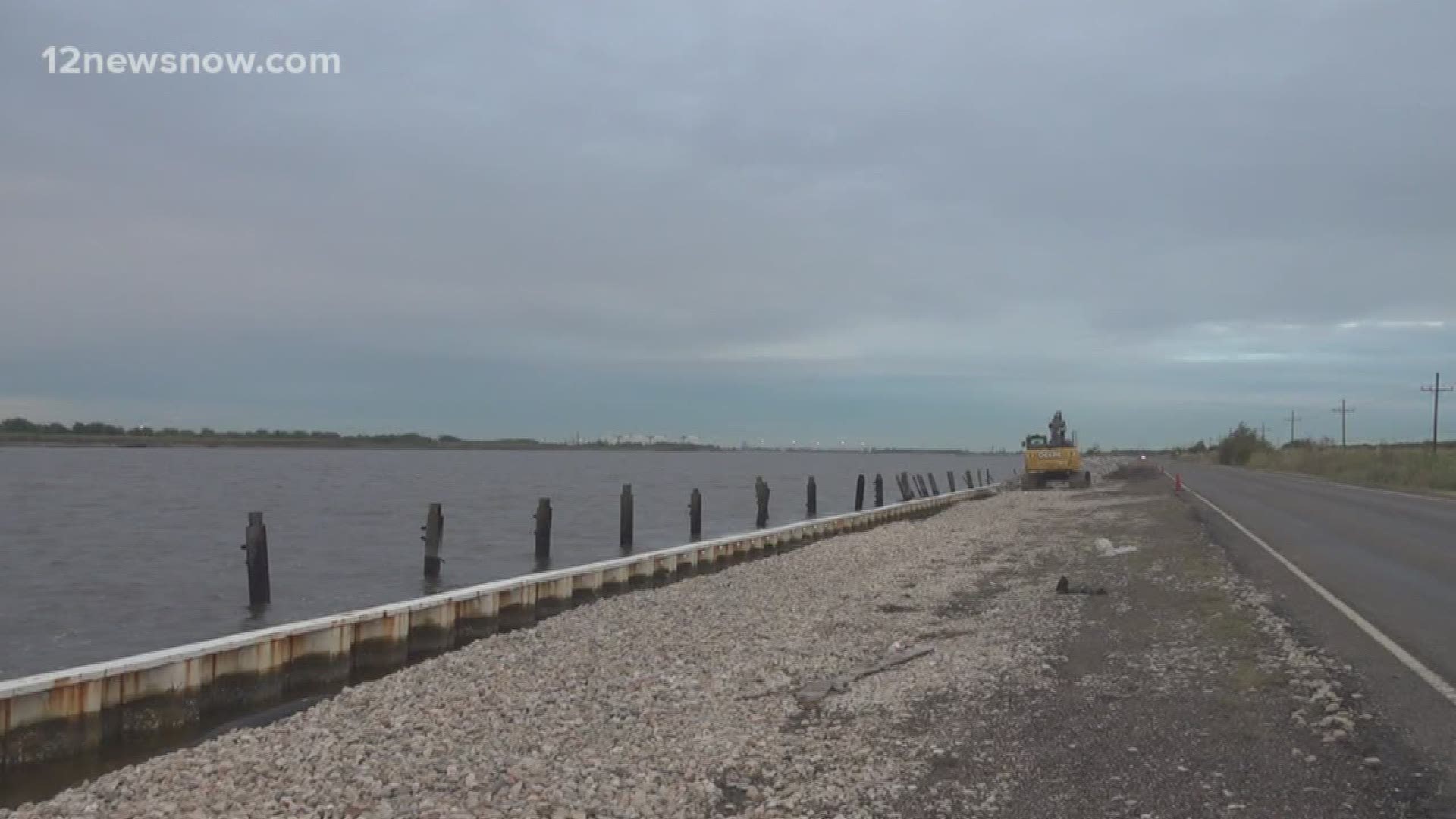 PORT ARTHUR, Texas — State Highway 87, between Port Arthur and Sabine Pass, will soon be filled with trucks of rock, pipe and other materials.

On Thursday, leaders broke ground on a project to move the highway in an effort to make room for a new multi-billion dollar Port Arthur LNG plant.

Sempra LNG senior project director Marvin Ivey was one of nine officials to participate in the ceremony.

"It's been a dream of ours for a long time," Ivey said.

Fortunately, for people who routinely use the road, this project shouldn't cause much delay in travel time.

"It's going to be busy down here from a construction site standpoint," Ivey said. "Most of our construction will be off of the highway and largely out of site from the public while that's going on."

Branick tells 12News this road project will provide the county with opportunities for growth.

"It's going to open up thousands of acres of water front property for future industrial development and job creation which I'm always excited about," Branick said.

3.5 miles of highway, stretching from the Intracoastal Waterway to Keith Lake, will be moved west.

"We're going to have trucks on the highway, we're going to be moving rock and other materials," Ivey said. "So, we want people to be careful when they're transiting up and down 87 and be patient."

Construction of the $140 million project will take 18-20 months to complete, should reduce erosion and flooding which has been an issue for years.

"TxDOT was repeatedly having to come out here and try to prevent the erosion. They haven't really been successful with it because of the patchwork...way that it's been done," Branick said. "That's not a criticism to TxDOT, it's just that the waters were constantly overlapping and damaging the roadway."

The movement of State Highway 87 will also create safer travel for motorists along the stretch and help open the gates for the Port Arthur LNG plant.

Once the relocation project is complete, the plant will begin construction which is expected to take approximately three to four years.

"It's been a long haul to get us to this point, so we're really excited about kicking off the road," Ivey said. "This is just a starting point for what we're going to be doing here in Southeast Texas."

The Port Arthur LNG facility could be one of the largest liquefied natural gas exports in North America.

It's expected to create thousands of jobs during construction and more than 200 permanent jobs when finished.

Sempra LNG, a San Diego-based company, says the new highway segment will follow Entergy's existing steel transmission lines and will the built to TxDOT standards. The construction is set to be completed in 2021, and the highway 'will be donated to the state of Texas.'

The facility is set to be located in the community of Sabine Pass according to a Sempra LNG news release.

The release says the city of Port Arthur's water lines to Sabine Pass will be upgraded as part of the relocation.

Sempra LNG announced in April it got the go-ahead from FERC to sit, construct and operate the facility in Port Arthur.

The export project is expected to include two liquefaction trains, up to three LNG storage tanks and other facilities to allow the export of LNG according to the release. 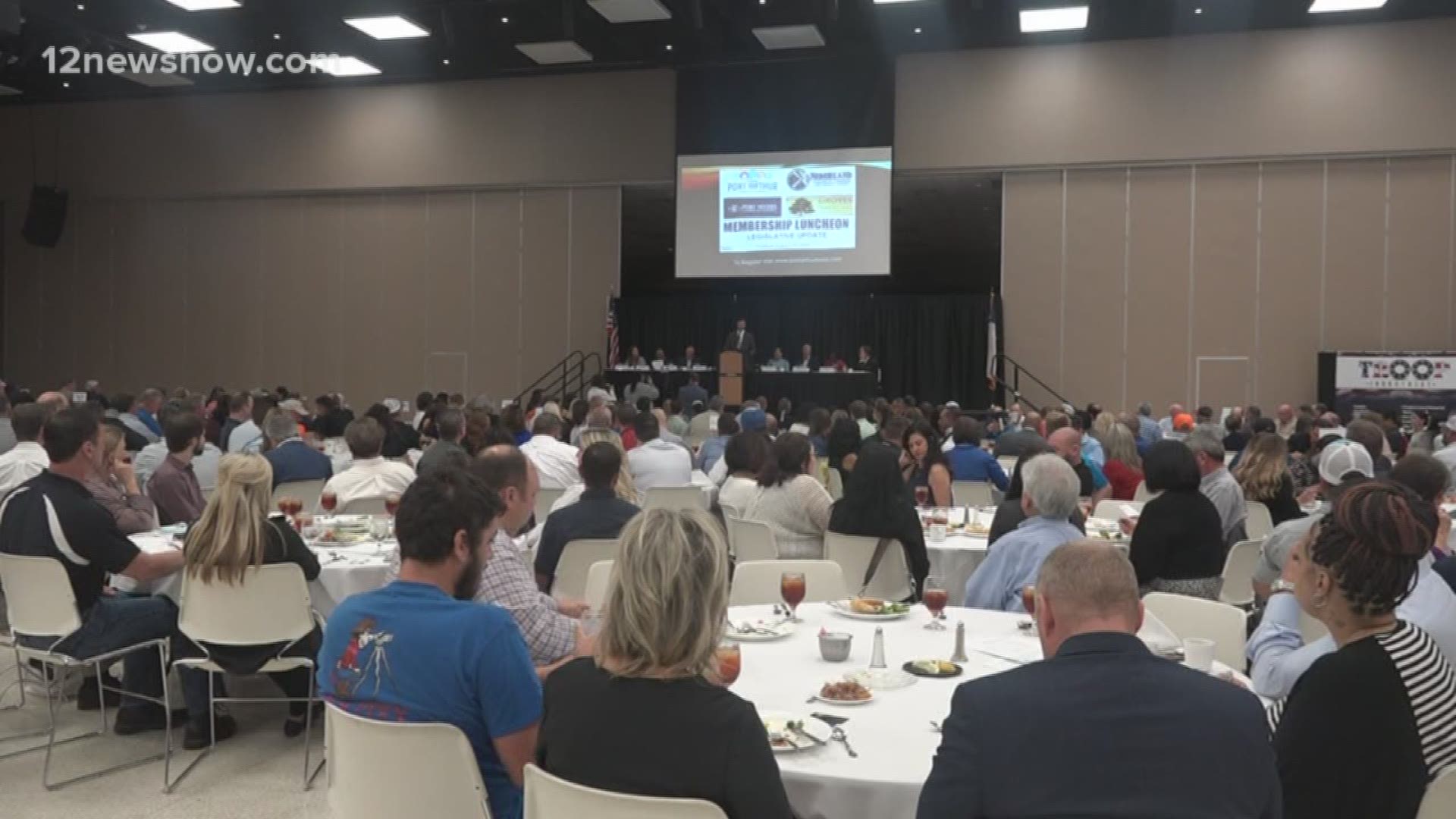 Work With Us | Port Arthur LNG
At Sempra LNG, we value working with businesses that reflect the customers and communities we serve and that enhance our opportunity to remain competitive while contributing to a more vibrant and robust local economy. Interested in becoming a vendor for the Port Arthur LNG project? Fill out our Vendor Information Form.
Portarthurlng