The construction of the liquefaction facility would provide natural gas and create new jobs in Jefferson County. 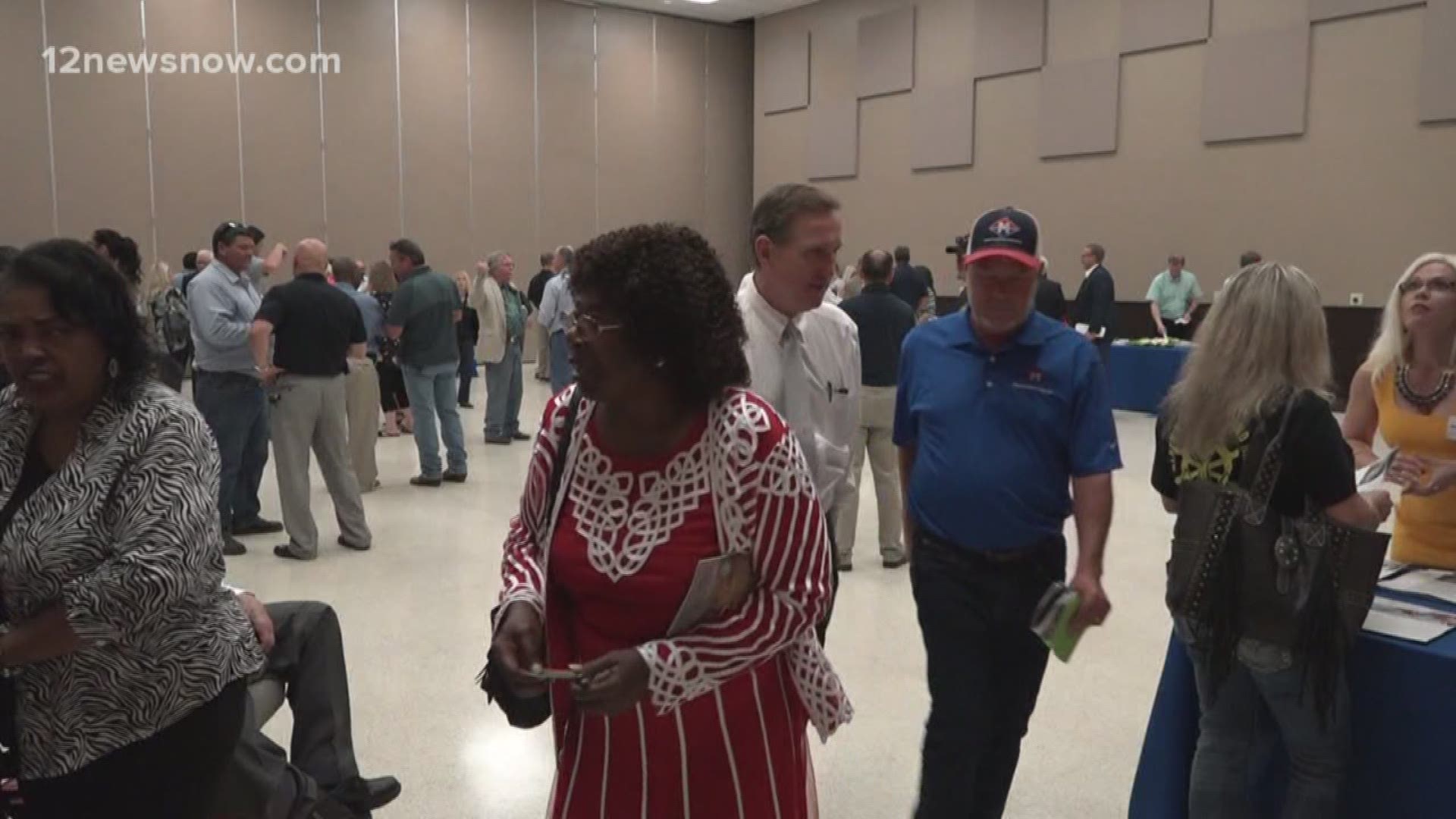 The construction of the new facility will create thousands of jobs, and is expected to create more than 200 permanent jobs overall.

It will occupy a three-mile portion of Highway 87 between Kieth Lake Pass and Intracoastal Waterway.

The proposed project is designed to include two natural gas liquefaction trains capable of producing, under optimal conditions, up to 698 billion cubic feet of natural gas each year according to the Port Arthur LNG website.

Sempra LNG chose Bechtel as the contractor for phase one of the project.

Several local organizations are getting involved in the new facility's progress.

She met with representatives from different companies to discuss opportunities in employment.

"We're certainly concerned and interested in getting an opportunity to put forth the people in our community. Give them opportunities with corporations like Sempra and Bechtel," Spivey said.

"When folks like this come to town to do a project we're able to help them, like we've done on several projects in the area, find contractors," Travis Woods with T & L Solutions, LLC said.

Those involved in the project say those hiring for the natural gas export facility won't have to look far to find employees.

"That's not a problem here in the Golden Triangle. There's plenty of qualified contractors that are ready to go to work on a big project like this," Sempra's senior project director Marvin Ivey said.

He said workers won't have to wait much longer to get started.

"We're still working toward our final investment decision that should come sometime next year. At that point, we we would kick off construction anmd it's a five to six year construction project," Ivey said.

As for Spivey and Woods, they say Tuesday's event was a success.

"It was a very positive result, there will be meetings in Houston tomorrow as a result of this meeting tonight. So, we're already moving forward." At 4-6:30 p.m. Wednesday, Motiva will be using the Bob Bowers Civic Center for its Supplier Summit, click here to register.