Less than 4,000 people are without power Tuesday night in Jefferson, Orange and Hardin Counties. 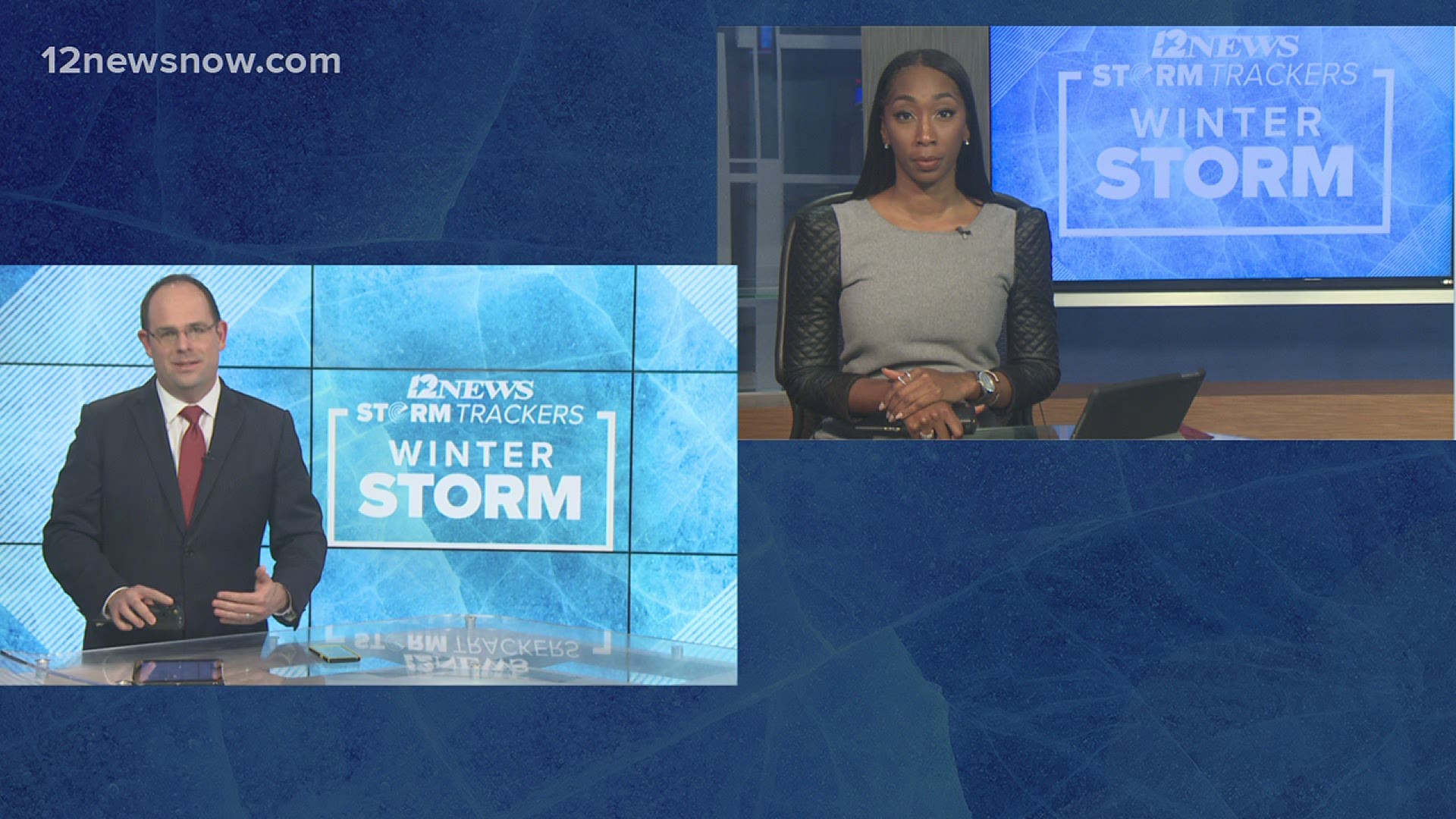 The company says they will return their system to normal operations.

"All customers affected by this directive are either restored or in the process of being restored. Thank you for your patience and your voluntary conservation of power as we work through this difficult situation," the release said in part.

Rolling outages were canceled earlier Tuesday afternoon, but around  8 p.m. in the evening, more than 30,000 customers were without power.

Less than 4,000 people were without power Tuesday night.

MISO, Entergy's reliability coordinator, canceled its order for power outages across the area around 3 p.m. Tuesday, giving Entergy the green light to restore power to the nearly 50 thousand customers left in the dark for most of the day Tuesday morning.

“We know how challenging these past couple of days have been for our customers and communities,” Sallie Rainer, Entergy Texas president and CEO said in a news release. “We are closely watching and preparing for additional winter weather tonight that will impact our service area.”

In a text message sent out to customers just after 6:30 a.m, Entergy announced that its grid operator, Midcontinent Independent System Operator, told them to start outages to "maintain the safety and stability of the power grid."

At 3 p.m. Tuesday, power was restored to nearly half of the customers in Jefferson County.

Here’s a county by county breakdown as of 3 p.m. Tuesday:

“While we have come a long way since Monday morning, we are not out of the woods just yet,” said Rainer. “We have taken additional steps to prepare and protect our assets for the extreme cold beyond the measures implemented in advance of the winter storm earlier this week, in addition to returning power generation to service. Customers can help by continuing to conserve energy in the coming days.

The entire state is experiencing an unprecedented power shortage due to a severe winter storm that has impacted nearly every corner of Texas.

As many as 4.3 million Texans were in the dark Monday night because one of the state's power grids couldn't keep up with demand.

Most of Texas is connected to ERCOT or the Electric Reliability Council of Texas. That's the grid that left the state paralyzed. Many across the state are still without power.

Southeast Texas and Entergy are on an entirely different power grid coordinated by MISO.

Here's why the situation is so challenging. Texas power grids are designed for summer days when Texans blast their air conditioner. The grid doesn't perform well in wintry weather.