City leaders have two options they are discussing 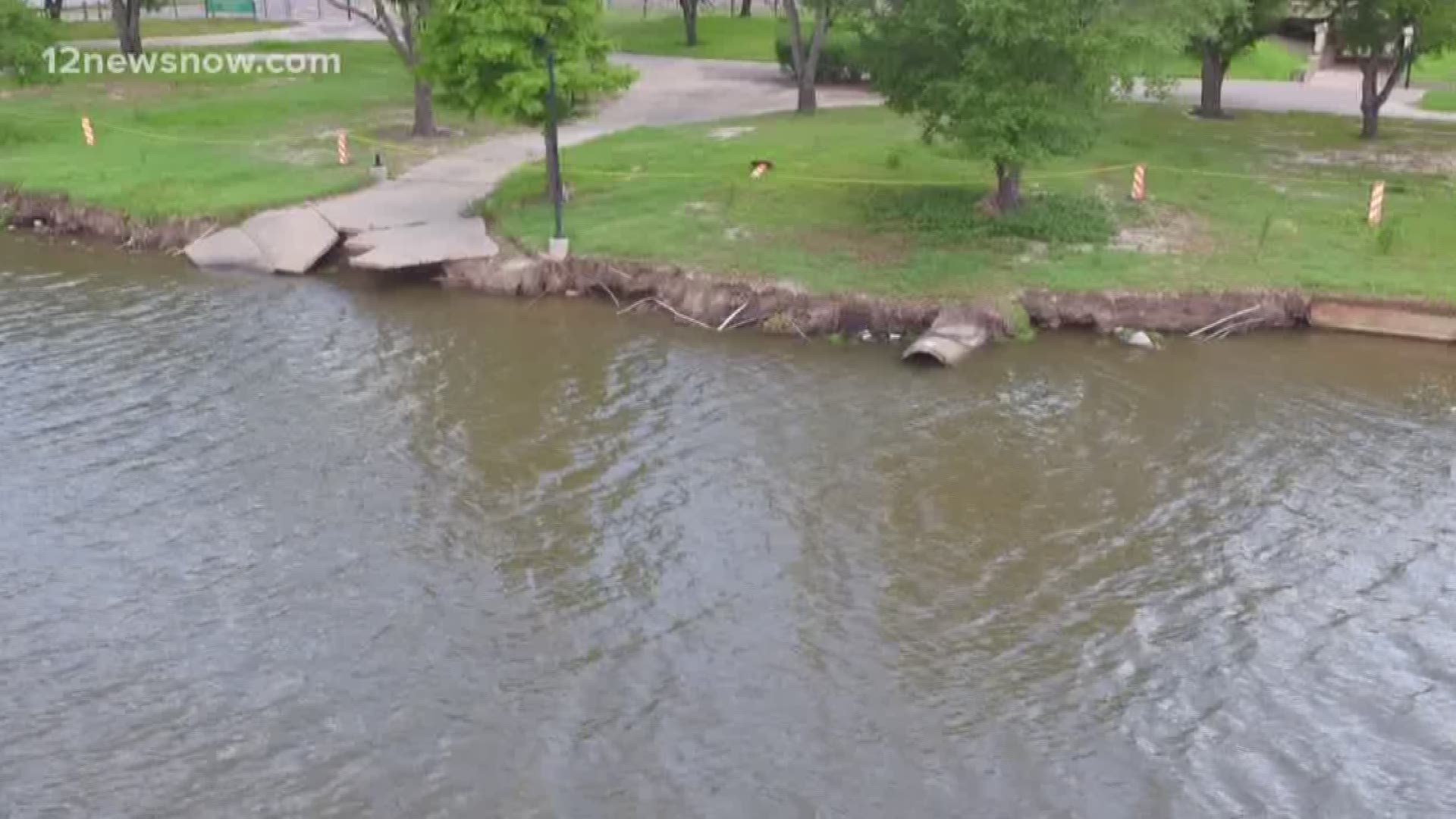 City councilman Mike Getz said there are two options on the table.

"You can look at Riverfront park and see that we have lost a tremendous amount of shoreline and to repair that it's going to be somewhere between 47 to 49 million dollars. Now the alternative is to stabilize the shoreline where it is now. That will cost roughly 28 million dollars," said councilman Getz.

The city park has been around since 1987, and lost a large chunk of its embankment during Tropical Storm Harvey.

If city council members decide to restore the park to the way it was before Harvey, it will cost about $47 million. FEMA will cover 90% of the cost.

If council members decide on the $28 million project, FEMA will still give the city the same amount of money as if it was going with the total restoration of Riverfront Park project. The stipulation is that city leaders have to tell FEMA where the money is going.

If the council goes in that direction, it will give the city $19 million to allocate for other options.

Getz says he believes the money could be used for a project to extend Dowlen Road. It's something leaders have been talking about for 15 years.

"My personal preference would be to use a big component of this $19 million to build the Dowlen extension."

Councilman Getz wants to use $8 million of the possible $19 million, from the Riverfront Project, to get the expansion project going.

The total cost of the project is $33 million.

At this time, no decision has been made about which option city leaders will choose.

If the less expensive option is chosen, council members will have to agree on a project for the $19 million.