It's an interactive learning experience for children. They can actually step into the shoes of the first man on the moon. 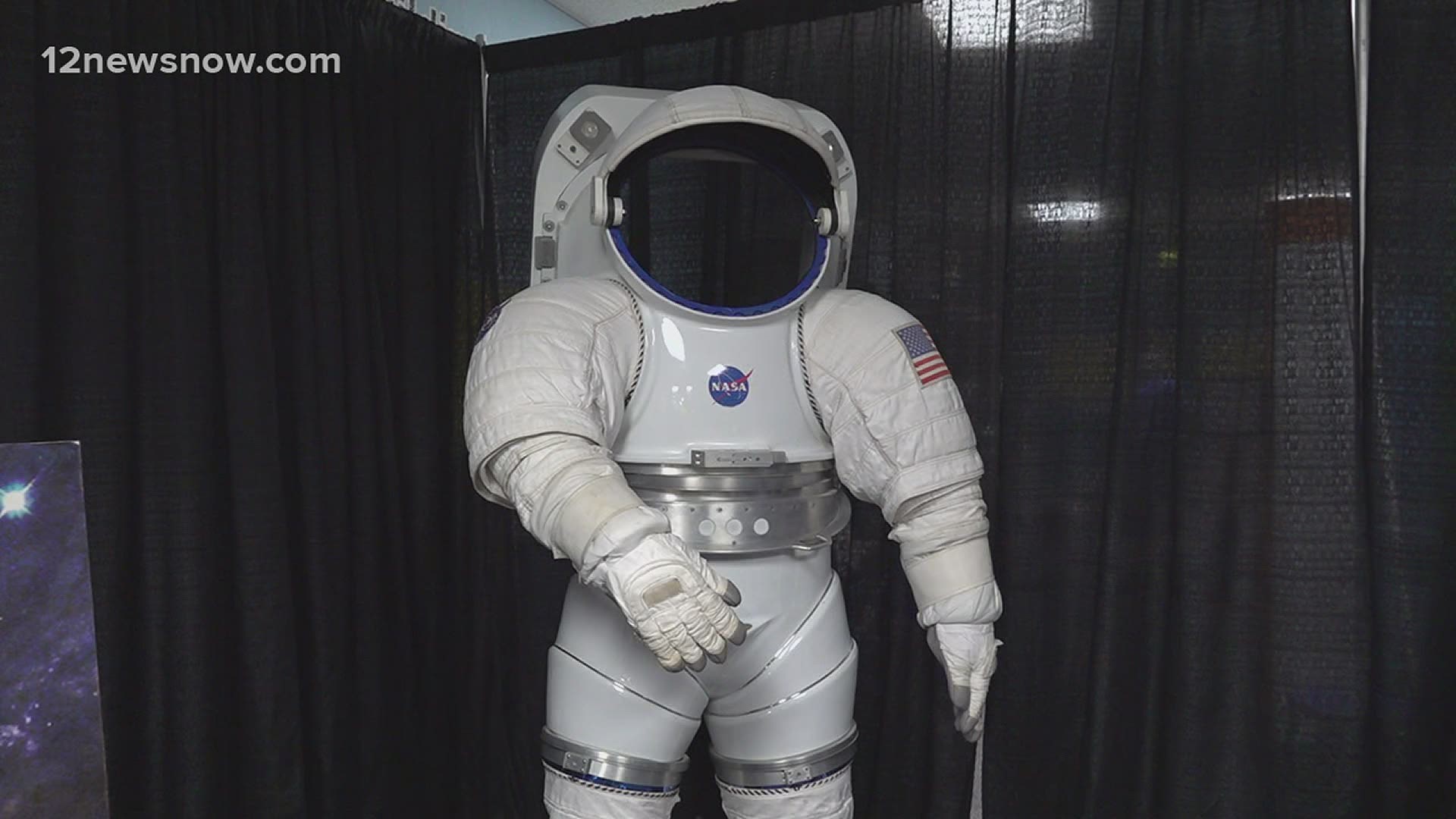 BEAUMONT, Texas — Tuesday marks 52 years since Neil Armstrong and Buzz Aldrin took one small step for man and one giant leap for mankind. On July 20, 1969, Apollo 11 landed on the moon, and it’s inspiring generations 52 years later.

The Beaumont Children's Museum wanted to celebrate the moment by handing out astronaut ice cream and opening an exhibit loaned to them by NASA.

“It's not always easy for kids to find age appropriate stuff like this especially in smaller areas like Southeast Texas,” said Taylor Blout, operations coordinator at Beaumont Children’s Museum.

It's an interactive learning experience for children. They can actually step into the shoes of the first man on the moon.

“There's several things they can touch and play with they can put on a helmet and a glove a space suit if they want,” Blout said.

The Johnson Space Center in Houston and local space educators donated other items like stickers, moon rocks, and even astronaut food.

“My favorite part about the space exhibit would probably be the meteors and the rocks,” Adams said.

The 11-year-old has always wanted to go to space.

The exhibit helped make that experience happen for her.

“We just want to like inspire the next generation of engineers astronauts technicians just everybody in S.T.E.A.M. It’s really important and we want to do it in a fun way,” Blout said.

It’s a goal the museum hopes they will accomplish.