Both drivers were taken to St. Elizabeth Hospital. 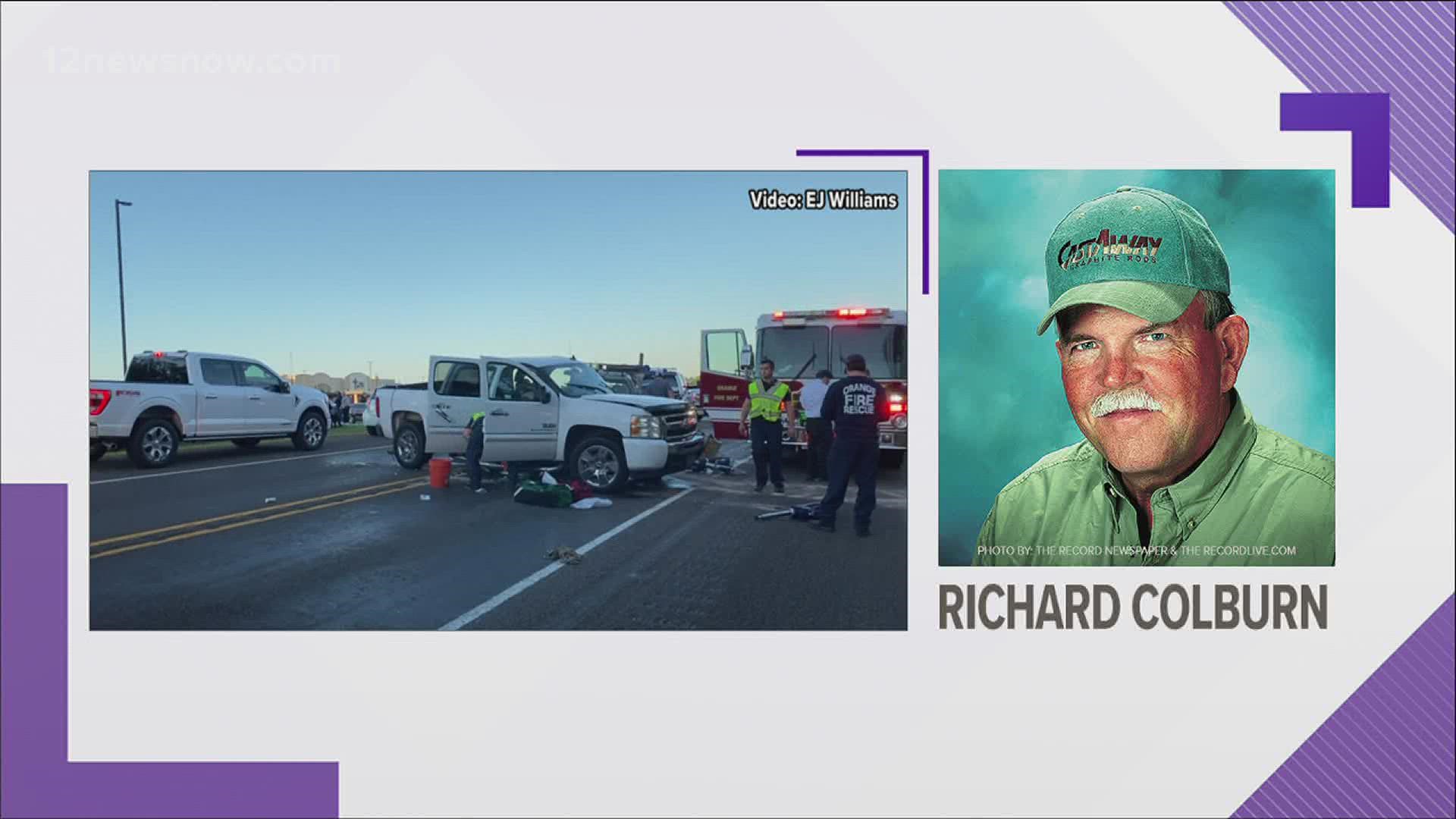 ORANGE, Texas — The Orange Police Department is investigating a fatal wreck that killed a local fishing guide from Orange and injured another person Wednesday evening.

It happened in the 7600 block of Martin Luther King Drive. Orange Police and first responders with the Orange Fire Department reported to the major crash at about 5:30 p.m.

The driver of the Ford SUV was taken to St Elizabeth Hospital by Acadian Ambulance with minor injuries.

The driver of the Chevrolet pickup was identified as Richard Colburn, 75, of Orange.

Colburn was flown by Air Rescue to St Elizabeth Hospital in Beaumont. He was later pronounced dead at the hospital at 7:27 p.m.

This is still an ongoing investigation with the Orange Police Department.

On Wednesday, October 27, 2021, at 5:37 P.M., Officers with the City of Orange Police Department and Orange Fire Department First Responders were dispatched to the 7600 block of Martin Luther King Drive in reference to a major crash investigation. Upon Officer’s arrival, it was determined that the crash involved a white 2009 Chevrolet Pick-up and a multi-colored 2005 Ford SUV.

The driver of the Chevrolet Pick-up was flown by Air Rescue to St Elizabeth Hospital in Beaumont, Texas. The driver was later pronounced deceased at the hospital at 7:27P.M. The driver of the Ford SUV was transported to St Elizabeth Hospital by Acadian Ambulance with minor injuries. The deceased white male was identified as 75-year-old Richard Colburn of Orange, Texas. The incident is still under investigation by the Orange Police Department.