Beaumont ISD was informed by Entergy that the estimated time for restoration at the buildings is 6 p.m. Thursday, Oct. 28. 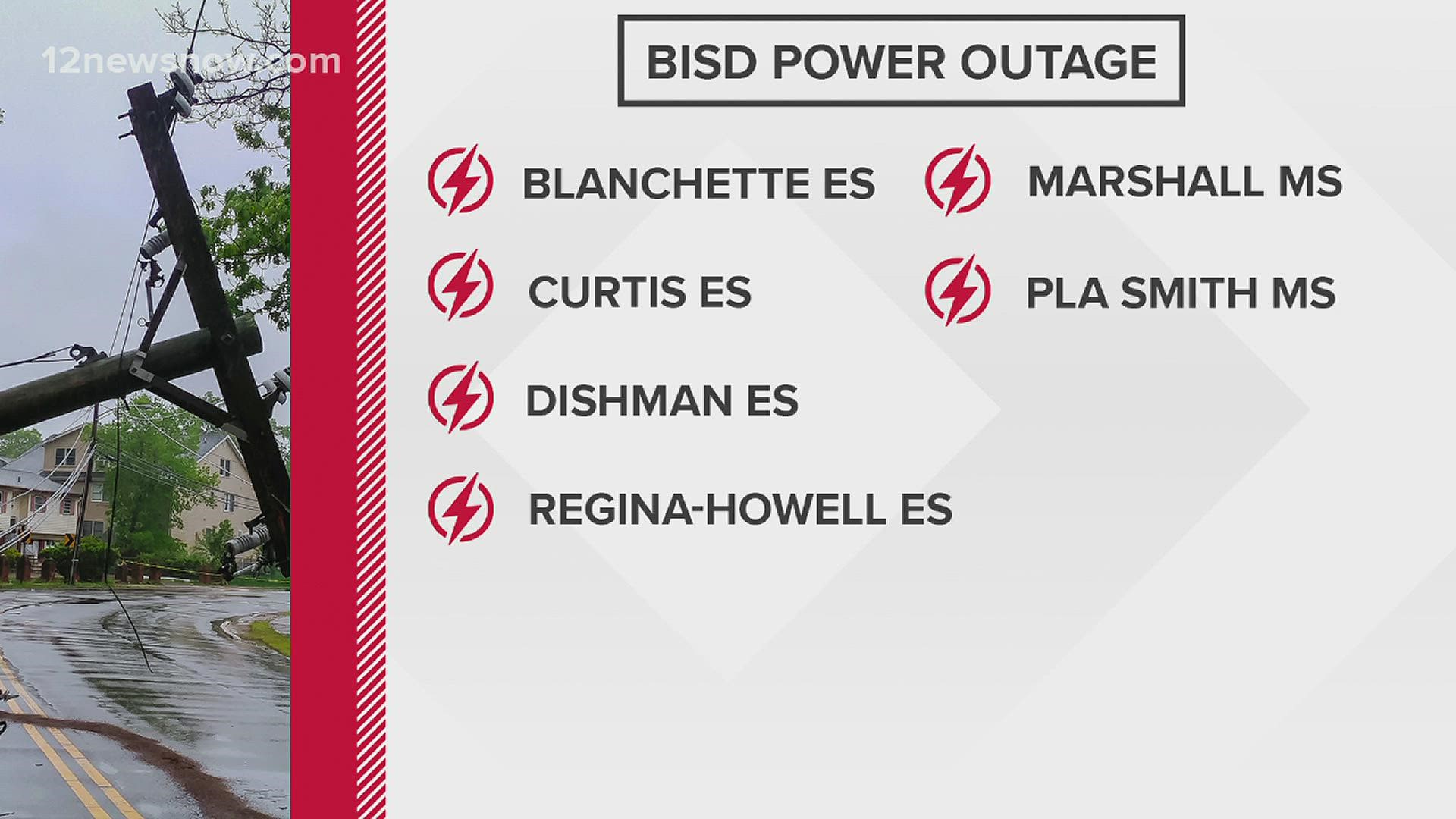 BEAUMONT, Texas — Two of four Beaumont Independent School District campuses that lost power during Wednesday's storms have had power restored and will resume classes Thursday while the other two remain without power.

Power has been restored to Blanchette Elementary School and the Beaumont ISD Administration Annex building and classes at those locations will resume at their normal times Thursday according to a news release from the district.

Curtis Elementary School and Smith Middle School both remain without power and will still be closed on Thursday the district said.

Beaumont ISD was informed by Entergy that the estimated time for restoration at the buildings is 6 p.m. Thursday, Oct. 28.

The district asked parents to be prepared and to monitor their phones for a 6 a.m. update on Thursday from the district.

As of Wednesday night, only two Southeast Texas school districts have made announcements about school closures following severe weather activity.

Vidor ISD is closing all campuses Thursday, citing the need to assess and repair damages after an EF2 tornado with winds at 120 mph caused damages throughout the Orange County community.