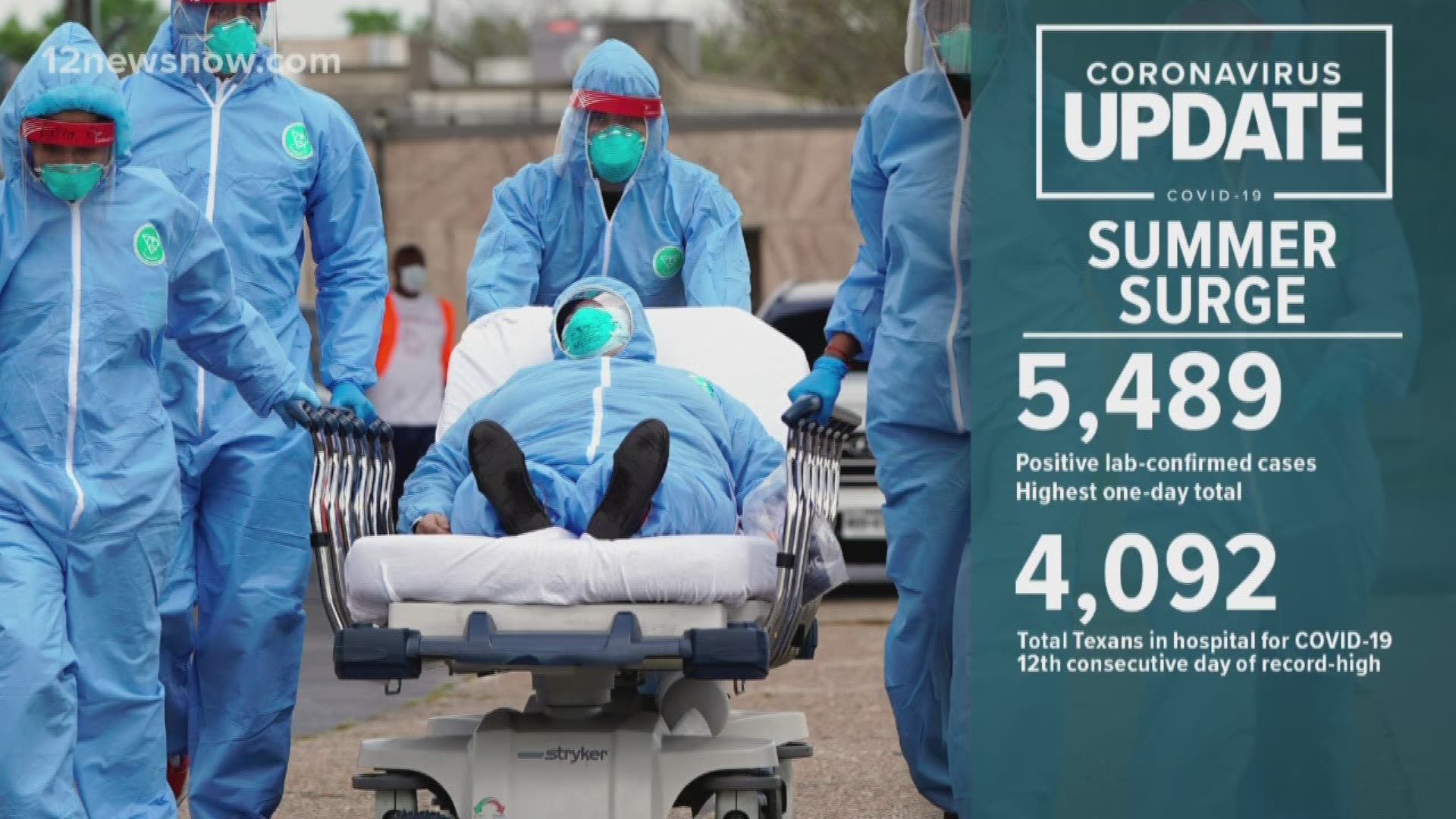 JEFFERSON COUNTY, Texas — There are now more Texans in the hospital with coronavirus than ever before as the summer surge of the potentially deadly virus continues.

For the 12th consecutive day, Texas saw a new record for hospitalizations on Tuesday. The state reported 4,092 people in the hospital with the virus. That's up from 3,711 the day before. Cases have been rising consistently since June 1.

Texas also reported 5,489 positive cases of COVID-19, another one-day high for the state. It's the seventh day in a row of at least 3-thousand positive cases.

Southeast Texas is also seeing records set during this summer surge of coronavirus.

In Jefferson County, there are now 70 people in the hospital, according to the tracking group SouthEast Texas Regional Advisory Council (SETRAC). That's the highest total recorded since the pandemic began.

Among the 70 hospitalized in Jefferson Co. are 34 people in ICU, which is also the highest number seen since the pandemic began. 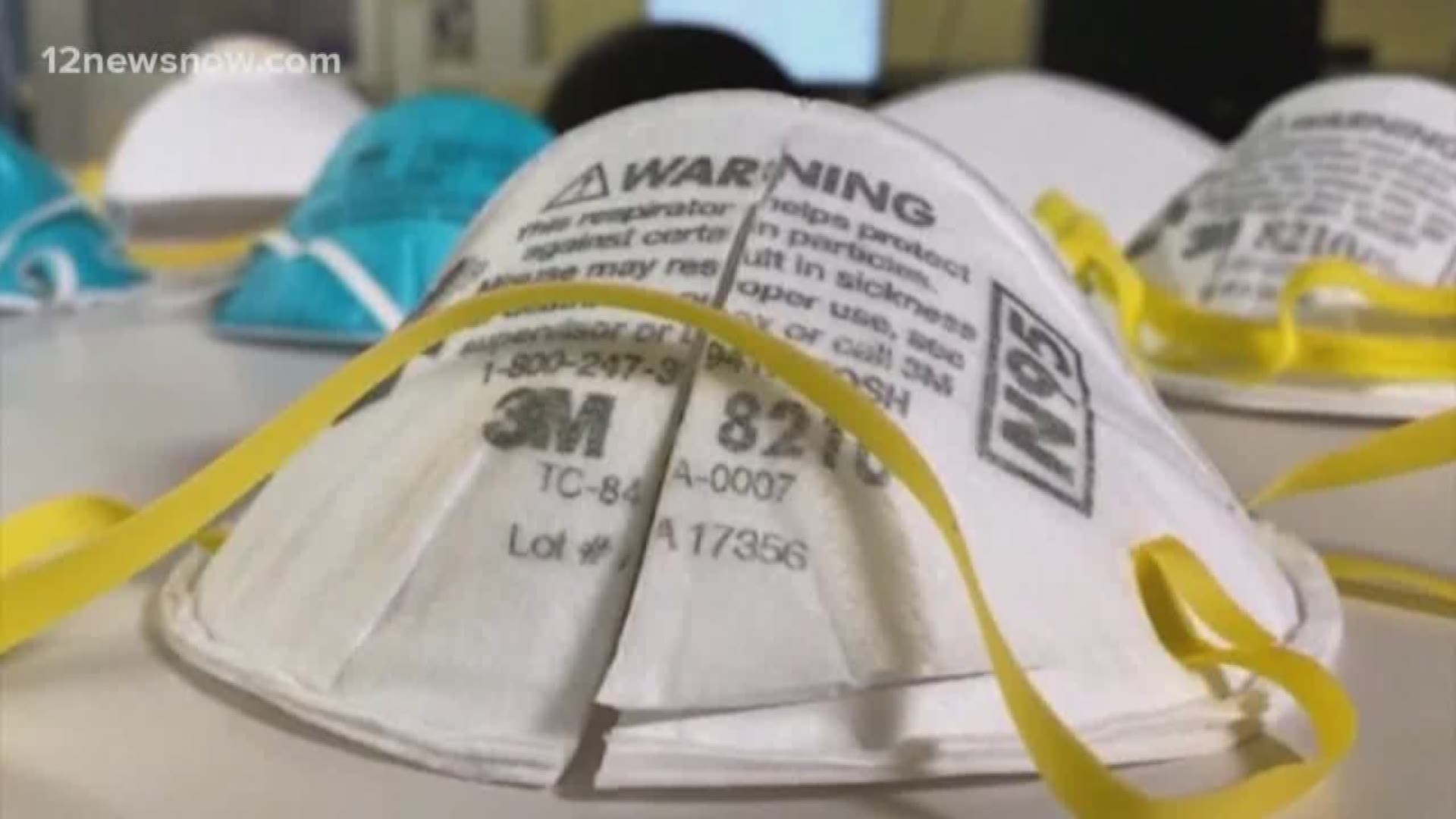 RELATED: VERIFY: Yes, H.R.5717 proposes taxes on gun and ammo purchases. No, it hasn’t been voted on yet.

RELATED: VERIFY: Your mail-in ballot will be sent regardless if it has a stamp or not

RELATED: VERIFY: Here's what you should know about the drug dexamethasone

RELATED: VERIFY: Lyme disease symptoms can be mistaken for COVID-19

RELATED: VERIFY: Can hand sanitizer cause your car to catch fire? 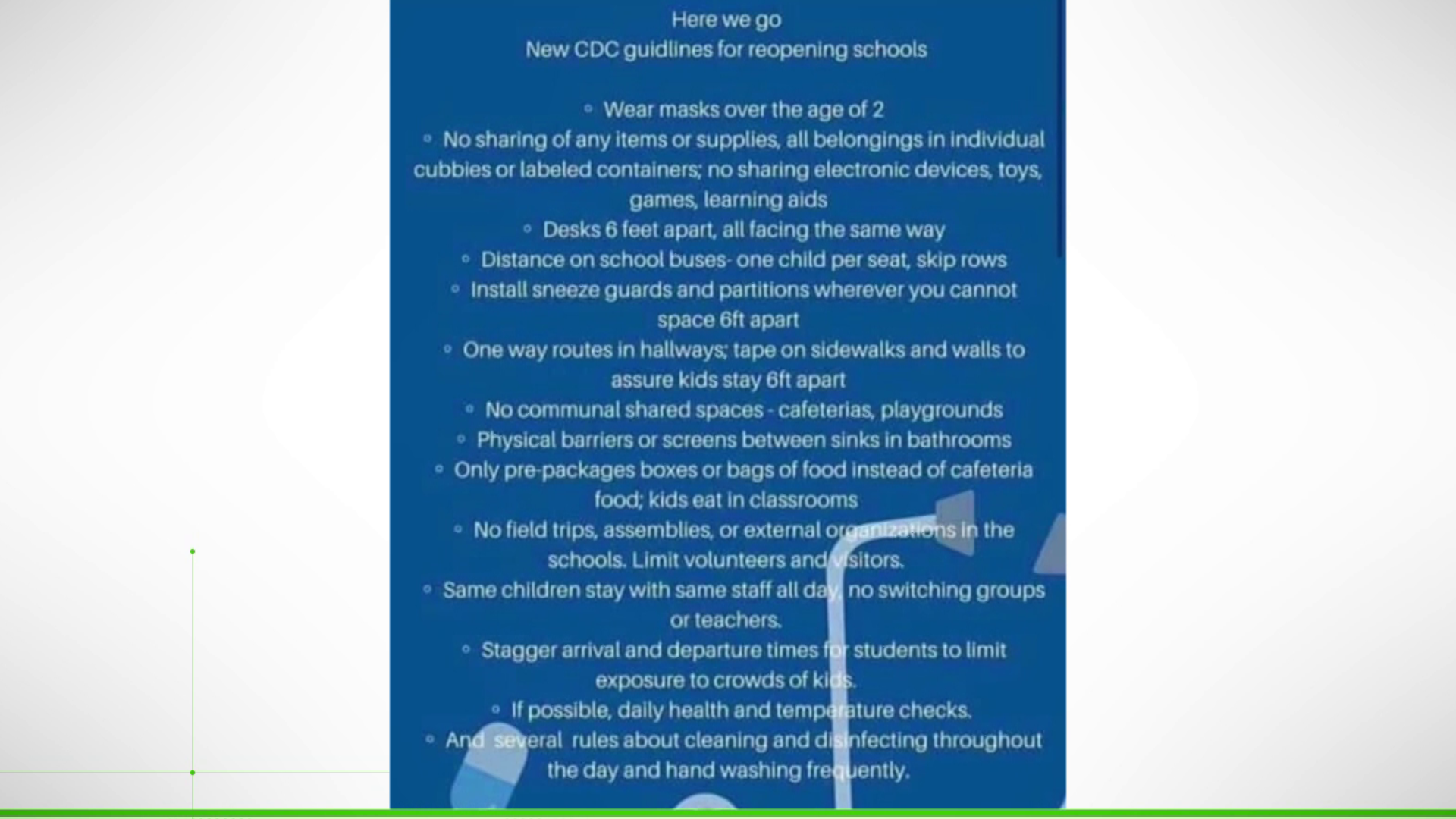