The reward is the largest reward ever offered by Crime Stoppers in this area. 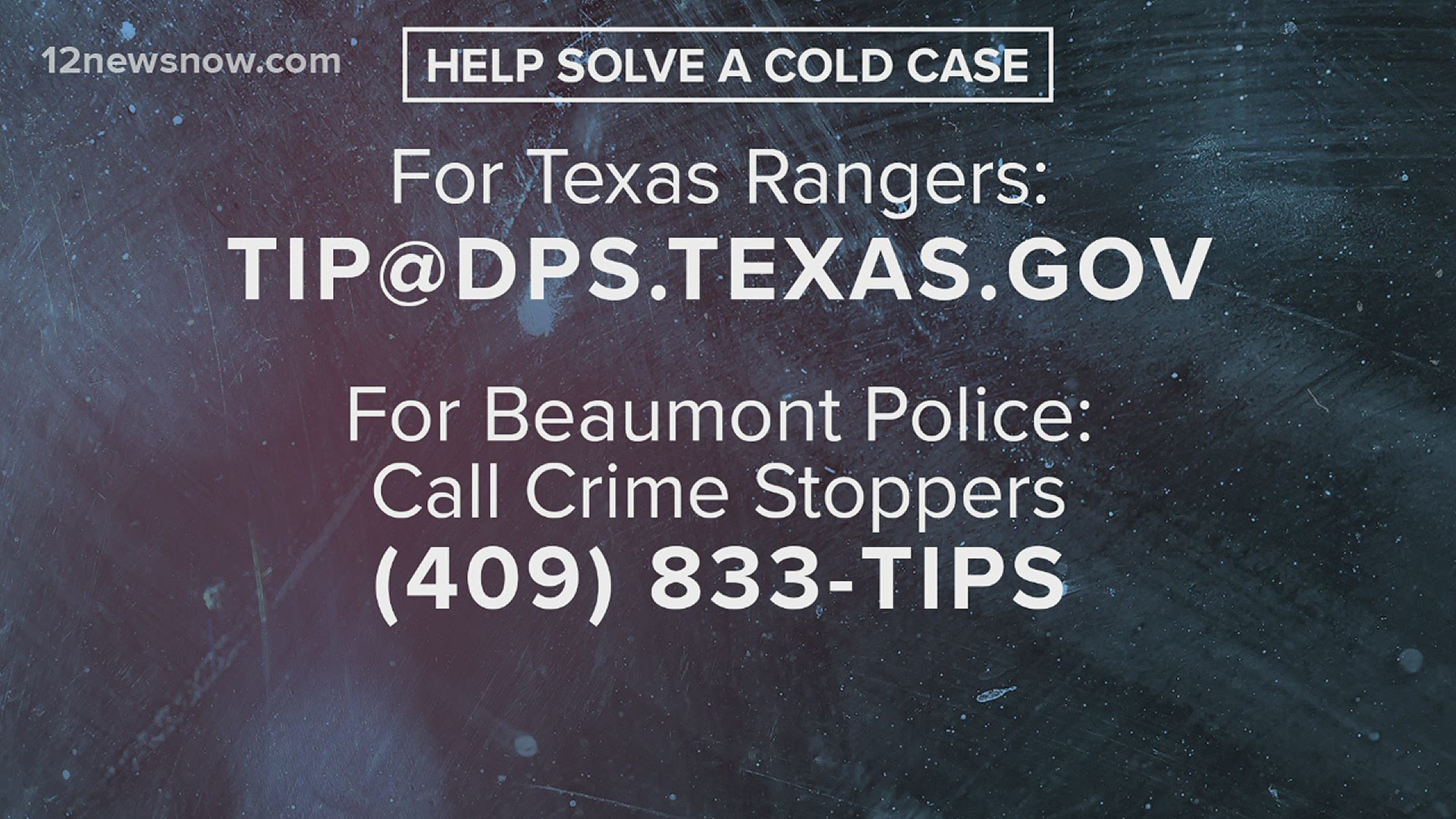 VIDOR, Texas — Police in Vidor are hoping a hefty reward will help solve the murder of a Vidor woman just over 30 years after her death.

Vidor Police Chief Rod Carroll announced in a news release Thursday morning that a $50,000 reward for information on Fulton's murder is now being offered.

The reward has been established through Crime Stoppers of Southeast Texas the release said.

The reward, which is more than ten times the current award of $3,000 offered by the Texas DPS, is the largest reward ever offered by the Crime Stoppers in this area.

The Texas DPS in 2018 doubled their reward to $6,000 for a month from the standard cold-case reward of $3,000 when they highlighted the case.

In early 2018 the case received some notoriety following speculation that the long-standing billboard maintained by Page's family along Interstate 10 in Rose City was the inspiration for the Oscar-nominated film "Three Billboards Outside Ebbing, Missouri."

The movie has a similar storyline to the unsolved murder in Vidor. The movie is about a mother who rents out three billboards to guilt police into solving her daughter's rape and murder.

Carroll told 12News in 2018 that the investigation revealed that Page’s death was staged to look like she was involved in a traffic accident but she actually died after being strangled.

Her father James Fulton put up several billboards in Vidor after becoming frustrated with the investigation.

One of them reads “Steve Page brutally murdered his wife in 1991. Vidor PD does not want to solve this case, I believe they took a bribe.”

“I read through the entire case file because of the billboards, I’ll be honest with you that pushed it forward in my mind coming into this community,” Chief Carroll told 12News in 2018.

Fulton is convinced his daughter’s husband Steve Page is responsible but police were not able to gather enough evidence to indict someone for the crime.

Chief Carrol does not mind that the case is in the spotlight, he hopes the movie can possibly spread the word about the murder investigation.

Page, who worked at The Hoffbrau in Beaumont, was recently separated from her husband of 13 years at the time of her death the investigation revealed.