It started as a traffic stop around 5 p.m. in Chambers County. 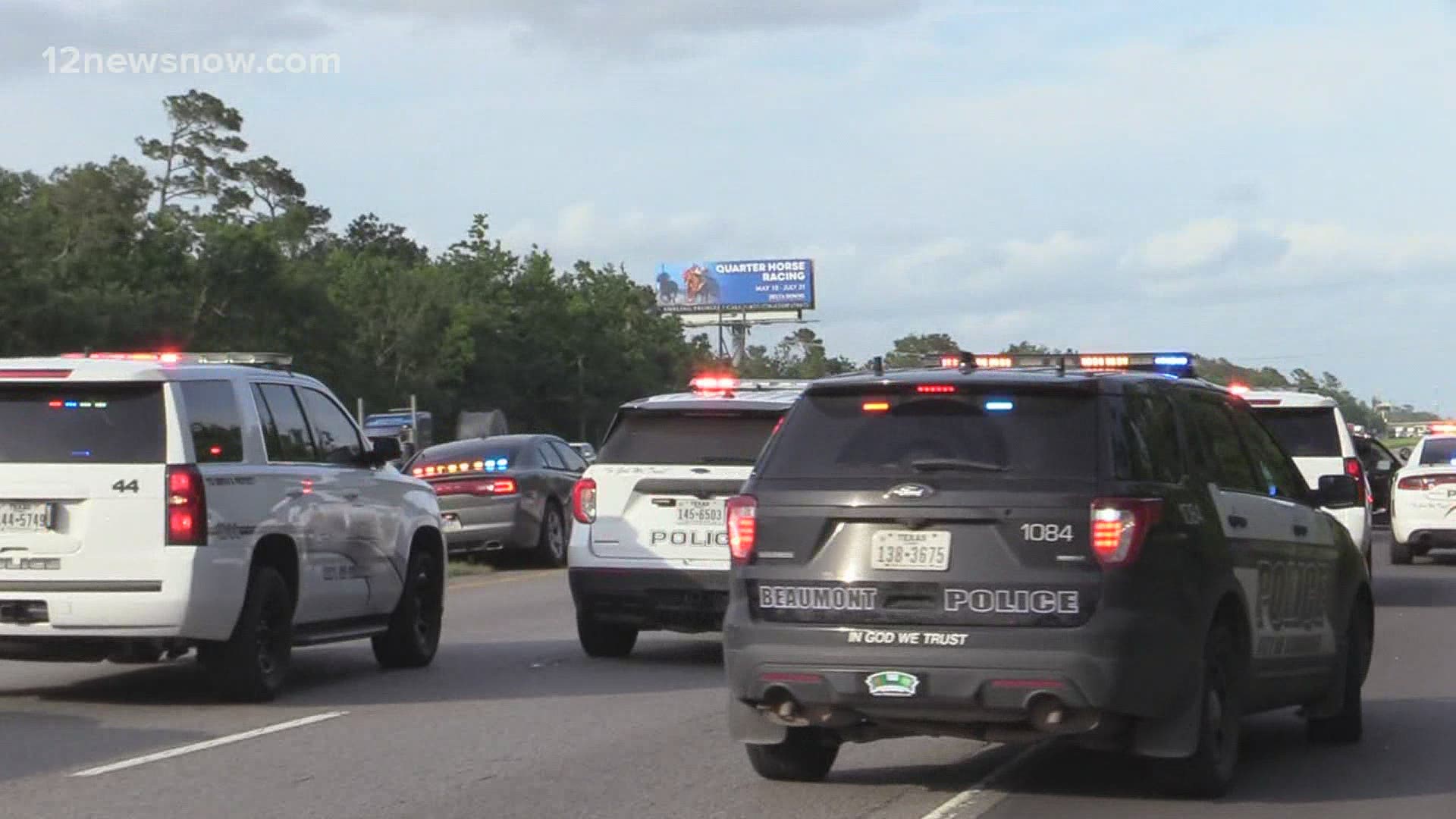 It started as a traffic stop around 5 p.m. on Interstate 10 near mile marker 810 in Chambers County.

Two deputies pulled over a purple 2017 Nissan Maxima with a Mississippi license plate and realized there was something suspicious. They called for a K-9 officer to search for drugs, according to the Chamber's County Sheriff's Office.

Dispatch ran the license plates and discovered that the passenger in the Nissan had a Louisiana murder warrant out for his arrest. Police have identified him as 19-year-old Tauj Chardez Taplin, of Kentwood, Louisiana.

Police records revealed that Taplin was wanted out of Bogalusa, Louisiana for homicide and was noted to be armed and dangerous with violent tendencies, according to a news release.

The driver, who initially identified himself as Tommy Butler, was asked to get out of the vehicle after deputies became suspicious that a criminal act may be occurring.

Deputies say when the driver realized they were about to arrest Taplin, he warned Taplin to leave.

While deputies were taking the driver into custody, Taplin dove into the driver's seat and took off in the Nissan. 12News crew was at the scene.

The chase continued into Beaumont, where the suspect was lost briefly.

Police say after a tow truck spotted the Nissan coming out of Beaumont on the Orange County side of I-10, law enforcement officials were able to catch up with him again.

Not long after, the man crashed the Nissan near mile marker 4 on IH-10 in Louisiana. In footage captured by 12News, the man was seen on the ground of the highway being put in handcuffs.

After the pursuit, a gun was recovered from the Nissan, and detectives involved in the murder investigation arrived to assist with the arrest. Taplin was taken into custody by authorities in Louisiana.

The original driver of the vehicle, who had reported himself as Tommy Butler, was actually Quardavion Tyvon White, 19. He is also wanted for murder, deputies say. White remains in the Chambers County Jail as of Thursday night.

This is an on-going investigation. We will update with more if and when we receive more confirmed information.