Clayton Foreman refused to leave his jail cell to go his extradition hearing on Thursday. 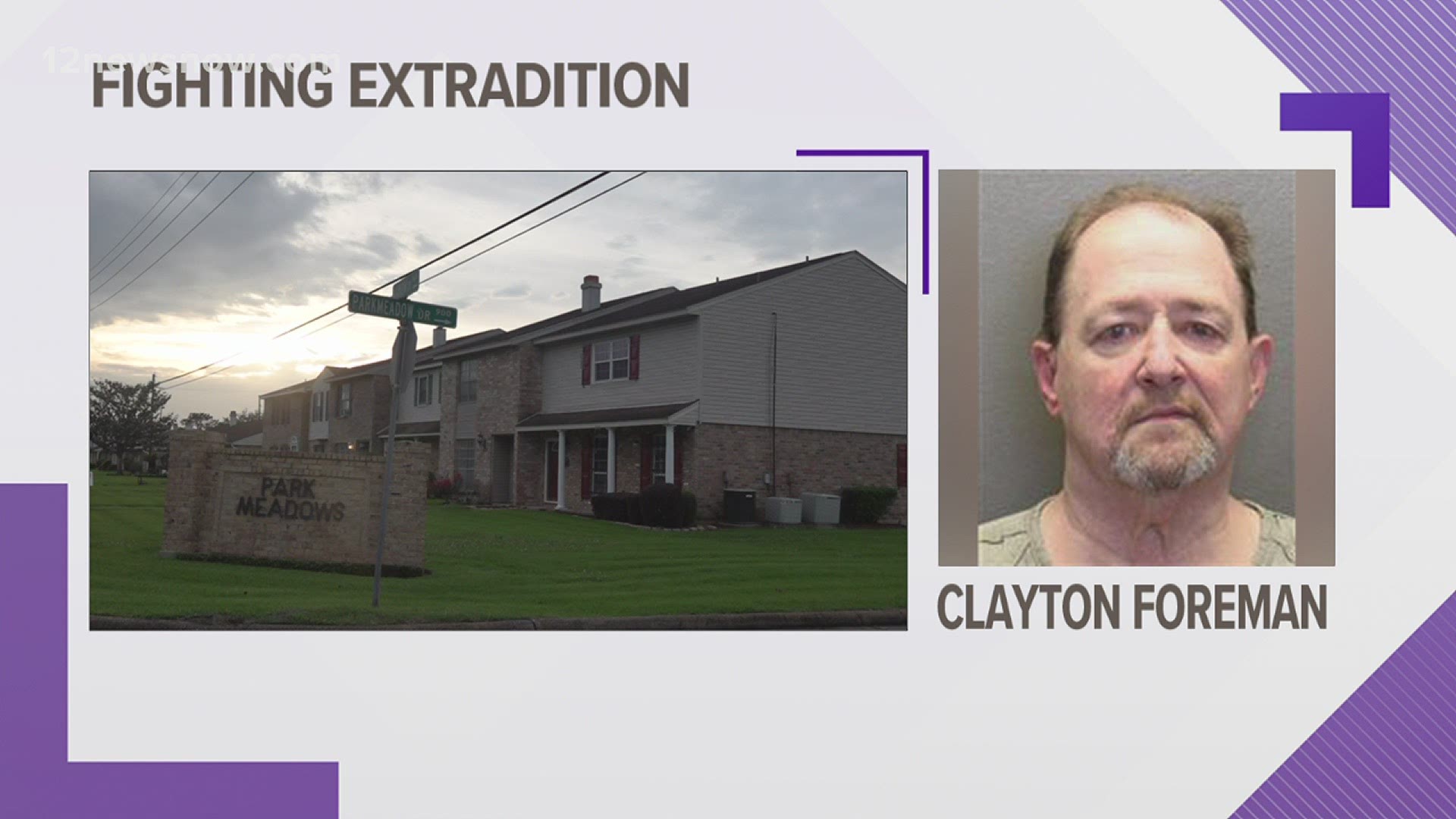 BEAUMONT, Texas — The Ohio man accused of killing a beloved Beaumont teacher in 1995, appears to be fighting extradition.

Clayton Foreman refused to leave his jail cell to go his extradition hearing on Thursday.

Now a “governor's warrant"  has been issued meaning the Ohio governor agrees with the request for extradition to Texas.

Typically in murder cases where there's no bond this all happens in 30 days.

The United States follows its “Uniform Criminal Extradition Act,” which is a standardized extradition process.

It's all about making sure states are on the same page.

Beaumont attorney Bruce Smith, who isn't connected to this case, talked to 12News about the process.

He says violations can happen during the extradition process but in the end it's really a matter of delaying the inevitable.

“Normally if you're going to challenge extradition the purpose of it is a delay tactic. Because there are very limited issues that you can raise if you decide you are going to fight extradition,” Smith explained.

In some situations, people have claimed mistaken identity or the person has tried to request bond in order to 'voluntarily' return to the state in which the offense was committed.

However with a crime of this nature Smith says it is very unlikely a judge would grant bond for Foreman.

Smith also noted that Texas has 30 days from the initial proceedings to pick up Foreman and bring him back to Texas.