Asher Dowell slipped away into the family's backyard pond Sunday afternoon while his parents were putting up groceries. 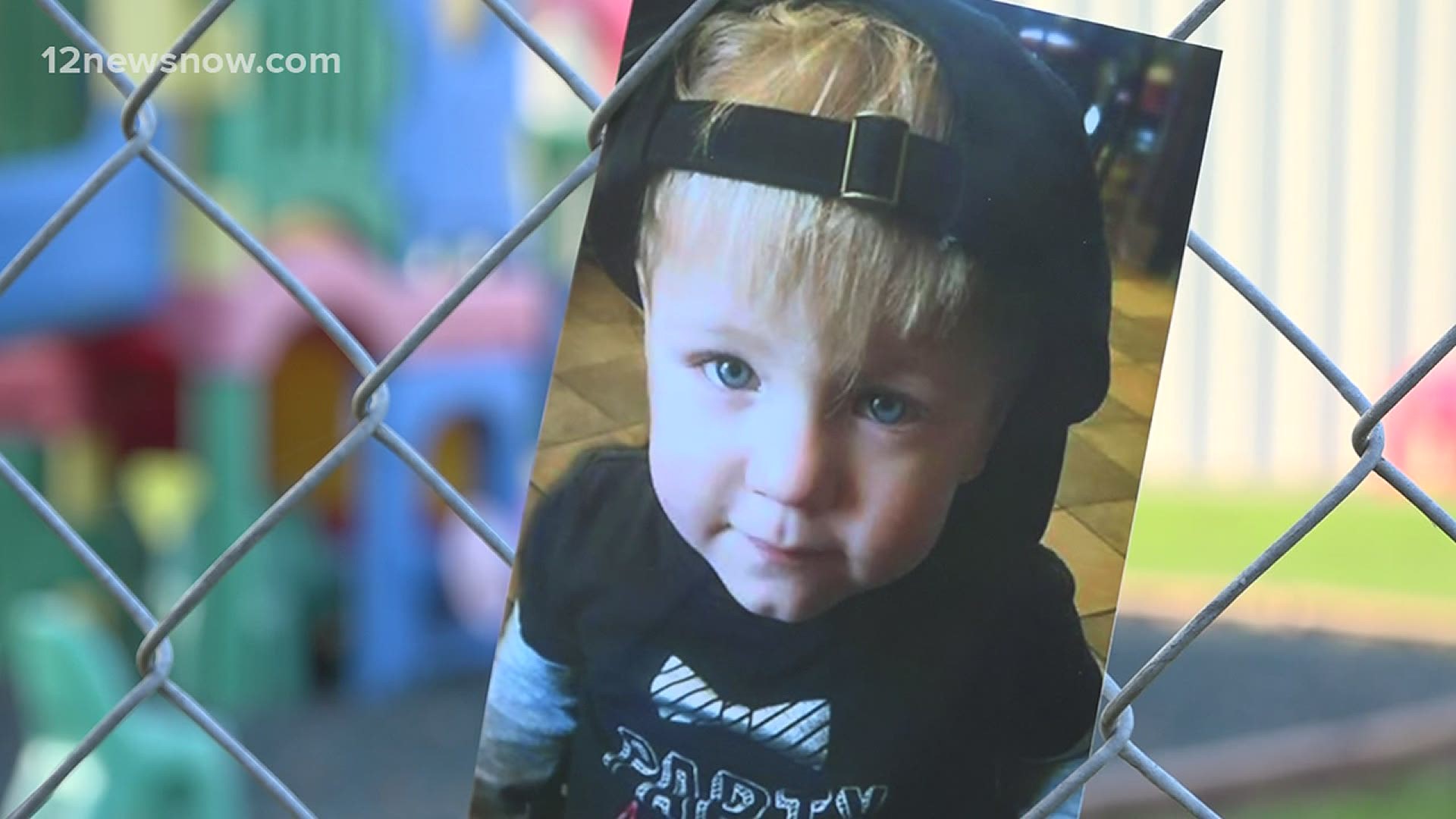 SOUR LAKE, Texas — The Sour Lake community is remembering a four-year-old boy for the happy miracle baby he was.

Asher Dowell slipped away into the family's backyard pond Sunday afternoon while his parents were putting up groceries. They called 911 when they found his tablet floating in the water, and first responders rushed to the scene to help save him.

"He was just all around a miracle, and he loved to sing," his mother Nissa Dowell said. "And if you weren't smiling, hold him for like 30 seconds, and you'd smile."

Asher was taken to a Houston hospital, where he lost his fight. During this difficult time, Asher's parents said they are extremely grateful for their community.

They said they wanted to thank everyone who reached out, brought them a meal or offered any kind of help as they try to find peace.

Four years ago, Asher Dowell came into this world a fighter. He weighed one pound and seven ounces and spend 122 days in the NICU before coming home.

Every day after that, his parents said he put a smile on the faces of those around him.

When they couldn't find him inside the house playing on his tablet Sunday afternoon, they called for him.

"We've had locks upon locks and safety kid locks, all that on doors," his father Jason Dowell said.

"And if you have a child with autism they don't answer you," Nissa said. "So we immediately ran outside and found his tablet floating."

His parents said they remain grateful to the first responders who did not give up on their son.

"He gave CPR from the moment he arrived on scene all the way to Baptist hospital," Jason said. "I would like to give him a shoutout and say hey man, thanks, you're more than welcome to come over at any time."

Jason and Nissa said Asher did not know how not to care for others.

As the family tries to find peace, they said it helps knowing their son was able to save others through organ donation.

"He's a miracle, and he's still our miracle and now he's somebody else's miracle, because he's saving their children," Nissa said.

Asher's memorial service will be held Saturday, Sept. 26 at First Baptist Church in Sour Lake at 2 p.m. The service is open to the public.

The community set up a Facebook fundraiser for the family to help with funeral expenses.

His parents also said they hope to start a scholarship in his name at his elementary school.