The Port of Beaumont will cover $83.2 million of the project costs. 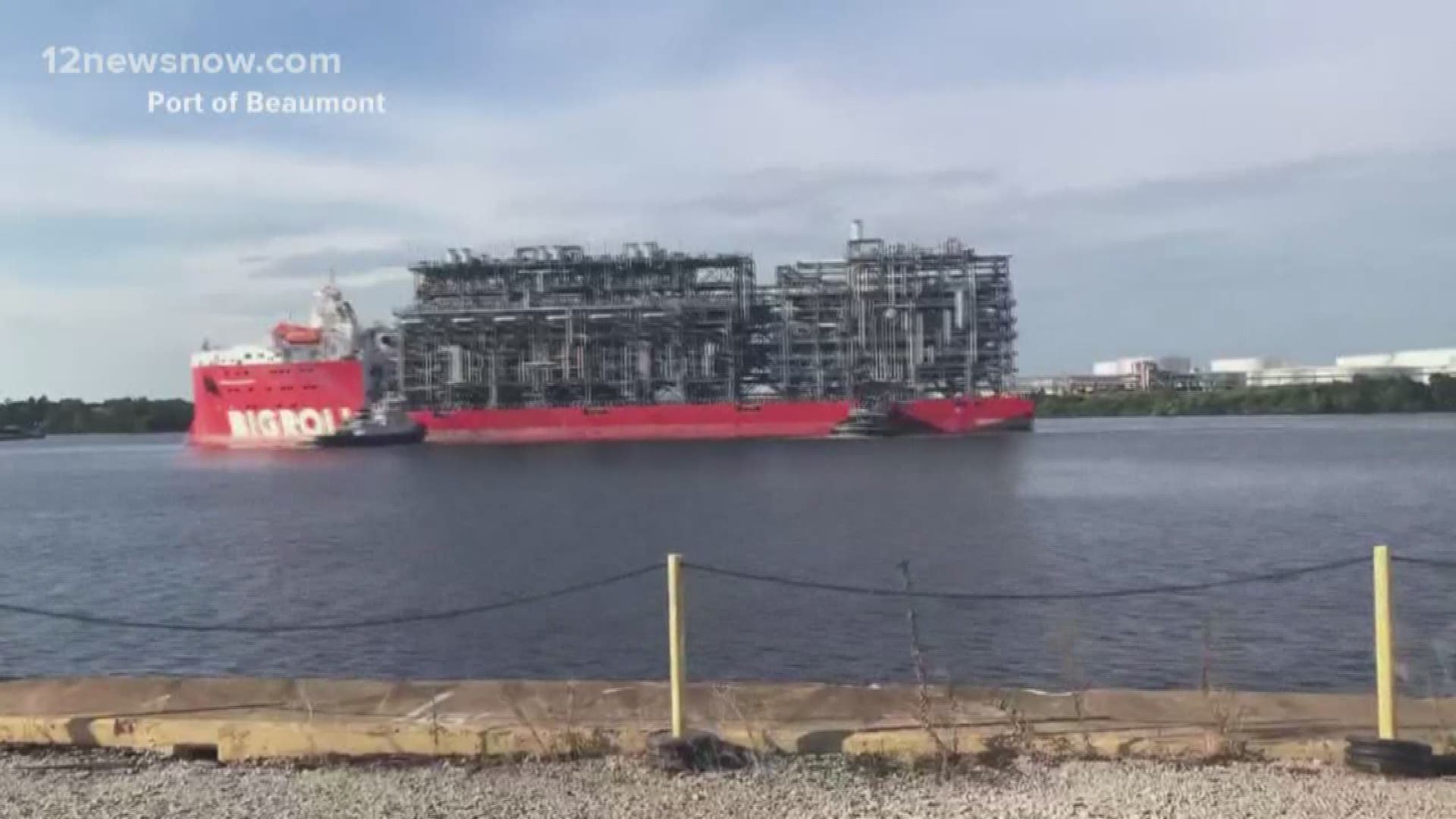 BEAUMONT, Texas — The Port of Beaumont is getting a helping hand in completing three infrastructure projects that will cost a total of $101.2 million.

On Nov. 6, the U.S. Department of Transportation announced the port will receive an award of $18 million to go toward the projects.

The grant will help pay for part of the Main Street Terminal 1 dock rehabilitation project, along with adding a second rail track and the rehab of the Grain Dock according to a Port of Beaumont news release.

The Port of Beaumont will cover $83.2 million of the project costs.

Dock service will be restored at three wharves that failed in 2011 by adding a new 1,150 square foot dock capable of helping increase cargo handling capacity at the port by 25% according to the release.

Project plans also include the addition of a new grain dock with greater capacity in hopes of making the facility more prepared for severe weather effects.

RELATED: Woman killed while working with cargo at Port of Beaumont, official says

From a Port of Beaumont news release:

On November 6, 2019, the U.S. Department of Transportation announced the award of an $18 million Better Utilizing Investment to Leverage Development (BUILD) grant to the Port of Beaumont for three significant infrastructure projects. Supporters of the project attended a ceremony at the Port of Beaumont on November 15, where U.S. Maritime Administrator Admiral Mark Buzby presented Port officials with the formal grant award.

"As you may know, President Trump and Secretary Chao have voiced their support and desire to rebuild our Nation’s infrastructure," said Admiral Buzby. "To most people, that means investing in roads and bridges, airports and rail. But certainly, there is a lot more to it, and the Administration has made clear that infrastructure issues include maritime issues."

The Main Street Terminal 1 dock rebuild is a $79 million project that will restore dock service at the former Wharves 2, 3 and 4, which failed in 2011. The new 1,150 square foot dock will be capable of handling breakbulk, heavy lift, military and project cargoes and will increase general cargo handling capacity at the Port of Beaumont by 25%. Activities generated from the new dock are expected to support approximately 3,158 direct, indirect, induced and related user jobs.

The Buford Rail Yard Interchange Track is a $13.2 million project that will provide two additional unit-train “slots” within the Port of Beaumont that will alleviate current rail capacity challenges. The project includes the addition of 16,000 linear feet of new rail track and realigning/upgrading 4,275 ft. of existing rail track. The Port is serviced by the BNSF, UP, and KCS Railroads, and currently there is only one track trains can use to enter and exit the Port, which causes congestion and delays. The construction of the second rail track will also serve to remove idling trains, waiting to enter the Port, from city streets.

The Grain Dock rehabilitation is a $16.5 million project that is a continuation of the current Port of Beaumont Master Plan and will ensure continuity and reliability of service at the Port's grain elevator. The completion of this project will provide the Port with a new grain dock, upgraded to modern standards, with increased structural capacity that will make the facility more resilient following severe weather events.

Texas U.S. Senators John Cornyn and Ted Cruz and Texas U.S. Representatives Randy Weber and Brian Babin were instrumental in securing the funds and advocated for the Port of Beaumont projects, which will have a national impact.

“Expanding the capabilities of our Port is a top priority and as we make these improvements, we know jobs and economic growth will follow," says Port Director Chris Fisher. "This is a huge win for Southeast Texas and it wouldn't have been possible without the work of our Board of Commissioners and our elected officials."

The projects supported by the grant will bring facilities to a state of good repair and improve resiliency, promote trade in energy resources, promote exports of agriculture and other goods; and advance technology-supported safety and design efficiency improvements by incorporating innovative approaches. Year-over-year, the Port of Beaumont experienced a 106.9% increase in liquid bulk cargo, 59.6% increase in dry bulk cargo, 36.4% increase in bulk grain, 23.9% increase in bagged goods, 68% increase in forest products, 104.9% increase in metal articles, and a 53% increase in project cargo, resulting in a 71.6% increase in tonnage overall. The projects being funded will create the added capacity needed to sustain this level of growth.