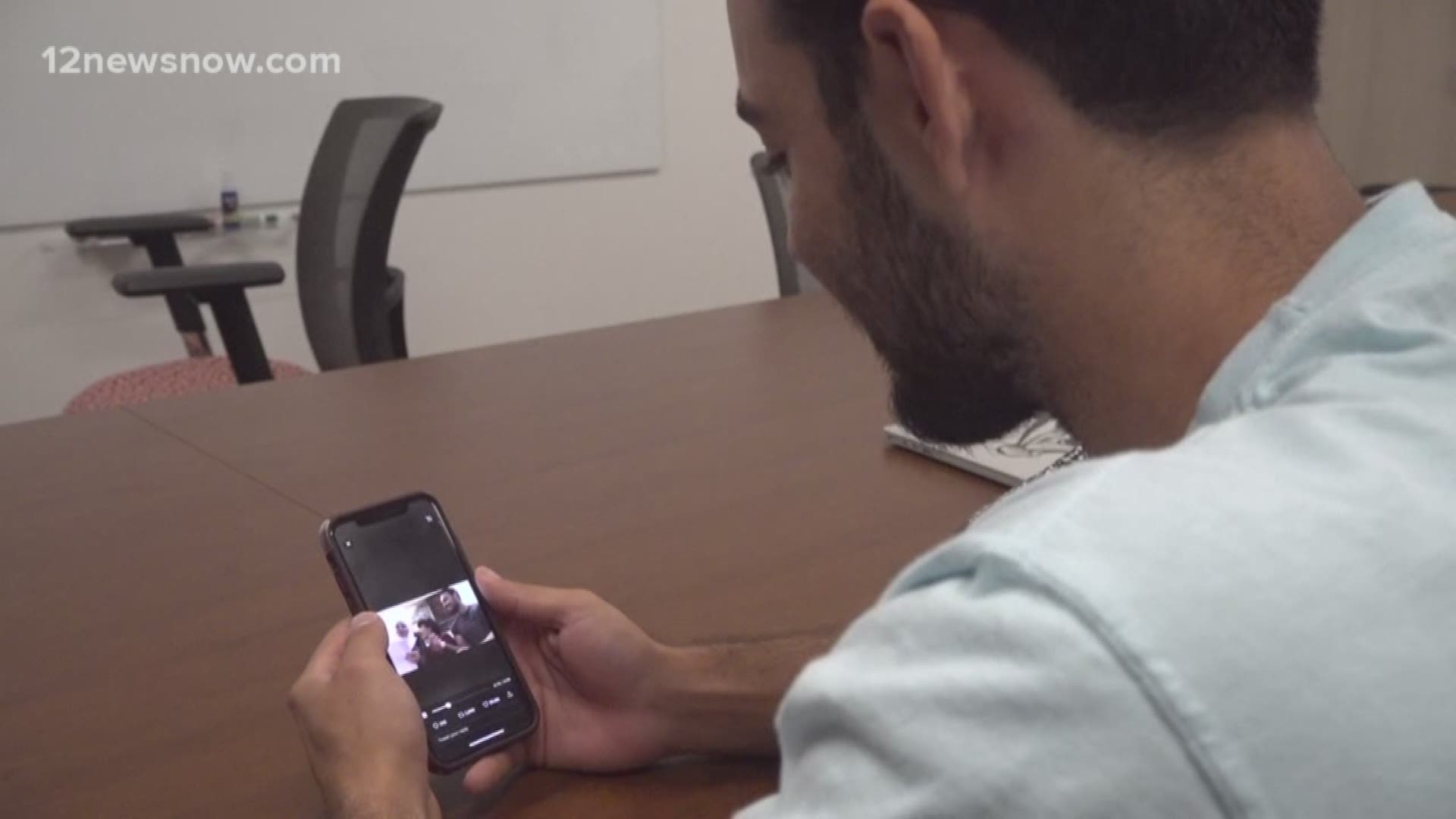 BEAUMONT, Texas — Lamar University senior Omar Hamza wanted to "be a little bit different" in how he told his mom he got accepted to Texas A&M's College of Medicine.

But the special moment between a mother and her son in their Port Neches living room, has now been viewed by hundreds of thousands around the world.

In the video posted to his Twitter account, you can hear Hamza's mom reading a series of tongue twisters off a sheet of paper. The funny family moment takes a turn as she goes to read what she thinks is another cluster of words.

As she reads the words out loud, she realizes they aren't funny. It takes her a second to finally comprehend that she's reading her son's acceptance letter to med school.

The moment is an "emotional tear-jerker," as Hamza posted on Twitter.

After fully processing what she read, her laughter turns to a speechless confusion of pure joy as she hugs her son with tears of joy.

"My family and friends invested so much in me to get this far," Hamza wrote in a separate Twitter post. "Every second was for them, and I can’t thank them enough. Hug a loved one today, never forget your roots and keep grinding y’all!"

He said the letter comes after thousands of hours of studying and years of work.

"I'm not an emotional guy, but I cried like a baby," Hamza said.

"It's crazy how it just spreads like wildfire," Hamza told 12News. "In a matter of hours it went crazy."

People from all over the world are now commenting and sharing the special moment.

"I'm getting messages like, 'congrats from London'," Hamza said.

@Teymour_Ashkan tweeted: "This is really sweet. Thanks for sharing and congratulations on getting into medical school!"

@Zacharyross1476 tweeted: "The pureness of this video...from your moms reaction to your brothers laugh! Congrats dude that’s awesome"

Hamza grew up in Port Neches, but his family is from Jordan.

He says he decided to become a doctor after a mission trip took him to the border of Turkey and Jordan.

He translated for doctors on the border and saw the huge need for healthcare.