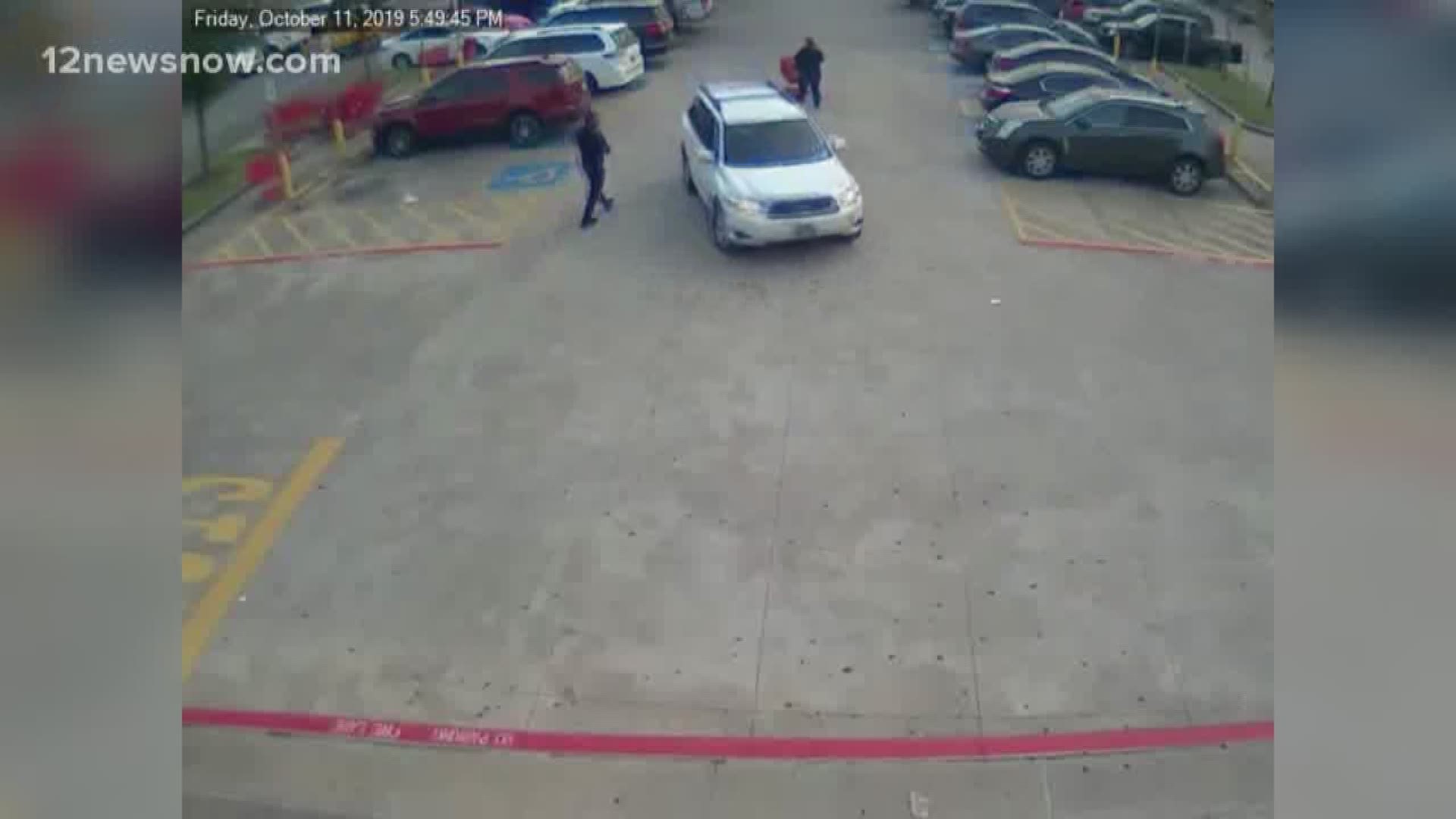 BEAUMONT, Texas — A woman's purse was snatched by a man in the Target parking lot early Friday evening as she was about to get into her car.

Shortly after the woman was robbed in broad daylight her credit cards were used just across the highway at Parkdale Mall in the Champs store and at a perfume store according to police.

The man can be seen on surveillance video following the unidentified woman right after she left the store about 5:45 p.m. according to a Beaumont Police Department news release.

In the video the man can be seen ambling along 10 to 20 feet behind the woman as she pushes a shopping cart toward her car.

Police say he snatched her purse from the cart and ran east through the parking lot along the side of the store toward Concord Road.

The suspect was described as a thinly built, 25-30 year-old, 6 foot tall, black male with short hair and an orange spot at the front of his hair. He was wearing a black jacket and black pants according to police.

He ran across Concord Road and into an apartment complex in the 5600 block of Concord Road behind Target police said.

Police say there are a few steps to follow to help ensure you stay safe.

RELATED: Man with jacket over face robs Dollar General in Orange at gunpoint

Friday, October 11, 2019 at approximately 5:45 PM, this subject below followed a female customer who was exiting the Target store and walking to her car.

Once she reached her car, the subject ran up and pushed her into a nearby vehicle, then snatched her purse from the shopping cart.

He was then seen running on foot into the apartment complex behind the Target shopping center, located at 5680 Concord Rd.

She described the suspect as a black male, 25-30 years old, dark complexion, 6’0, thin build, short hair with an orange spot in the front, wearing a black jacket and black pants.

The victim’s credit cards were used shortly after inside Parkdale Mall at Champs and a perfume store.

If you have information about this crime contact Southeast Texas Crime Stoppers at 409-833-TIPS or download the P3 TIPS app and use your smartphone or tablet to submit your tip.

All tips are anonymous and you could be eligible for a cash reward.