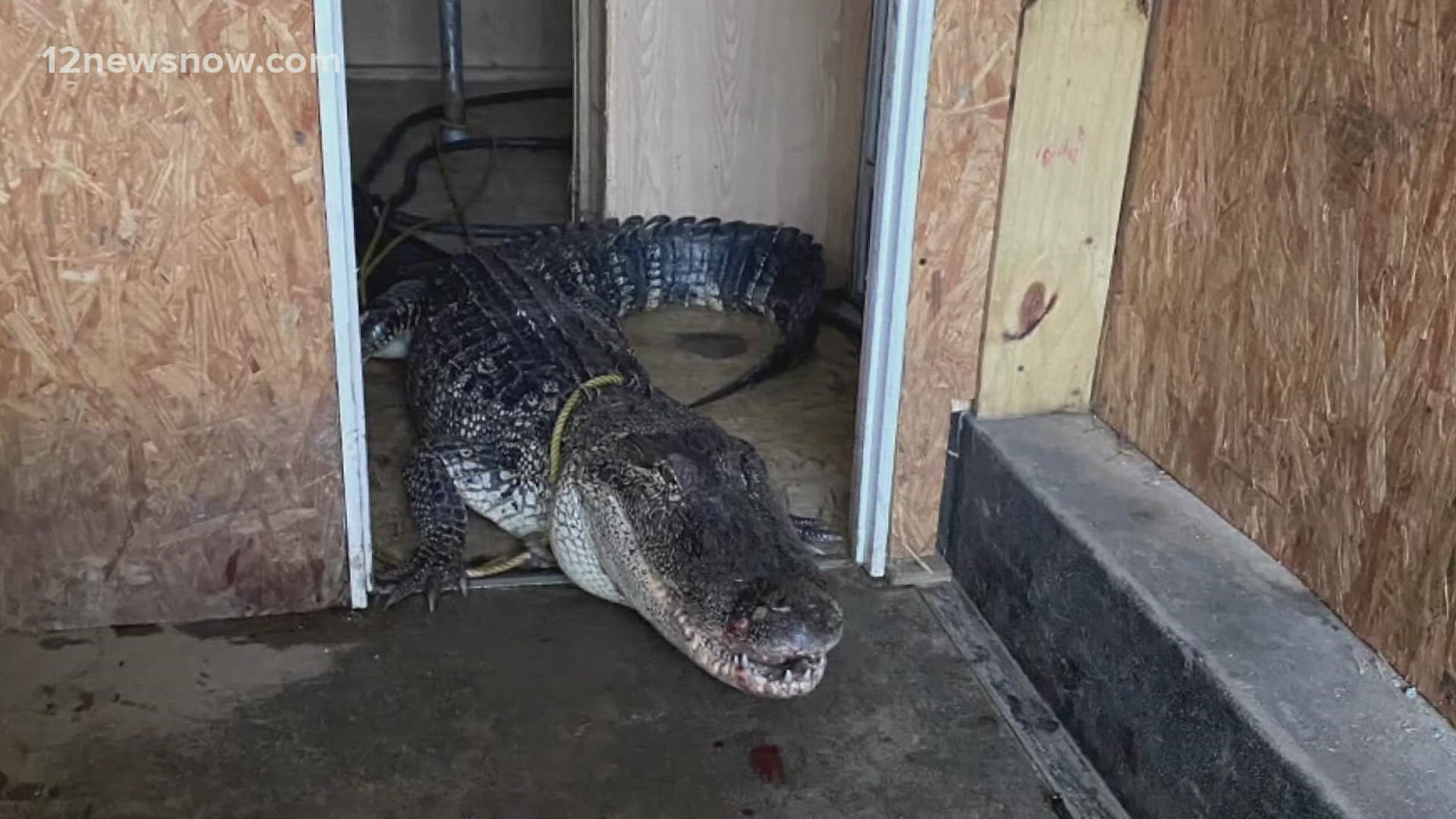 BEAUMONT, Texas — During the peak of Tropical Storm Nicholas the folks at Gator County, an Animal Rescue Service in Beaumont, responded to an unusual call.

Deputies contacted the gator experts around 4 a.m. because the nuisance gator was on the loose and blocking traffic.

"I guess the alligator was trying to evacuate," posted Gator County on Facebook. "We did get it."

However, the gator was not happy about his capture and decided to take matters into his own hands by reportedly breaking down one of the doors at the park once he was there.

Gator County has decided to name him Major Nicholas.

This is the alligator the we had to move from I-10 and major dr. At 4am last night in the storm. He tore the damn door off.

Extra precautions are being taken at the park to protect two Southeast Texas gems, Big Al and Big Tex!

Saurage released a video Monday ahead of Hurricane Nicholas' landfall along the Texas coast to announce some news that he said will help Southeast Texans sleep a little better.

“Guess what we got at Gator Country? That’s right. We got something they ain’t getting out of,”  Saurage said.

Thanks to the massive, newly installed fence at Gator Country, the creatures will be safely kept in their homes if more flooding occurs across Southeast Texas.

“Big Al and Big Tex, they’re sleeping here tonight. You don’t have to worry about it being in your garage in the morning,” Saurage said.

The Beaumont adventure park has been prone to flooding in the past. Heavy rainfall in May 2021 caused the gators to be pushed out of their enclosures.