BEAUMONT, Texas — The world-famous Budweiser Clydesdales will be stepping through downtown Beaumont as they make their Mardi Gras appearance for 2020.

The eight-horse “hitch” will be harnessed up to the red Budweiser Beer wagon for several parades at Mardi Gras Southeast Texas on February 20 - 23, 2020.  The huge horses are often referred to as “Gentle Giants” according to the Mardi Gras of Southeast Texas website.

The horses are scheduled to be available beginning at 5 p.m. Thursday, February 20, 2020 at the “Clydesdale Mobile Stable” according to Budweiser.com.

You can find the mobile stable in front of the event center on the northeast corner of the Great Lawn.

Be sure to stop by and take a picture with these beautiful horses and share it with 12News!

Here’s more about the Budweiser Clydesdales from Budweiser.com…

More than 300 years ago, this imposing breed was first developed for farm work in the region of Clydesdale, Scotland. They are most easily recognized for their substantial feather — the long hairs of the lower leg that cover the hooves. Despite a dressy appearance, they are capable of pulling a 1-ton load at 5 MPH.

The Budweiser Clydesdales made their first-ever appearance on April 7, 1933. A gift from August A. Busch, Jr. and Adolphus Busch to their father in celebration of the repeal of Prohibition, the presentation of the original two six-horse hitches of champion Clydesdales moved father, sons and drivers to tears. The phrase “crying in your beer” was officially coined shortly thereafter. 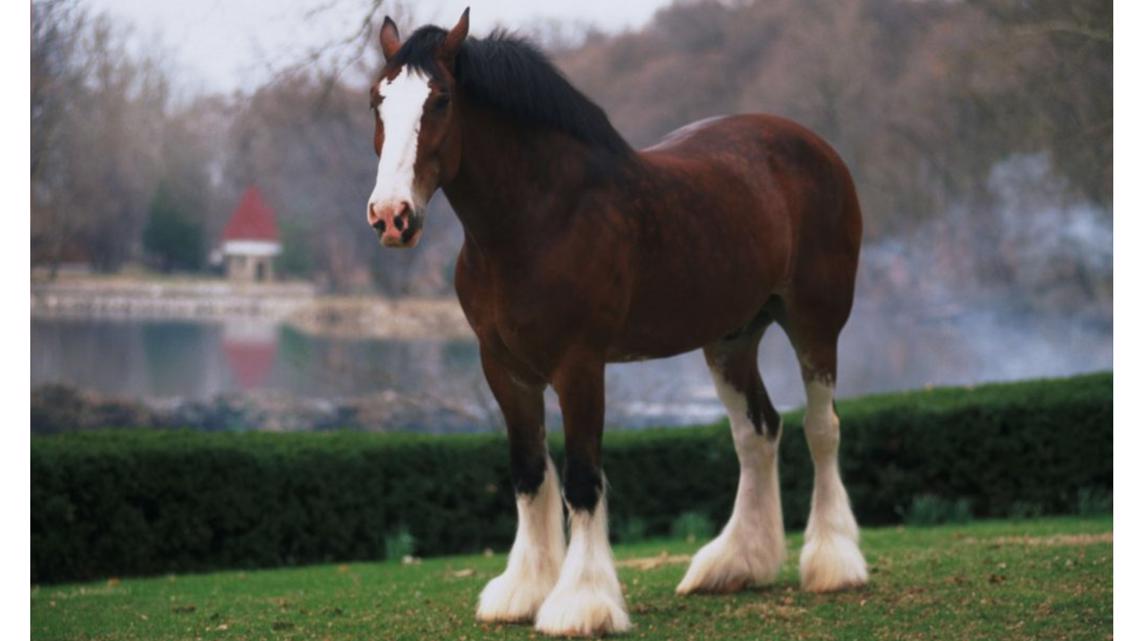 No strangers to television broadcasts and parades, the Budweiser Clydesdales have figured prominently in two Presidential inaugurations. They appeared in Missouri native Harry Truman’s inaugural parade in 1949, and then again for Bill Clinton’s in 1993.

In 1950, the Budweiser Clydesdales received their very own mascot: the Dalmatian. Traditionally used to guide horse-drawn fire carts, this spotted dog serves as friend and companion to the team, sitting aside the driver. To see if they are visiting near you, check out the hitch schedule.